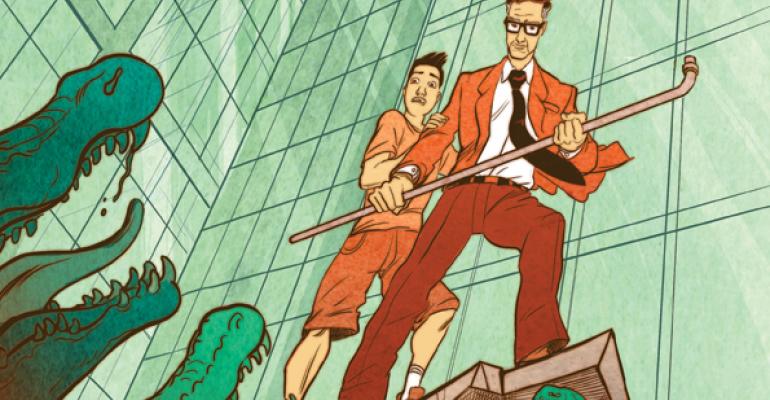 If the advisor profiles ahead are any indication, succession planning takes significant effort and forethought.

If a client, say a small business owner in his or her mid-fifties, came into your office without any clue about how much their business was worth, no exit strategy and no plan for passing it on to beneficiaries in some financially-efficient way, you would rightly feel that you have not done your job.

But that is exactly the situation facing many principals of small financial advisory firms. Advisors are, on average, a little over 50 years old. Yet a Moss Adams study found that only 29 percent have a succession plan. Among those without a plan, the majority has no idea what their practice is worth, according to a 2012 survey by Aite Group and NFP Advisor Services Group.

“The thing that makes it newsworthy and concerning is just the sheer volume,” says Kendra Thompson, an executive in Accenture’s Wealth and Asset Management Services, which recently conducted their own study on advisor succession planning.  “That really has to do with demographics and the baby boomer population.”

Anywhere from 12,000 to 16,000 advisors will retire every year for the next decade, triggering the need for 237,000 new advisors over that period to maintain the industry’s current headcount, according to Pershing Advisor Solutions. And the amount of assets up for grabs? Huge. Advisors over the age of 60 account for $2.3 trillion of assets, Cerulli Associates says.

So why are most advisors procrastinating and not planning for the big transition? Whether they choose to monetize the book of business by selling to another advisor, merge with an external firm, or transition the practice internally, succession planning can be ripe with perils and pitfalls.

Unlike a widget factory, for instance, valuations are not based on book value because the business lacks hard assets. Instead, value is based on intangibles such as personal relationships, judgment and trust. It’s hard to put a multiple on those.

Could advisors be leaving money on the table by not planning ahead? If the pages ahead are any indication, succession planning takes significant effort and forethought. You would want the same for your clients. Why not for yourself?

Kids hold a special place in their parents’ heart, but that doesn’t mean they get the run of the business the minute they get in the door. Bud Kahn, a Pittsburgh-based advisor, wants his 25-year-old son Aaron Kahn to work for it.

Before Aaron joined the firm nine months ago, Kahn required that he work for another company for a year to learn “how to be an employee rather than the boss’s kid,” he says. Aaron found a job in marketing and sales at a tech-related start-up, but soon hit a plateau.

Of course, being the boss’s kid doesn’t mean easy street at Kahn’s firm, Wealth Management Strategies, either. Kahn put him on a five-year development plan, which started with him earning his license. Now Aaron is working on getting his CFP designation, which should take another year, and then he may go through an M.B.A. program to develop skills on the strategic side of the business, rather than just the client service side.

He started his son at the same salary he would’ve paid an outsider doing the same marketing and communications job that Aaron is focused on. When he reaches certain benchmarks—the first being when he passes the CFP—he will move up to a salary of an entry-level financial planner. As he gains more clients of his own, he’ll shift to a full incentive-based compensation package, Kahn says.

In fact, Kahn can be even tougher on his son than other employees.

“With someone else I might be a little bit more subtle in terms of how I criticize constructively; with Aaron I was more direct,” Kahn says. He spells out the rules in no uncertain terms with Aaron: “‘Number one—when you come in here, you shave every day. Number two, when we have clients, you wear a suit and tie.’”

Aaron originally studied journalism at the University of Indiana, and for a brief time wrote for Skiing magazine in Boulder, Colo. The skiing was good; the money was not. “It just wasn’t conducive to the lifestyle I like to lead,” Aaron says.

As part of his marketing responsibilities, Aaron is revamping the firm’s website and social media presence. He’s also charged with bringing in his own clients, those in the 25- to 35-year-old demographic. To do that, Kahn lifted the firm’s usual asset minimums, and created different models for smaller portfolios, a good strategy to build business among younger generation prospects.

As far as equity ownership in the firm, it’s too early in the game to even discuss it, says Kahn.

“I want to see that he demonstrates the ability to carry this firm into another generation.”

When Michelle Grist says, “Nice weather we’re having,” she’s not talking about a sunny, summer day outside the office in the Chicago suburb of Oakbrook Terrace, Ill. Mary Williams, who is both Grist’s colleague and mother, knows the phrase is code for “time to stop talking about work.”

Joining your mother’s financial advisory practice can be great; Williams and Grist work out together, play with the grandkids together and even have similar taste in clothes. But the line between the personal and the professional can often become densely tangled. So when Grist, now 35, joined Williams’ firm in 2005, they developed the code phrase. “There was a point in time where Michelle said, ‘Look, sometimes I just need you to be my mom,’” Williams says.

Williams, 66, didn’t necessarily want her daughter to follow in her footsteps. “Nobody starts out when their child is in diapers thinking, ‘This child is going to be my business partner.’” She was upfront about how difficult the business can be, drawing on her own experience.

Williams taught literature at the University of Chicago before becoming a financial advisor, and started out cold calling business people with very little luck. “I was so terrified, I developed sort of a psychosomatic laryngitis; I just woke up one morning and couldn’t speak.” But as a single mother, she felt she had no choice.

The stories didn’t scare her daughter away. While studying psychology at North Central College, she interned for another group of advisors in the Merrill Lynch office where her mother worked in part to “study team dynamics.” After graduation, she joined the business.

“I came out of the gate with an overwhelming sense of responsibility because I thought, ‘Oh God, if I don’t know, what could I do to people—people who trusted my mother for over 25 years?’”

Her timing was impeccable: She joined just prior to the 2008 market crash and on the cusp of having her first child. Their futures were uncertain as Merrill Lynch struggled to find options for its survival. On top of all that, her husband was diagnosed with a near-fatal illness while she was pregnant.

But they both persevered: Bank of America acquired Merrill Lynch, and her husband recovered. The mother-daughter team has since moved to RBC Wealth Management, where they focus on helping clients transfer wealth to the next generation.

At RBC, they don’t have a hard minimum account size; that lets them serve clients’ children early on in the relationship, which is crucial to keeping them as clients after the parents have passed away.  They are actively engaged with about 75 percent of the adult or near-adult children of their clients.

Merrill had no such option, they said. “One of the problems with that was it was alienating those children and grandchildren that were the apple of the eye of the older generation with money, and that’s just suicide, financial suicide,” Grist says.

That focus will help: In June, Williams celebrated 30 years in the industry, and when she transitions into retirement, Grist will be key—not only to her succession plan but also to continue developing the future of the practice they built together.

“[Advisors] have to confront at some point the mortality of not only themselves, but their book of business,” she says. “If you’ve been in the business 30 or 40 years, who are your clients? Mostly dead.”