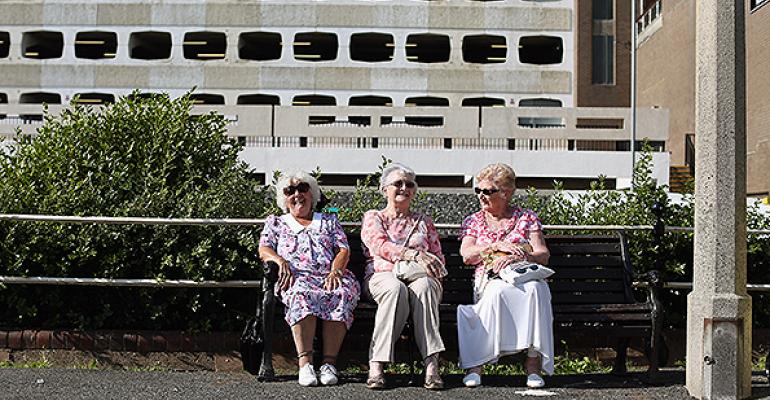 You'll be forgiven for missing it, but Tuesday was national Equal Pay Day, a chance for advocates to point out how wide the national gender wage gap still is in the U.S. (For the record, on average, women who work full-time earn just $0.78 for every $1 dollar men earn.) But the issue of equal pay isn’t just about the check employees take home—it bleeds into retirement, as well, as Sallie Krawcheck has pointed out. On average, men’s IRA balance in 2012 was nearly $140,000, compared with less than $82,000 for women, according to the Employee Benefit Research Institute. Vox.com calculated that the gap between male and female retirement savings is nearly $200,000.

RIAs should view technology as an investment, not a cost, according to the RIA in a Box Compliance Blog. That may sound painfully obvious, but too many firms have trouble seeing the return on their tech spending, and often, then, don't spend anything. But those firms that are "aggressive" in adopting new technologies are the ones that grow the fastest. According to an RIA in a Box survey, firms that adopted new technology grew assets under management by 12.71 percent in 2014 compared to AUM growth of 3.25 percent for firms that did not. But, the company warns, don't try to build your own platform until you reach at least $100 million in AUM. Buy a system instead.

The Endowment Index, based on the portfolios of over 800 educational institutions, returned 2.92 percent in the first quarter 2015 (on a total return basis), outperforming the S&P 500's 0.95 percent. The index represents investment portfolios that incorporates alternatives and modeled on the endowments' allocations. The asset classes with the largest gains over the quarter included private equity, up 0.7 percent, emerging market equity/China, up 0.68 percent, international developed equity, up 0.47 percent, and hedge strategies, up 0.31 percent.

TD Ameritrade is accepting applications for its NextGen Initiative, a program to introduce the RIA industry to younger and more diverse people through $2 million worth of scholarships, grants and a long-term sponsorship of Texas A&M University. In it’s third year, TD is offering two new scholarships specifically to women and minorities, bringing the total number of $5,000 scholarships offered to 12. There are also two grants available for universities and colleges looking to expand their financial planning programs. Students pursuing a four-year degree in financial planning or universities looking to boost their programs have until June 1 to apply.