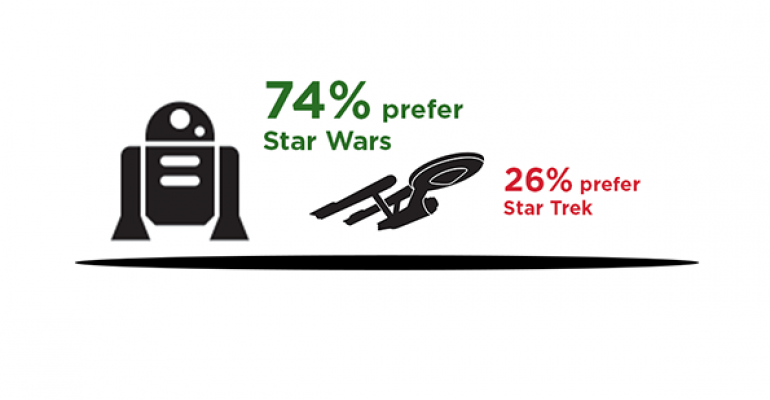 Star Wars A Winner With Advisors Over Star Trek

The much anticipated "Star Wars: The Force Awakens" movie hits U.S. theaters on Thursday and many advisors say they’re fans of the franchise. In fact, advisors claiming to be "Star Wars" aficionados outnumber those who prefer "Star Trek" 3 to 1.

"Do or do not, there is no try." - Yoda #StarWars #Quotes #InvestWithMe pic.twitter.com/8pNwRB4AkT

Merrill Lynch had the most "Star Wars" fans, at 84 percent. Meanwhile Edward Jones had the most Trekkies, but it was still only a third of respondents.

Age also played a factor. Among advisors under 45, only 11 percent picked "Star Trek" over "Star Wars." Perhaps the J.J. Abrams reboot of the series in 2009 didn’t sway younger audiences from their love of "Star Wars."

Advisors aged 55 to 64 had the highest percentage of trekkies, which makes sense considering they would've been teenagers when the series first aired. "Star Trek" has been around slightly longer—the live action TV show debuted in 1966, while the first "Star Wars" movie premiered in 1977.

In addition, larger advisors showed a preference for "Star Wars," with 77 percent of advisors with $200 million or more in assets favoring that franchise. 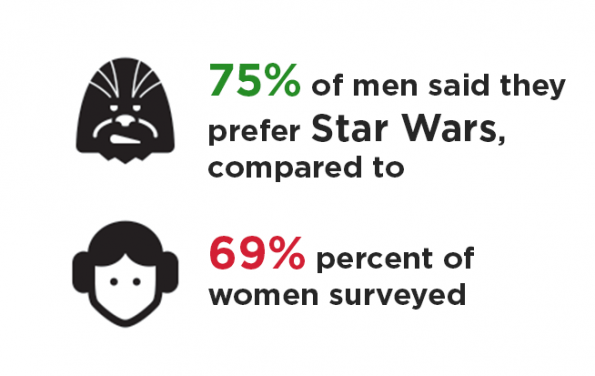