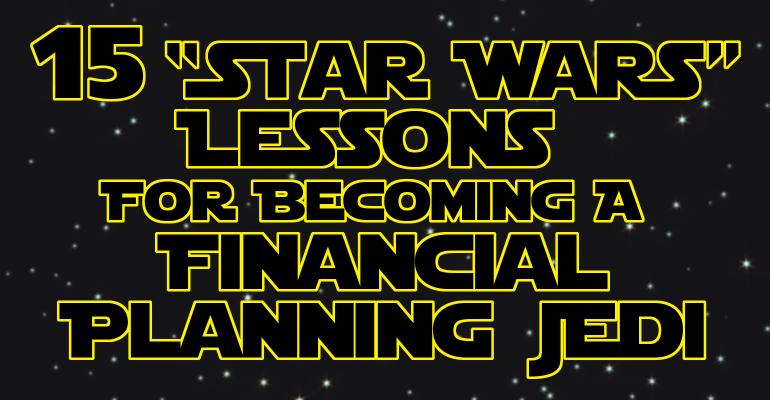 In 1977, “Star Wars” introduced us to Luke Skywalker, a young farmer from a remote world who is thrust into an adventure when he meets Obi Wan Kenobi, a wise and powerful Jedi knight. Over two more movies, we follow Skywalker’s progression to Jedi, and in the 2000s, a prequel trilogy showed us the story of Anakin Skywalker, Luke’s father, and his path towards evil. Last year, the series was born again to tell the story of Han Solo and Princess Leia's son, his turn to the dark side, and a mysterious new warrior to fight him.

It’s one of the most beloved film franchises of all time. And unless you've been living under a rock, you know the eighth installment in the series, "Rogue One," arrives this week. Excitement is reaching a fever pitch, and advisors aren’t immune. Many on the WealthManagement.com staff are fans as well, so to celebrate, here are 15 lessons from “Star Wars” to help you become a financial planning Jedi.