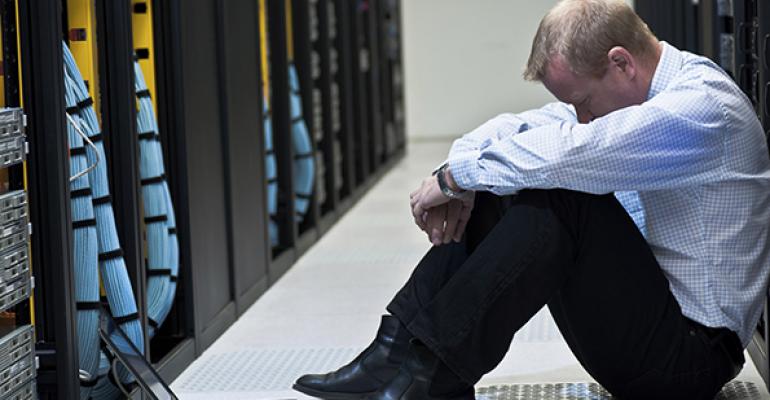 'People Are The Weakest Link'

There’s so much chatter about the flood of cybersecurity threats around financial services firms, and the technology that can hold it at bay, it’s easy to forget most lapses are the result of personal negligence - even among people who should know better. The chief financial officer of a London-based hedge fund inadvertently gave over some transaction codes to a late Friday caller who claimed to be from the fund’s bank and was trying to cancel some suspicious account activity. On Monday morning, $1.2 million was missing. The fund fired the financial executive and sued him; he claims he was making an honest attempt to protect the fund.

Following the Supreme Court’s historic ruling legalizing same-sex marriage, Lesbian, Gay, Bisexual and Transgender (LGBT) Americans are looking for additional education around their financial planning needs. According to a new survey by Wells Fargo, more than half of LGBT couples say they have lot of financial planning work to do. Almost three out of four admit they do not fully understand how legal marriage will affect their rights to workplace pension benefits or an inheritance from a spouse. And while almost half (48 percent) of LGBT Americans in same-sex marriages have a financial advisor, less than 18 percent consulted with a financial or legal professional before getting married. “There are many unanswered questions out there, and as an industry we must keep working hard to provide useful information same-sex couples need in order to achieve their financial goals,” says John Lake, LGBT Segment Manager at Wells Fargo.

Former Maryland Governor and potential Democratic presidential candidate Martin O’Malley recently announced his plan to end student debt; to demonstrate solidarity with those wilting under such burdens, he revealed that he’s personally taken out nine loans totaling $339,200 to send his two daughters to college. It doesn’t take a financial genius to realize that this number is a little fishy for only two students, one at a public school, but that didn’t stop Inside Higher Ed from having financial aid experts weigh in: “Nine federal parent PLUS loans totaling $339,200 works out to be $37,689 per loan. That is greater than the federal parent PLUS loan amount borrowed by 99.9 percent of parents.” O’Malley and his wife each drew six figure incomes at the time of the loans, leading one expert to claim their borrowing "makes no sense. It just means they are very poor financial planners." Maybe O’Malley’s student debt problem isn’t so relatable after all.

Esoteric investments—such as art, classic cars, racehorses—are risky and usually not viewed by advisors as prudent, long-term holdings. But a recent study by New York-based Aranca Investment Research found the most sought-after collectible wines, as measured by the liv-ex Fine Wine 100 Index, are up an annualized 9.2 percent over the last 10 years, outpacing the MSCI World Index and the S&P 500, among others. Gold was the only asset class that outperformed fine wine, at 10.4 percent. Vino also has a correlation of less than 0.4 to other asset classes, the study found. For example, the wine index had a correlation of 0.23 with the S&P 500, 0.17 to gold and 0.33 to the S&P World Commodity Index. Drink up! Or, better yet, keep it in the bottle. It may be the best investment you've ever made.