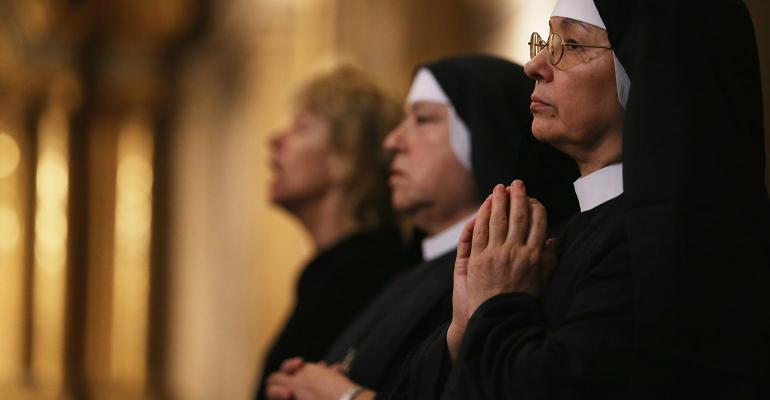 Investing in the Common Good

Some wealth management firms are developing platforms for providing specialized socially responsible investing for their clients, according to Institutional Investor. Morgan Stanley, for example, launched its Catholic Values Investing Tool Kit in early October, which invests according to the guidelines of the U.S. Conference of Catholic Bishops. So far, 1,200 advisors are on board. The firm plans to introduce other SRI programs, such as environmental and social, as well as those geared to other faiths by the end of this year, the publication says. But one Merrill Lynch advisor, who also works with SRI investors, says there is disparity among faith-based investors, even if they’re part of the same religious denomination. “There are some orders of nuns in particular that are very leery of owning any company that gets a preponderance of its revenue from military contracts or from weapons, James Ryan told the publication. “On the other hand, there are those who quote St. Augustine’s just-war doctrine.”

Genworth launched LTC Source on Wednesday, an online resource with educational training, sales and marketing information to help advisors sell long term care insurance products. According to Genworth research, 57 percent of consumers have not talked about a long term care plan, and Lou Hensley, the chief commercial officer of Genworth’s U.S. Life Insurance division, thinks tools like LTC Source can help advisors start the conversation. At the center of the website is the Solution Selector, which determines a long-term care funding plan based on an individual client’s needs and concerns. The tool will recommend products ranging from traditional, stand-alone long-term care insurance to products with long-term care riders and flexible annuities that provide more income when confined to a medical care facility.

A Minneapolis-area financial advisor has been sentenced to more than seven years in prison for stealing upwards of $1.1 million from 24 clients. Susan Elizabeth Walker, 51, of Plymouth, worked for Ameriprise Financial when she committed the fraud. According to BrokerCheck, she was fired from Ameriprise in March 2013, and permanently barred from the industry in July of that year. According to the Fraud Bureau of the Minnesota Department of Commerce, Walker stole from her clients by misusing her access to their retirement accounts, drawing checks on their accounts and depositing the funds into accounts she controlled. She also opened brokerage accounts in her own name and in the names of several clients without their authorization. She used the money to hide funds stolen from other clients and to pay for private school tuition and expensive vacations. “Walker stole her clients’ life savings by abusing her position of trust,” Minnesota Commerce Commissioner Mike Rothman said. “Many of Walker’s victims were seniors who counted on her to manage their accounts responsibly, but instead she diverted their hard-earned savings to finance her own lavish lifestyle."

Late in life divorces are becoming increasingly common, according to a recent article in The New York Times. The growth of so-called “silver (or gray) divorces” is attributed largely to the improving status of women in the past few decades. Previously, an unhappy wife may have lacked the resources to take corrective action; but today, a divorce is no longer a crippling financial burden. Longevity is also playing a role. Where once “sticking it out” in an unhappy relationship post retirement realistically meant five or so years before one of the partners died, that option is less palatable now that retirement can be expected to span decades. Planners need to be prepared for the possibility of silver divorce and ensure that outdated assumptions aren’t allowed to jeopardize a client’s financial plan.