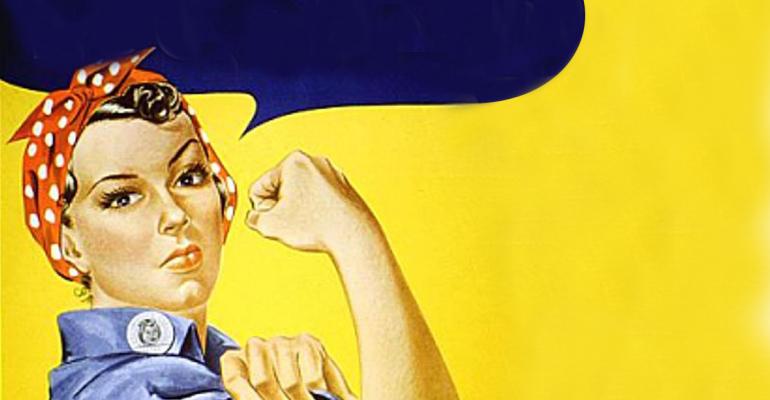 The Fund Industry May Have a Bigger Women Problem

Despite industry efforts to get more women into the industry, the ranks of financial advisors are still dominated by men. (Females accounted for only 21 percent of the respondents in our recent 2015 Compensation Survey.) But, perhaps more overlooked is the fund industry’s lack of women; less than 10 percent of all U.S. fund managers are women, and females run only 2 percent of assets and open-end funds, according to a new Morningstar report.

By contrast, men manage about 74 percent of the industry’s assets and 78 percent of funds; mixed-gender teams make up the rest.

And while the absolute number of women fund managers has gone up over the years, the percentage of women has not grown proportionately with the rest of the fund industry, said Erin Davis, senior equity analyst at Morningstar.

“The numbers don’t seem to be improving over time in other, arguably similar professions,” Davis said. “On its face, having such a low representation of women indicates that there’s some sort of issue. Women are much more represented in other industries that require similar levels of school and training. But women don’t seem to be entering or staying in investment management to nearly the same degree as law or medicine.”

Women are more likely to be doctors, at 37 percent of the industry, lawyers, at 33 percent, or accountants or auditors, at 63 percent, Morningstar says.

Yet, there is evidence that more diverse management teams slightly outperform those with men only. Teams with both men and women had an average 10-year category rank of 44 percent, compared to 47 percent for men-only teams and 54 percent for women-only teams.

But with only 2 percent of total funds being managed by women, Davis believes the sample is too small to draw any conclusions about the performance of women-only teams.

Other studies, however, have shown women do outperform. A 2013 Rothstein Kass study found that the average female-led hedge fund returned 6 percent from January 2007 to June 2012, while the HFRX Global Hedge Fund Index was down 1.1 percent over that period.

“I think as more and more wealth is transferred into the hands of female investors due to demographic changes, more women in the workplace having retirement accounts and that sort of thing, better and more diverse representation would be something that investors would naturally be interested in,” Davis said.

The fund industry’s leaky career pipeline could be one reason for the lack of women, Davis said. While nearly six in 10 bachelor’s and master’s degree recipients are women, only 37 percent of MBAs went to women in 2013. 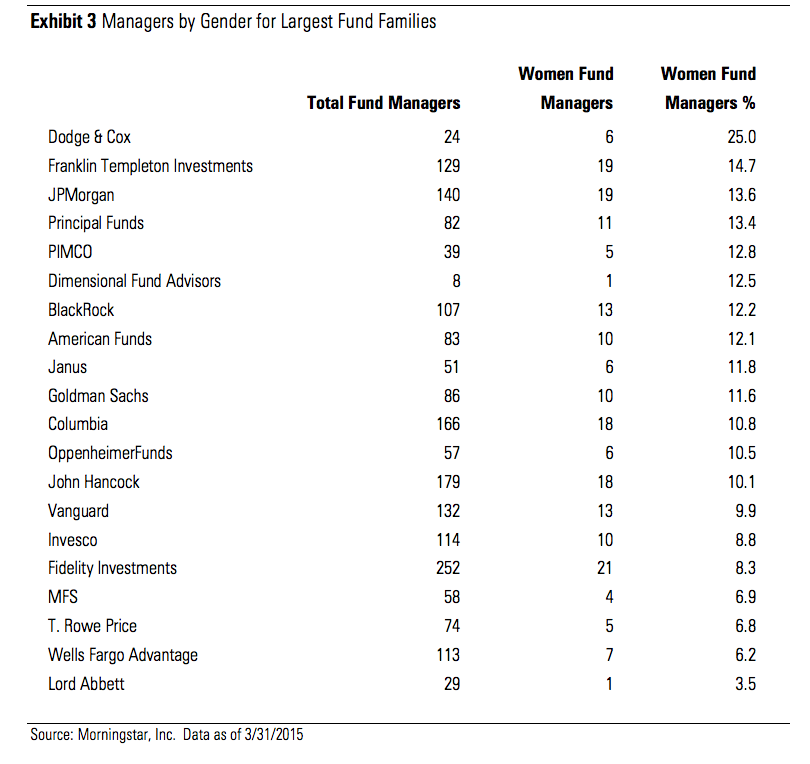