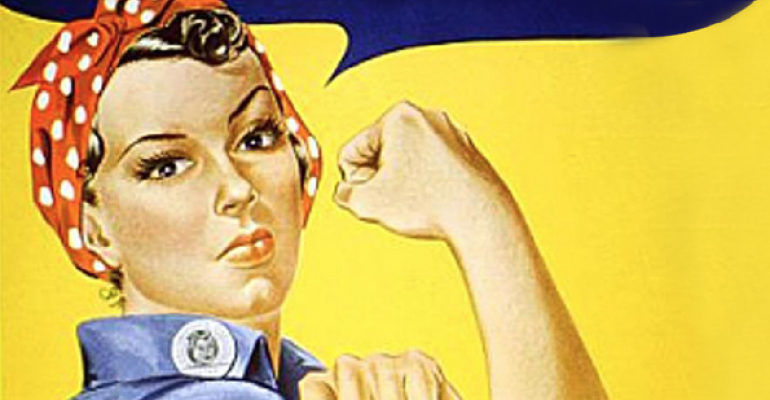 In this industry, it’s still a man’s world, as we’ve written time and again on this site, and the hedge fund industry is no different. And while women may be in short supply at hedge fund events, they can at least boast better performance than their male counterparts.

According to a new study by Rothstein Kass, an index of 67 women-owned or -managed hedge funds returned 8.95 percent for the first three quarters of 2012, versus 2.69 percent for the HFRX Global Hedge Fund Index. The women managers also outperformed the HFRX and the S&P 500 over a five-year period.

The HFRX is a good proxy for male performance, as the hedge fund industry is dominated by men. In Rothstein Kass’ survey of 366 women in the alternative investment industry, only 16 percent were at women-owned or -managed firms.

Meredith Jones, director of Rothstein Kass and author of the report, attributes the outperformance in part to women’s tendency to be more risk-averse; in that way, they’re more likely to avoid market downturns.

It’s not that women can’t capture the upside, but if there’s a perception that something’s particularly risky, with no payoff, women tend to avoid those more than men, Jones said. And studies show that the missing the market’s worst days is more important than capturing the best days.

In addition, women tend to manage smaller pools of assets, and studies have shown these smaller pools typically outperform larger pools because they’re better able to navigate the markets.

“When you put the ability to deal well with risk, which has certainly been something that’s needed with the markets being as volatile as they’ve been, and the ability to be very nimble with the smaller fund size, we think that has a lot to do with the outperformance,” Jones said.

“Nobody’s saying that you shouldn’t invest with male managers,” she added. “The whole hedge fund industry is about looking for alpha, and this is just another way to slice the data in an attempt to find a subgroup that can provide alpha.”