/sites/all/themes/penton_subtheme_wealthmanagement/images/logos/footer.png
Recent
Recent
11 Must Reads for the CRE Industry Today (Dec. 1, 2022)
Nov 30, 2022
Energize Your Portfolio: The Metals and Miners Critical to Battery Production
Nov 30, 2022
Meta Scales Back NYC Hudson Yards Offices in Cost-Cutting Pivot
Nov 30, 2022
European Landlords Want to Sell, But Buyers Are on Strike
Nov 30, 2022
Featured
The 10 Best and 10 Worst States in Which to Retire in 2021
Jul 15, 2021
I’m an Advisor. This Book Changed My Life
Aug 31, 2022
Fifteen Must-Listen Business Podcasts for Advisors
Aug 14, 2020
Celebrity Estates: Jay Leno and Planning for Classic Car Collections
Feb 22, 2022
The Daily Brief
brought to you by 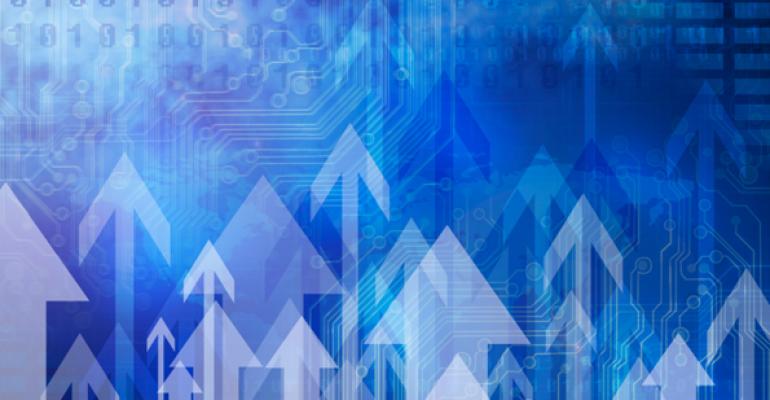 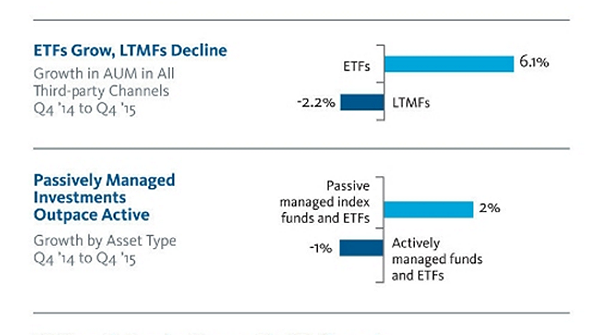 According to new data released Thursday by Broadridge’s Fund Distribution Intelligence, ETF assets increased $124 billion in 2015, hitting an all-time high of $2.2 trillion. Comparatively, long-term mutual fund assets decreased by $161 billion to $7.29 trillion. Wirehouses had the largest decrease in actively managed products in 2015 and also saw a 2 percent increase in passively managed funds and ETFs. Broadridge’s estimates of ETF growth are actually on the conservative side. Dave Nadig from FactSet recently said ETFs saw $243 billion of net new money in 2015. Nadig warned at the Inside ETF conference that the increased popularity of ETFs could exacerbate liquidity issues in the high-yield bond market, as well as increase the popularity of inverse and leveraged products.

The Battle Has Just Begun

The fight over if, and how, to implement the Department of Labor’s rule may be ending, but Knut Rostad says the battle over the meaning of fiduciary duties and the “best interest” standard is only beginning. He argues that the debate is about opposing principles, rather than forms of compensation. “It pits a sales standard, which exists to distribute products and embraces market practices, versus a trusted advice standard which exists to serve clients first and curbs market practices,” according to the white paper released Thursday by the Institute for the Fiduciary Standard. Further, the paper notes that the industry standard for mitigating conflicts, disclosures, is ineffective and may even harm investors.

The Hidden Risks of Mutual Funds

Mutual funds may be more costly than they appear, according to a new white paper by Gurtin Fixed Income Management, a registered investment advisor managing $9.9 billion in assets. Retail fund investors tend to buy high and sell low, so managers are compelled to time their trades poorly, the report says. That poor timing leads to fund flows that negatively impact performance, Gurtin claims. Negative fund flows can force managers to sell off illiquid assets at discounted prices, creating a negative feedback loop where losses on sales and outflows reinforce each other.

A new study by PricewaterhouseCoopers and George Washington University revealed that millennials have an "alarmingly low level of financial literacy," marked by risky behavior such as overdrawing checking accounts and use of payday loans. The study, which analyzed the financial characteristics of 5,500 people born between the early 1980s and mid-1990s, found that 30 percent of millennials have overdrawn their checking accounts and 42 percent used alternative financial services such as pawn shops, auto title loans and payday loans. Eighty percent also had major debt such as student loans. In order to pay down that debt, 17 percent with a retirement account took loans against it in the past year and 14 percent took out a hardship withdrawal, according to the study. “Millennials represent 80 million shoppers,” PwC Partner Steve Barr said on Yahoo Finance. “It's very important to the economy that the millennials really get their act together from a financial literacy standpoint.”