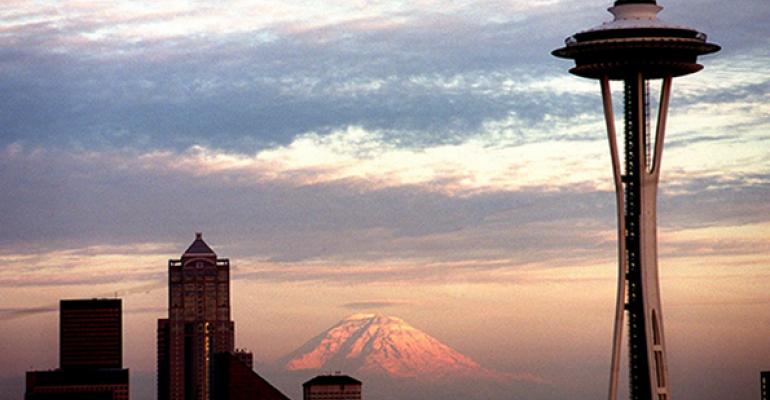 The Best And Worst States for Entrepreneurs

If you want to be an independent financial advisor, you’re an entrepreneur. And where is the best place to be an entrepreneur? According to a new ranking of the best and worst states for starting a business by GOBankingRates, Washington is the best, due to the high survival rate of startups, its high per capita GDP of $60,476 and sixth lowest tax on business in the nation. That’s followed by Wyoming and California. West Virginia was dubbed the worst state for new businesses for having the highest rate of business deaths in the nation. The state also has a startup density of 81.4 per 100,000 residents, the lowest in the nation, GOBankingRates said. To come up with the ranking, GOBankingRates looked at nine different factors on the strength of existing small businesses and startups.

Fidelity First Up On Apple TV

The new Apple TV was released Friday, substituting streaming services with an app store and opening up its code to outside developers. Fidelity, which has existing apps on other apple devices, is one of the first brokerages to now appear on Apple TV. The firm took a slideshow approach, featuring rotating panels of real-time market data, including top daily gainers and losers, a bull and bear of the day, most active stocks, and market performance both in the U.S. and globally. Fidelity suggests the slideshow approach makes their app “ideal for public spaces in businesses or companies, as it allows viewers to quickly stay on top of the financial markets.” Users can also navigate to a live Bloomberg TV screen, individual stocks, funds and ETFs, and a portfolio of recently viewed equities.

The Who, What and Why on Tax Extenders

How did we get stuck with the annual game of Congress approving an oddball collection of temporary tax breaks, usually at the last minute? Politico’s Brian Faler looks at this year’s estimated $85 billion package, which includes a break for Puerto Rican rum, one for NASCAR tracks and the unimpeachable $250 deduction for teachers who purchase classroom supplies. All in all, Congress is set to extend more than 50 provisions this year, some of which have gone through the renewal ritual dozen times.

How to Engage Millennials

Millennials are interested in building and passing along their wealth, yet they remain skeptical of today's financial advisors. Why? John Bird of Yodlee writes for American Banker that it's because most financial services firms have yet to fully embrace new the technology and data that speak to millennials. Firms need to start by accepting that Generation Y is distrusting of financial advisors and make available to them tech-enabled, data-driven, user-friendly services that are transparent and objective. That will allow the client to see their options and lessen the trust gap.