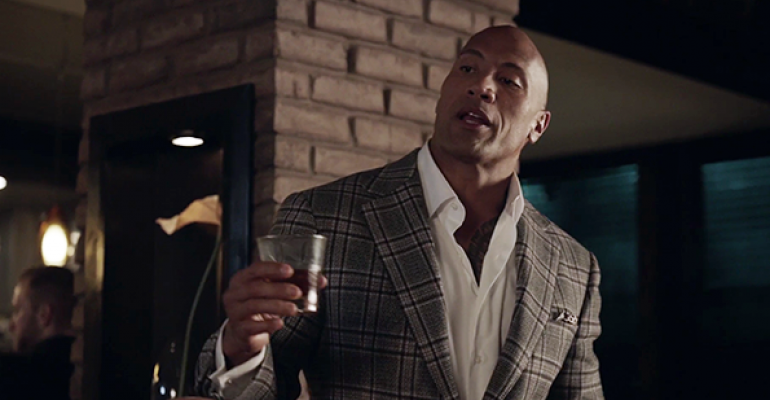 Dwayne “The Rock” Johnson’s Spencer Strassmore makes some difficult calls to close out the first season of HBO’s Ballers. (Warning, spoilers ahead.)

Season one has been a roller coaster for Strassmore and the ride doesn’t stop in the show’s season finale. Strassmore walks into the office to find that “Hurricane Joe” Krutel (Rob Corddry) lost his temper and tore up his office upon learning that he was fired.

But the setback forces Krutel to speed up his plans to open his own practice, pressuring Strassmore to join him even as Mr. Anderson (Richard Schiff) gives him a promotion and plans to put the former player in charge of a new sports division.

Strassmore wrestles with his loyalty to Krutel, but eventually tells him that he’s not ready to leave Anderson Financial. But neither does he want to give up what he’s built with Krutel. With that in mind, he eventually convinces Anderson to take Krutel back, a decision that split real-life advisors watching the show.

“As advisors and leaders, clients look to wealth managers to be calm in the storm, not the Tasmanian Devil on a path of destruction,” says Jordan Waxman, managing director and partner of HSW Advisors at HighTower. “I would not take him back. Anyone that volatile is a major liability, and I am surprised he was not arrested, but this is TV.”

Yet Palash Islam, owner of Synergy Financial Group, says he understands where Anderson is coming from, adding success is about empowering your teammates—on and off the field. “If Spencer felt that strongly, I would support him in bringing Joe back," Islam says. "Some of my best relationships in life and business came from rocky beginnings. Depth in relationships occurs by working through the ebbs and flows of life.”

In the end, Strassmore and Krutel close out the season still a team, with several successes under the belt, as well as the knowledge and experience to handle difficult situations. But as Anderson explains to Strassmore: “The path to success is peppered with landmines, one misstep and boom.”

While the show was certainly filled with Hollywood hyperbole, certain aspects became more realistic as it went on, says Gary Kloppenburg, a client of Islam’s who is currently serving as an assistant coach for the Indiana Fever, a WNBA team.

Particularly around the portrayal of players grappling with retirement and the end of their careers.

“Working in this business for about 20 years, I can say first-hand that suffering an identity crisis and/or trying to determine what to do after retiring is a very common and real challenge faced by professional athletes,” says Justin Bass, managing director of True Capital Management. “From my experience, the number of athletes that retire broke pales in comparison to the number of athletes that retire with money in the bank but are unable to change their lifestyle after their higher earning years come to an end.”

From the opening credits, and the title, one would think the show is about football. No so, says Waxman. “It is really about all the facets of professional sports: the dirty little secrets, the excesses, the upside and downside of fortune and fame, and sports wealth management in the spotlight.”

“The reality is, for every player like Vernon [Littelfield], who has substantial guarantees and a lifetime of wealth, there are five or six other players who make a good salary for a few years and then are out of sports—trying to make ends meet, or managing an auto body shop.”