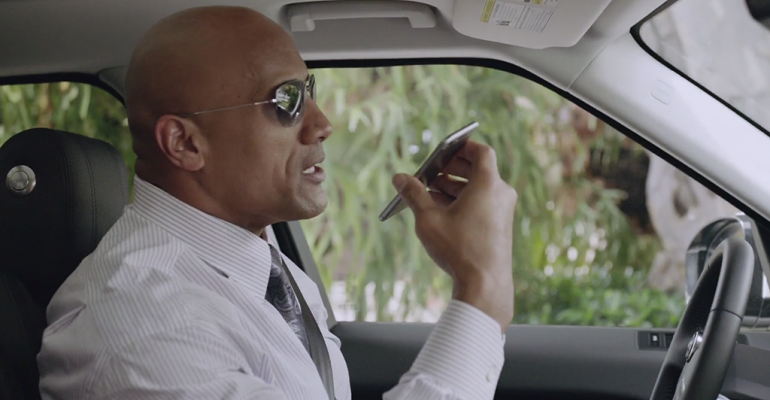 On the latest installment of HBO’s Ballers, Dwayne “The Rock” Johnson’s Spencer Strassmore is called in to clean up several players’ messes—raising the question: how do you juggle needy clients? (Warning, spoilers ahead.)

With multiple clients in crisis mode, Strassmore and his colleague at Anderson Financial, Joe Krutel (Rob Corddry), split up in order to regain control. The sixth episode of Ballers finds Krutel attempting to drive down the price on a set of compromising photos taken of client Vernon Littelfield (Donovan W. Carter).

Krutel turns on the charm offensive when he meets the lawyer selling the photos at the racetrack to talk terms. They settle on $150,000, to which Krtuel notes, “that was easy.” But as Noah Croom, legal counsel for Goodwin Sports Management, points out, it is unlikely a financial advisor would be negotiating the payoff.

“I think [Krutel] will self-destruct at some point. Trying to be close friends and party with potential clients like he does will lose him the respect he'll need to gain the confidence of those players,” says Gary Kloppenburg, who is currently serving as an assistant coach for the Indiana Fever, a WNBA team.

Juggling time-intensive clients like Littelfield and Jarrett comes with the territory though, says Erik D. Averill, an advisor with Scottsdale, Ariz.-based Athlete Wealth Management Group, which works with 125 athletes across the MLB, NFL and NBA.

“Given an athlete’s complex lifestyle and lack of financial education it is critical to have an advisory team that dedicates the time and resources necessary to helping the athlete achieve success,” he says.

“It’s important to have boundaries and be respectful with a framework of communication that is healthy,” adds Palash Islam, owner of Synergy Financial Group who works with professionals like Croom, as well as athletes and coaches like Kloppenburg. “There may be times to spend more time with one client than another, but for us, there is an ebb and flow with clients depending on their personal situation.”

While Krutel is tied up at the track, Strassmore is on damage control duty for friend and client Ricky Jarrett (played by John David Washington, a former football player and, fun fact, the son of Denzel) after it comes out publicly that he slept with his teammate’s mother.

Strassmore tells Jarrett to stay home and keep quiet. For Jarrett, that means hanging out at his “fun house,” which includes a game room, arcade, pool (a.k.a the “love pot”), the “freak room” with a spinning bed and surround sound system, a home theater and a dance club complete with a foam machine.

While the "fun house" is another Hollywood exaggeration, it does bring up the issue of how professional athletes - and other ultra-high-net-worth clients - make investments in homes and real estate.

“We advise our clients to rent homes where they play unless they intend to establish roots, and even then to be smart about real estate, and use LLC's and pay for large umbrella policies to minimize and mitigate liability in the home," says Jordan Waxman, managing director and partner of HSW Advisors at HighTower.

“What’s important to understand is it’s unsustainable to carry those costs when they stop playing. That’s when a majority of the time, they sell at a loss,” Islam says.

But Croom says houses are one of the better investments players make. “I prefer a client buy a house as opposed to cars or jewelry,” he says. “Some of them get carried away "tricking" them out, but you just hope most of the amenities enhance the value of the property.”