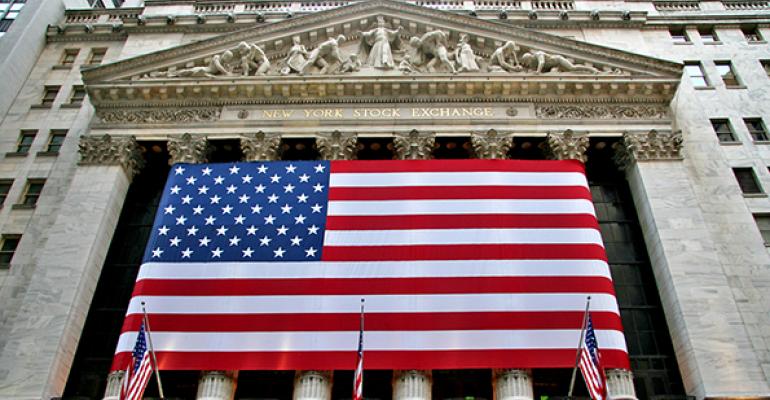 Are Index Funds Too Popular?

Like democracy, index funds are the worst system investors have, except for all the others. That’s the conclusion reached by Canadian investment advisor Dan Bortolotti, writing on his blog Canadian Couch Potato. He points to a New York Times article on the dangers that lurk beneath the ease of investing in index funds, which made the long-argued case that index funds inflate the prices of their component stocks. Broad cap-weighted indexes are not perfect, and they may indeed suffer more during a downturn than stocks not in the index, Bortolotti writes, but what’s the alternative? “Active fund managers should be licking their chops if they think index funds are distorting stock prices … and yet over the five years ending June 30, some 78% of all US equity funds lagged their benchmarks, according to the latest SPIVA report card. That number jumped past 86% for small-cap core and small-cap value funds."

When you hear about people stockpiling cash and food in preparation for the next financial collapse, it sounds a little extreme. But that’s exactly what Jonathan Johnson, chairman of Overstock.com, is doing for his employees. In a speech to the United Precious Metals Association, Johnson said the firm has stashed $10 million in gold and enough food to feed every employee for three months, according to ZeroHedge.com. If another financial crisis hits, Johnson expects there to be a banking holiday, and he doesn’t want the company to be left in the lurch. “We want to be able to keep our employees paid and safe and our site up and running during a financial crisis,” he said.

How To Avoid HFT

Barry Ritholtz knows the enemy, and it's high-frequency trading. Writing on Bloomberg View, Rithholtz pines for the days when stock exchanges were nonprofit public utilities, before algo-driven traders drove the markets, resulting in "flash crashes" and other chaos. So he welcomes Luminex, the new private trading platform that was designed specifically to keep out high-speed traders (and profiled here in the Wall Street Journal). Luminex, which includes 73 institutional participants, requires its members to have at least $1 billion or more under management and be committed to executing trades on long-term strategies, or at least a strategy that doesn't change every millisecond. Minimum orders must be at least 5,000 shares or shares worth at least $100,000, with trades executed at 0.25 cents a share. "This isn't merely a group of cranks complaining about HFT," he writes. "Luminex was developed by some of the biggest asset managers in the world specifically to thwart what has become a tax on orders exacted by HFTs." Prominent members include BlackRock, Fidelity Investments, Capital Group and Invesco. And while Ritholtz is happy the market has come up with a solution to fight the scourges of algorithmic stock trading, he has his own solution as well: "Quotes must last at least one second, a lifetime in the world of HFT, and a fee of 0.01 cent would apply to any order, filled or not. That would curb the abusive practices."

A record 1,426 Americans renounced their U.S. citizenship in the third quarter, according to CNN. That brings the total number of renunciations this year up to 3,221, well ahead of 2014’s pace, which saw 3,415 total renunciations, the current record. The increase number giving up their passports (15 times greater than in 2008) is attributed, by some, to the U.S. tax burden placed on citizens living abroad, including ramifications from the recently enacted Foreign Account Tax Compliance Act and foreign bank account reporting requirements. Those requirements on foreign banks to report activity of U.S. citizens living abroad means some foreign financial institutions have started to deny service to American expats.