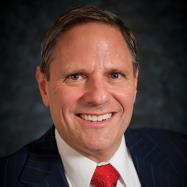 The Blum Firm, P.C., established by Marvin Blum over 30-years ago, has law offices in Fort Worth, Dallas, Austin, and Houston and specializes in the areas of estate planning and probate, asset protection planning, planning for closely-held businesses, tax planning, tax controversy, and charitable planning.  The company has grown to be the largest group of estate planning attorneys in the State of Texas.

Mr. Blum is known for creating customized, cutting-edge estate plans, now serving hundreds of high net worth families, several with a net worth exceeding $1 billion.  Mr. Blum was chosen as one of the "Nation's Top 100 Attorneys" by New York's Worth magazine, and was also named one of the Top 100 Super Lawyers in Texas by Texas Monthly Magazine.  He is a highly sought-after speaker and lecturer among his peers, having made numerous presentations to legal and tax professionals, and has recently been named to the Editorial Advisory Committee for Trusts & Estates Magazine.

Mr. Blum is highly dedicated to his community and currently serves as Secretary/Treasurer and one of three Board members (along with Emmitt and Pat Smith) of the Pat & Emmitt Smith Charities, a public charity devoted to creating opportunities for disadvantaged children.  Mr. Blum is in his 35th year as Treasurer of the Fort Worth Symphony, and served as Presiding Chair for numerous terms of The Multicultural Alliance, formerly The National Conference of Christians and Jews, a service organization fighting bias, bigotry and racism.  Mr. Blum has recently joined the Texas Cultural Trust Board of Directors to help raise public and legislative awareness of the importance of the arts in Texas.

Mr. Blum, an attorney and Certified Public Accountant, is Board Certified in Estate Planning & Probate Law and is a Fellow of the American College of Trust and Estate Counsel.  He earned his BBA (Highest Honors) in Accounting from the University of Texas in 1974, where he graduated first in his class and was named Ernst & Ernst Outstanding Student in Accounting.  Mr. Blum received his law degree (High Honors) from the University of Texas School of Law in 1978, where he graduated second in his class and was named the Prentice-Hall Outstanding Student in Taxation.  Mr. Blum and his wife, Laurie, reside in Fort Worth, Texas.

How COVID-19 Has Impacted Our Practice
May 21, 2020
There’s a window of opportunity for clients.

Top Five Innovative Estate-Planning Techniques With Life Insurance
Nov 15, 2019
From SLATs to FASTs, here are strategies to discuss with your clients.

Focusing on the Long Game
Nov 17, 2018
Tips and perspectives on raising “baby lawyers.”

So Your Client Is Getting Married...
Feb 06, 2018
Making an upfront investment into the new relationship can reap a great return down the line.

Weddings, Engagements and Prenups
Jan 30, 2018
Help clients address the “what ifs” before the “I dos.”

Filling in the Gaps
May 09, 2017
Marvin E. Blum explains why clients should create a “red file” to cover issues beyond traditional estate planning.
Load More