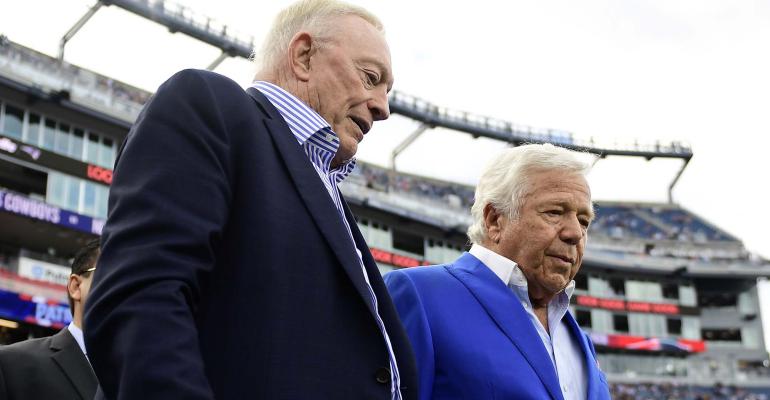 Happy Thanksgiving to all! If your home is like mine, part of the day’s traditions will include a football game, with some of us glued to the TV to cheer on the Dallas Cowboys (while others just tolerate it as background noise). Preserving holiday traditions helps keep families connected. Whether yours are more about football or desserts, I applaud the importance of keeping those traditions alive. As Tevye sang in Fiddler on the Roof, “Without our traditions, our lives would be as shaky as a fiddler on the roof!”

While I’m in a football state of mind, I’ll repeat a favorite metaphor from Jim Grubman. Picture a football field. At one end is a highly skilled quarterback who hurls a perfect pass to the other end of the field. Standing around at the other end are a bunch of clueless receivers. They’ve never been to a practice. They don’t know the rules of the game. They’ve had no experience learning to work together as a team. What are the odds they’ll catch the pass and score a touchdown? Statistics say the odds are only 10%. The quarterback is the family patriarch/matriarch. The football is an inheritance. The receivers are kids and grandkids who have never been prepared for the inheritance coming their way. This football analogy helps us understand the importance of preparing heirs before the inheritance comes their way. That’s what legacy planning is all about: improving the odds that your heirs won’t fumble the inheritance football when it comes to them. As Matt Wesley urges, it’s time for the patriarch to move from being the quarterback to being the coach.

For high-net-worth families, many times family legacy planning revolves around business succession. Nowhere is business transition planning more complicated than in the National Football League. Media coverage is replete with family strife over control of an NFL franchise. It’s a hot topic, as the dollars are astronomical, and the transfer of team ownership is imminent. As Ben Fischer reveals in “NFL, Next Person Up,” the average age of the 32 controlling NFL owners is 72. Only eight are 65 or under. Two of the league’s most powerful are the  Patriots’ Robert Kraft at 81 and the Cowboys’ Jerry Jones at 80. Ready or not, change is coming.

NFL Commissioner Roger Goodell (himself 63 and purportedly contemplating retirement) is committed to developing the next generation of owners. The NFL provides apprenticeships in a junior rotational program, promoting the most talented to serve on committees. Every year, each team must report to the NFL who will take over in case of a sudden vacancy. Per Fischer, the ideal scenario is to create “legacy families,” keeping the business in families where the NFL is their top priority. The goal is to pave the way for a smooth transition when guys like Kraft and Jones are gone. The NFL is trying. As stated in the article mentioned above, “But a litany of factors, among them complicated estate planning and unpredictable family, legal and tax dynamics, figure to make orderly successions within a single family the exception rather than the rule.”

The NFL is waking up to the importance of estate planning. It now allows ownership to be transferred to trusts. It’s also lowered the minimum equity ownership of the family’s head to as little as 1%, recognizing the need for families to do planning to minimize estate tax and avoid a forced sale soon after the owner dies. Even with all the NFL’s efforts, challenges persist.