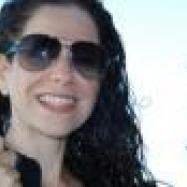 Lauren Barack is a journalist, editor and photographer who has written about flea markets in Kiev, protests in New York, fishermen in St. Petersburg, and new media launches in London.  Also trained as a filmmaker, Lauren has produced, edited, appeared on camera, and written for networks including VH1, Comedy Central, TNT and MTV.

A graduate of New York University's Tisch School of the Arts, and the University of California at Berkeley, Lauren won the Loeb Award in 2009 for her MSN Money series, "Middle Class Crunch," earned a Pace Foundation Fellowship in robotics, and an Associated Press Television and Radio Association scholarship while in graduate school. Meeting Milton Berle remains a career highlight. She failed to light his cigar before an interview. He forgave her and taught her his secrets for on-camera makeup. She'll never appear pale again.

Virtual Help
Sep 11, 2013
Always on time, never complains and never takes a sick day: How virtual assistants are helping some financial advisors cut through the clutter of the day.

When Social Media Backfires
Sep 02, 2013
Clueless advisors on social media can lead to embarrassment, fewer clients and even regulatory fines. Be careful out there.

Hackers At The Gate
Aug 16, 2013
“We’ve been very specifically targeted by a group that has significant capability. It’s caused a number of disruptions and firms have spent a number of resources to mitigate them.”

Advisors Pursue Scary Passion Project: Zombies
Aug 13, 2013
Some financial decisions need to be prudent. And sometimes you just need to grab a chainsaw, head out in to the world and slaughter legions of the walking dead.

Life After LinkedIn
Jul 11, 2013
Some financial advisors are taking their social media efforts beyond the basics to highlight personality, not just marketing messages.