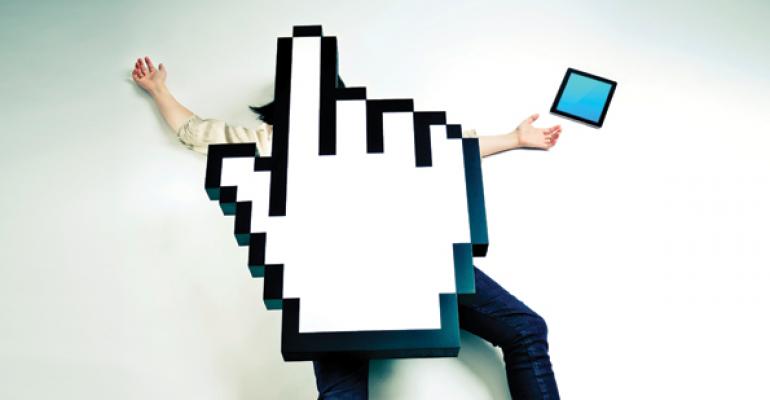 Clueless advisors on social media can lead to embarrassment, fewer clients and even regulatory fines. Be careful out there.

Unless the prospect is a vampire, blood is likely not the first thing investors want to think about when picking an advisor. Yet that didn’t stop one rep from promoting her investing seminar—on a Facebook business page, no less—with the tag line “Stop the Bleeding,” according to Michael R. Weissmann, a partner at Boston, Mass.-based law firm Bingham.

Weissmann, hired by the advisor’s firm to advise on social media policy, found the awkwardly phrased, and possibly regulation-violating, Facebook post while doing research for his client. He notified the firm rapidly.

“She had about two followers and it didn’t seem to be getting the traction she had hoped,” says Weissmann of the rep. “But that’s not the litmus test. It’s not a defense to say, ‘Yes, but no one ever visited my page.’ The fact it was not successful is not an excuse.”

The “Stop the Bleeding” marketing message was not only tasteless, it was “not language any good compliance department would approve of,” says Weissmann. “It’s possibly promissory, nonspecific and implies we can move money into something that will not lose money. Can we make that guarantee? Sure. Put it in cash.”

As reps continue to get their feet wet in social media, it’s easy to take a misstep beyond the basic errors many make, like not keeping up with tweets or using a silly avatar image. Sometimes advisors just don’t seem to get the more profound rules—neither the explicit ones that come from firms or regulators, nor the ones that simply come from common sense: Put nothing on social media that shouldn’t go on a website, billboard or business card.

One reason to be alert? FINRA is checking. The regulatory agency sent letters in June asking firms for information on how they’re monitoring social media, the URLs for social media sites they use, and the names of employees who are frequent posters. It’s fairly clear to attorney Daniel Nathan that regulators want to make an example of someone.

Social media rules aren’t always clear, but some specifics apply in the financial services arena. Words need to be fair and balanced; certain product-based communication needs to be pre-approved, filed and stored; and language that shouldn’t be used with clients in writing shouldn’t be on social media either.

One infamous FINRA catch earned advisor Jenny Quyen Ta a one-year suspension and a $10,000 fine in 2011 when the California-based rep tweeted about stock that she owned. Her 32 tweets, which included “Keep an i on AMD ppl!” and “Ck out AMD!” were, in the regulator’s eyes, promoting Advanced Micro Devices (AMD). FINRA characterized the posts as “overwhelmingly positive,” said they “frequently predicted an imminent price rise,” and stated she failed to disclose that she and family members owned 10,000 AMD shares.

Violating FINRA rules is a big mistake. But advisors don’t want to misuse social media’s unwritten rules as well. Chad Bockius, the CEO of compliance firm Socialware, remembers an advisor who believed he needed to get 500+ connections on LinkedIn. The rep tried connecting to anyone he could reach on the social media channel, but when he tried to “leverage a business opportunity,” says Bockius, some connections marked the messages as spam since they didn’t know the guy. LinkedIn temporarily froze the account, which they’ll do if they suspect a hacker or bot is trying to irritate or attack users. In worst cases they’ll close an account permanently—not the best way to employ the site, says Bockius.

“You do this the way you do it in real life,” says Bockius.  “You don’t go to a cocktail party and shove a business card at everyone you meet. You do it over time.”

Some also believe professionals need to comport themselves more professionally on social media sites. Nothing too personal, nothing too inflammatory. No flame wars and political outbursts at the risk of offending a potential or current client. For instance, when radio commentator Dave Ramsey engaged in a Twitter attack with fee-only advisors in May, the posts went viral.

Ramsey had reportedly tweeted that readers could expect a 12% return on their investments, while voicing his support for commission-based brokers. That riled fee-based advisors and others including financial advisor Carl Richards, who tweeted he felt the advice was “dangerous.” The whole incident led to an online dustup that seemed to involve just about every retail investment professional with a Twitter account.

Michael Kitces, partner and director of research at Pinnacle Advisory Group in Columbia, Md., does not believe engaging in the Twitter kerfuffle was a mistake. Kitces, a constant presence on Twitter who took part in the online conversation, says some advisors actually came out ahead from the chatter and were not hurt by the flames at all. While Kitces believes in playing by regulatory rules, he also believes advisors should not be too fearful, stiff or composed on social media. Being professional is great. Being personal? Great too.

“It’s not a bad thing to say things that are controversial,” he says. “Because the people who agree with you will have a stronger connection. And that’s who you want to work with anyway.”