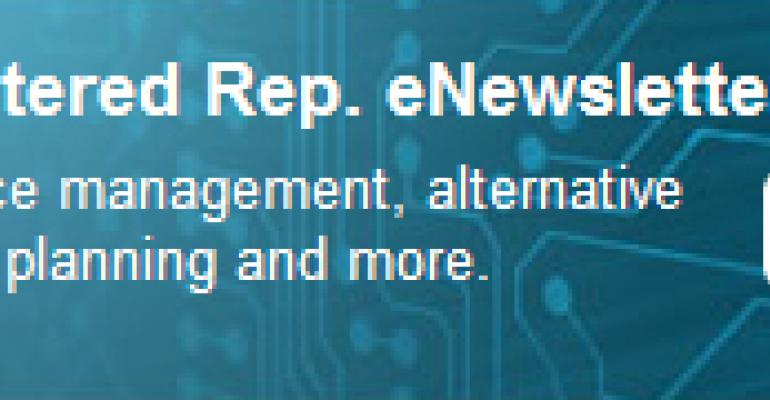 At least two national ad campaigns have been launched this year promoting segments of the financial advisory business, but don’t look for leaders in the broadly diverse industry to collaborate on a unifying campaign a la “Got Milk?” anytime soon. Observers of the business say its competitive nature and balkanized structure make the launch of an overarching national promotion difficult. That doesn’t prevent channels within the industry from reaching out to potential investors and selling their story.

Last month Schwab Advisor Services launched a multimedia campaign, “RIA Stands for You,” to raise awareness of the registered investment advisor business among investors. The campaign, described by Schwab as a “multi-million” dollar endeavor, will run into 2012 and possibly longer if it catches on, says Bernie Clark, head of Advisor Services. Meanwhile, the Certified Financial Planner Board of Standards is in the sixth month of a four-year, $40 million campaign to promote its CFP mark to a targeted audience of investors.

Tim Welsh, president and founder of Nexus Strategy, a consultancy in Larkspur, Calif., says Schwab has done “one-off” ads for the industry in the past as a goodwill effort to promote its RIA clientele; with nearly 7,000 RIAs and $697 billion in custodied assets, Schwab is the nation’s largest custodian. The latest campaign is more elaborate but still falls short of efforts put out by firms like Nike or McDonald’s, he says, efforts that run in the hundreds of millions of dollars. “This is a drop in the bucket relative to how you really want to move consumer awareness. It’s a good effort, and Schwab should be applauded for making these moves. But how effective it will be ultimately, that has yet to be determined.”

“RIA Stands for You” consists of digital banner ads on major financial media websites, along with a consumer-facing website of its own, riastandsforyou.com. It has video interviews of advisors talking about their industry, and PDFs on topics such as how to choose an RIA and what the benefits are. Schwab’s own presence on the site is muted; there’s a “Compliments of Charles Schwab” caption in modest-sized type discretely located at the bottom right hand corner of the homepage. Advisors are offered tips for how to incorporate the “RIA Stands for You” campaign into their own marketing material. National print advertising is planned for this month. (The timing of the campaign’s launch, about six weeks before the annual Schwab IMPACT conference in San Francisco starting Nov. 1, is no accident, Clark says.) Schwab began discussing the campaign internally about a year ago.

It doesn’t bother him that competitors stand to benefit from the fruits of Schwab’s labor. “I think growing the $2.7 trillion already in the RIA space to a much larger number is what’s important,” Clark says. “I also recognize, as an industry leader we will gain a disproportionate share of the custody of the new assets that will come to this space.”

The CFP campaign aims to broaden awareness of the certification among its target demographic: consumers with at least $100,000 in investable assets. The board set a baseline for itself last spring with a survey of 600 Americans who fit the target; 19 percent recognized without help what the CFP mark stood for. The group will evaluate its campaign after two years with a second survey to see if the recognition has improved, CEO Kevin Keller says.

The biggest share of spending for the CFP campaign is for on-line media such as its website, letsmakeaplan.org. Keller says that’s because investors use the Internet to research advisors. He sees campaigns like the CFP’s and Schwab’s as complementary rather than competitive.

At the Financial Planning Association, managers have talked in the past about a national branding campaign, President Martin Kurtz says. But as a membership organization, the FPA lacks the fund-raising capacity that a certification body such as the CFP possesses, he says. (The CFP board nearly doubled monthly fees this year to cover the costs of the ad campaign.) The FPA would rather work collaboratively with fellow planning groups; the FPA, the CFP, and the National Association of Personal Financial Advisors formed a lobbying group, the Financial Planning Coalition, to lobby legislators on national issues, Kurtz says.