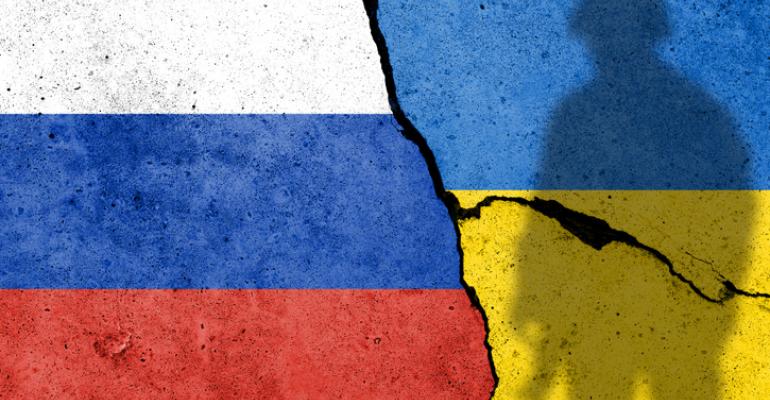 “How do you preserve wealth in times when the Four Horsemen are on the loose?”

Powering Your Practice With Portfolios and Platforms

Barton Biggs, the well-known former Morgan Stanley strategist, who sadly passed in 2012, asks an interesting question at the beginning of his book, Wealth, War & Wisdom: “How do you preserve wealth in times when the Four Horsemen are on the loose?” (By Four Horsemen, Biggs refers to “pestilence, war, famine and death.” See also Revelation 6:8.)

Back in 2008 (when Russia invaded Georgia - some things never change), Biggs gave Wealth Management (then still Registered Rep.) an exclusive look at his work which, given Russia's recent invasion of Ukraine, and the financial chaos that looks to follow, is as relevant today as it was then. Here is an excerpt from Wealth, War & Wisdom.

Beware Of Investing In “Keeper” Stocks: Nothing Lasts Forever!

[One] message from history is that even in the Lucky Countries (countries on the winning side that don't suffer catastrophic attacks), wealth invested in equities should be diversified. There are no magnificent long-term, “keeper” stocks to put away forever, and there never have been because no company has ever had a sustainable, forever competitive advantage. Excellence that lasts over multiple decades is virtually nonexistent.

Some advantages last longer than others, but all are temporary. Furthermore, there is overwhelming evidence that the duration of corporate competitive advantages has shortened, which is not surprising in a world where the rate of change is accelerating. It's the nature of business evolution. Also bear in mind that wars, as Joseph Schumpeter might have said, are “gales of creative destruction” and in the aftermath lead to accelerated technological progress.

Corporate evolution seems to consist of a company developing a competitive advantage, exploiting its edge, and becoming successful. Then its share price soars, and soon it is discovered and thereafter becomes a keeper growth stock. As the company grows and gets bigger, it attracts competition and inevitably becomes less nimble and creative. Then as it ages, its growth slows and eventually it either becomes stodgy or obsolete. Studies of organizational ecology show that while there is immense innovation in the world economy as new companies create new businesses, there is far less innovation in large, mature companies. To express the same concept differently, companies don't innovate; entrepreneurs do. IBM and Intel were once great innovating companies, but now they are corporate research laboratories. Bill Gates was the innovator, not Microsoft.

For example, back when the pace of change was much slower, there were stocks that retained a competitive advantage for a long time. Eric Beinhocker in The Origin of Wealth writes how the British East India Company in the seventeenth and eighteenth centuries had a total monopoly in four countries, possessed worldwide dominance in everything from coffee and woolens to opium, had its own army and navy, and was actually empowered by the Crown to wage war if necessary. However the world changed, it didn't, and its “massive wall of core competencies” collapsed in the face of technological innovation. It went out of business in 1873.

In 1917, Forbes published a list of the 100 largest U.S. companies. Over the next 71 years there was the Great Depression, World War II, the inflation of the 1970s, and the spectacular postwar boom. When Forbes reviewed the original list in 1987, 61 of the companies no longer existed for one reason or another. Of the rest, 21 still were in business but no longer were in the top 100. Only 18 were, and with the exception of General Electric and Kodak, they all had underperformed the market indexes. Since then, Kodak has had serious difficulties so GE is the sole, truly successful survivor. In 1997, Foster and Kaplan checked the endurance record of the Standard & Poor's 500 Stock Index since it was created 40 years earlier. Only 74 of the originacompanies were still in the select 500, and that group had underperformed the overall index by 20 percent.

Warren Buffett is a certified immortal, but even investment clairvoyants can misjudge individual companies. Eleven years ago, I listened to him extol Coca Cola as an impregnable franchise growth stock you could safely lock away and own forever. The shares then sold at a substantial premium valuation. He misjudged the various social, industry, and company-specific ailments that have afflicted the company and crushed its stock price. The same applies to another of his favorites: The Washington Post.

In another study cited by Beinhocker, two academics, Robert Wiggins and Tim Ruefli, created a database of the operating performance of 6,772 companies across 40 industries in the postwar era. They sorted for persistent, superior business, not stock market, performance lasting 10 years or more relative to the industry the company was in. They discovered that there was no safe industry. The pace of change was faster in the high-tech groups than in the more mundane ones, but the velocity was increasing in all industry groups over time. They also found that only five percent of the companies achieved a period of superior performance that lasted 10 years or more, and a mere half of one percent sustained competitive advantages of 20 years. Only three companies, American Home Products, Eli Lilly, and 3M reached the 50-year mark.

Diversification of wealth in equities over decades or generations means either buying index funds or somehow finding the unusual investment management firm that with wisdom and vision can construct a diversified portfolio that will at least keep up with and hopefully beat the averages — after taxes and fees. Two important advantages of an index fund are that it minimizes taxes and transaction costs because of its low turnover and charges a miniscule investment management fee. You can now buy an index fund to replicate almost any equity sector. A number of recent studies show that over time the average American investor whether he or she buys individual stocks or active mutual funds, earns a return considerably less than that of the S&P 500. It pains me to write it, but professional investors don't do much better on a statistically significant, risk-adjusted basis.

The record indicates that public equities over the long run are (to use the infamous phrase) highly likely to earn a return well in excess of the inflation rate. If you live in a stable country and you know with a high degree of certainty you can achieve a long-term real return of 400 to 700 basis points in an index fund why fuss with anything else? Maybe if you still believe in fairies and are a skilled professional investor you can do better but don't count on it. Above all, don't hold your eggs in a few big baskets. The old saying: “put all your eggs in one basket and then watch the basket” is broker baloney. The risks in holding an undiversified portfolio are astronomical.

Common sense and the message of the past is that reversion to the mean is an over-powering, gravitational force in all aspects of the investment world, but particularly in equities. There are no super-return asset classes! It is written in stone that exceptional returns attract excessive capital, and size is the enemy of performance. No one should have any illusions that private equity or hedge funds will be any different.

Gold, Art, And Bonds Are Problematical

Third, the history of Europe during World War II indicates gold and jewelry work fairly well to protect a small amount of a wealth. Think of them as your “mad money.” However, as noted previously, the history of World War II warns not to keep them in a safe deposit box in-country. Conquerors demand the key, and your bank will give it to them. Have your own safe deposit box at home or secrete your valuables in a safe haven. Above all don't tell anybody. When your neighbor's children are starving (as so many were in the lawless winters of 1945 and 1946), they will do anything. If the barbarians come next time as a terrorist attack or a plague, you are going to want to have your mad money close at hand.

Fourth, art is not particularly good either. It is vulnerable to destruction by fire, can easily be damaged, quickly plundered, and it's difficult to hide. At the end of the war, Warsaw alone reported 13,512 missing works of art of one kind or another. That said, some Europeans successfully removed valuable pictures from their frames and smuggled the canvases out of their home countries and transported them to safe havens. The caveat was that when they tried to sell them, they were only able to get a fraction of their true value.

Fifth, at least based on the last century, fixed-income investments are nowhere near as good as equities. Even in the Lucky countries, they provided returns far below stocks, although they did offer much lower volatility. Across the various countries, bonds had a standard deviation about half of that of equities, and bills had volatility about a quarter that of equities. In terms of liquidity, they were fine. Fixed income markets remained relatively liquid in London and New York throughout the war years.

In the Losers [Germany, Japan, Italy, et al.], fixed income had severely negative returns, and although government paper is normally considered to be relatively risk free, German bill investors lost everything in 1923, and German bonds investors lost over 92 percent in real terms after World War I. Admittedly inflation was virulent in a war-torn world, and fixed income is not the place to be in such an environment. In the chaotic, disorderly environment of the war years in the Loser nations, you can't sell bonds or cash in bills any more that you can trade stocks. However there was a period in the 1930s when because of deflation, bonds were the best performing asset everywhere.