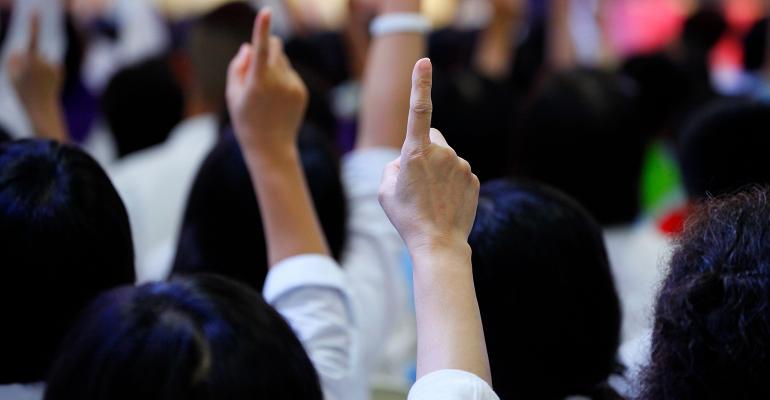 Bloomberg reported this week that private equity firm Centerbridge Partners was in talks with Lightyear Capital to purchase independent broker/dealer network Advisor Group for more than $2 billion. But sources familiar with Centerbridge said its chances are by no means assured. It is one of two groups of private equity firms submitting final bids, due Friday.

An investment banking source close to the negotiations told WealthManagement.com that the process was down to two bidders, both of which have teamed up with one other private equity firm. So while there are four firms seeking to purchase Advisor Group, including Centerbridge, there are only two offers in the running. Genstar Capital, which owns competing IBD network Cetera Financial, is not involved.

Lightyear is seeking between $2.2 billion and $2.7 billion for the IBD network, which includes Royal Alliance, FSC Securities, SagePoint Financial and Woodbury Financial. The firm has more than 7,000 advisors.

A deal could be imminent, according to investment banking sources. But with the way these deals typically play out, bidders often take a few weeks after bids are due to conduct confirmatory due diligence and kick the tires.

“It is well-known that private equity firms are interested in this industry,” said a spokesperson for Advisor Group. "Given the success of Advisor Group, it is not surprising this would lead to deal speculation about the company, and we don’t comment on speculation.”

Genstar was reportedly in talks to acquire Advisor Group earlier this year, but talks broke down. At that time, Advisor Group was valued at $2 to $2.2 billion.

“If Lightyear feels that they’re not able to get the valuation that the prior Genstar talks landed at, they will more than likely hold off on further pursuing a transaction for the time being,” one source said.

“This is sort of a continuation of the trend of private equity selling to private equity, so I think, it's probably an opportunity sale by Lightyear,” said Ed Higham, managing director of global investment banking, Raymond James | Silver Lane. “They haven't owned Advisor Group that long. But you're seeing more and more private equity to private equity exits in kind of shorter time frames these days.”

“Centerbridge has a good track record of investing in these market-leading businesses and industry consolidators across different industries,” said Carolyn Armitage, managing director of Echelon Partners. “They do have good experience taking large-cap private companies into public markets. Since 2006, they've invested in 10 financial services companies, and the only one that's been a direct investment in the wealth management space is Focus Financial. That was an early investment that certainly has paid off for them.”

“Advisor Group is a bit more mature company with scale.”