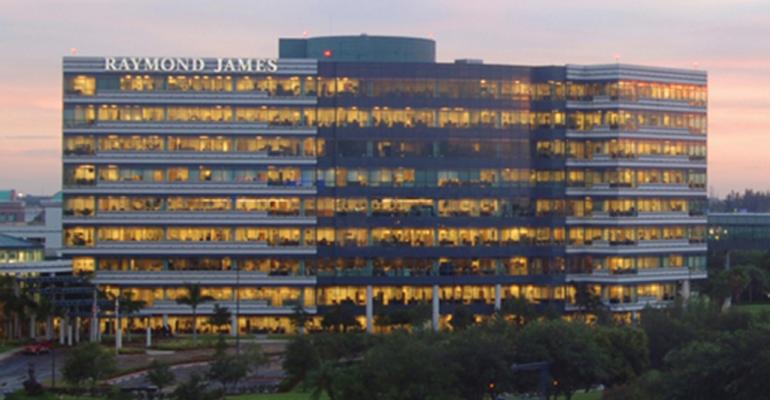 Raymond James Financial announced record quarterly net revenue of $1.1 billion in its private client group, up 23 percent over the prior year quarter. Yet, the unit’s pre-tax income in the fiscal second quarter fell 65 percent year-over-year to $29.4 million, negatively impacted by a $150 million legal settlement during the quarter.

The settlement involved an alleged fraudulent EB-5 investment program created in 2007 by third parties. It was offered directly to foreign investors seeking permanent residence in the U.S.

“Raymond James did not act as a placement agent or in any other capacity for the program, and none of the investors in the program purchased their investments through Raymond James,” Chairman and CEO Paul Reilly said on a conference call Thursday morning.

Since 2007, the firm has made significant enhancements to its supervision and anti-money laundering infrastructure, including hiring a new chief AML officer, growing the AML team and implementing a new AML technology system — the same one used by some of the largest banks in the world, Reilly said.

Related: The Career Path from Branch Professional to Advisor

The private client group’s record revenue during the quarter was lifted by client assets under administration, which ended the quarter at a record $611 billion, up 26 percent over March 2016 and four percent over December 2016.

“We also experienced a surge in fee-based assets during the quarter, which ended up to $261 billion, representing a 33 percent growth on a year-over-year basis and eight percent sequential basis,” Reilly said. “The growth in fee-based assets was primarily driven by the DOL fiduciary rule as advisors get ready for the rule, whether it’s coming in June or not.”

While there’s uncertainty around whether the DOL fiduciary rule will be delayed further, the firm plans to be in compliance by June 9, the current applicability date. Reilly said the firm expects to allow advisors to continue to do business in both commission and fee-based platforms for retirement accounts.

“Our concern is the unintended consequences, limited choice and the significant raise in cost to small clients,” he said.

The firm posted strong recruiting results, adding 94 new advisors in the fiscal second quarter, bringing its total headcount to 7,222. That’s up from 6,765 a year ago.

The firm also hosted a record 86 prospective advisors at the IBD’s National Conference for Professional Development in Orlando this week; that’s up from 75 last year. There are about 2,045 advisors and branch managers attending the conference this year.

Overall, Raymond James generated net quarterly revenue of $1.6 billion, up 19 percent year-over-year and five percent sequentially, beating analysts’ expectations by $10 million, according to SeekingAlpha.com. Quarterly net income was $112.8 million, or 77 cents a share, down 10 percent over the prior year quarter and 23 percent from the fiscal first quarter.

During the quarter, the firm also revealed plans for its digital advice platform for advisors, called Connected Advisor. Like other firms which have embraced automated investing software, Raymond James sees it as a way to help advisors become more efficient and connect with next-generation clients.