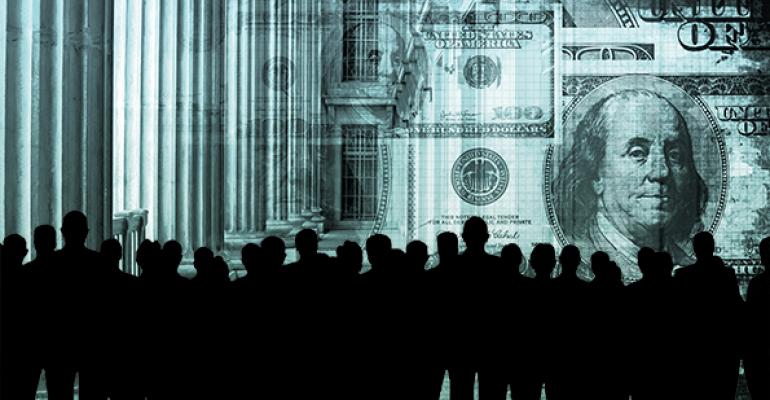 Cerulli: Wirehouses No Longer Vying for Head Count, Focusing on Efficiency and HNW

The wirehouses’ 'scale can be mimicked but rarely matched,' said a new Cerulli Associates report.

While the head count at the traditional wirehouses fell 1.5% from 2019 to 2020, the four firms with national brokerage teams (Merrill Lynch, Morgan Stanley, Wells Fargo and UBS) saw their total assets increase 12.7%, according to a recent report by Cerulli Associates.

That's largely because these firms are no longer concerned about growing head count, focusing instead on helping their advisors grow their books of business and capture wealthier clients, according to the report's author.

“What we’re seeing is wirehouses really double-down on talent retention and organic growth versus recruiting,” said Marina Shtyrkov, an associate director at Cerulli’s wealth management group. “Ultimately I feel like this is a very specific strategy to work with advisors who serve predominantly wealthy investors, and if that means losing some advisors or not having the largest advisor force, they seem to be OK with that.”

That’s even more than advisors at the largest registered investment advisory firms; at RIAs with $5 billion or more in AUM, advisors manage an average of $183 million, Cerulli found. 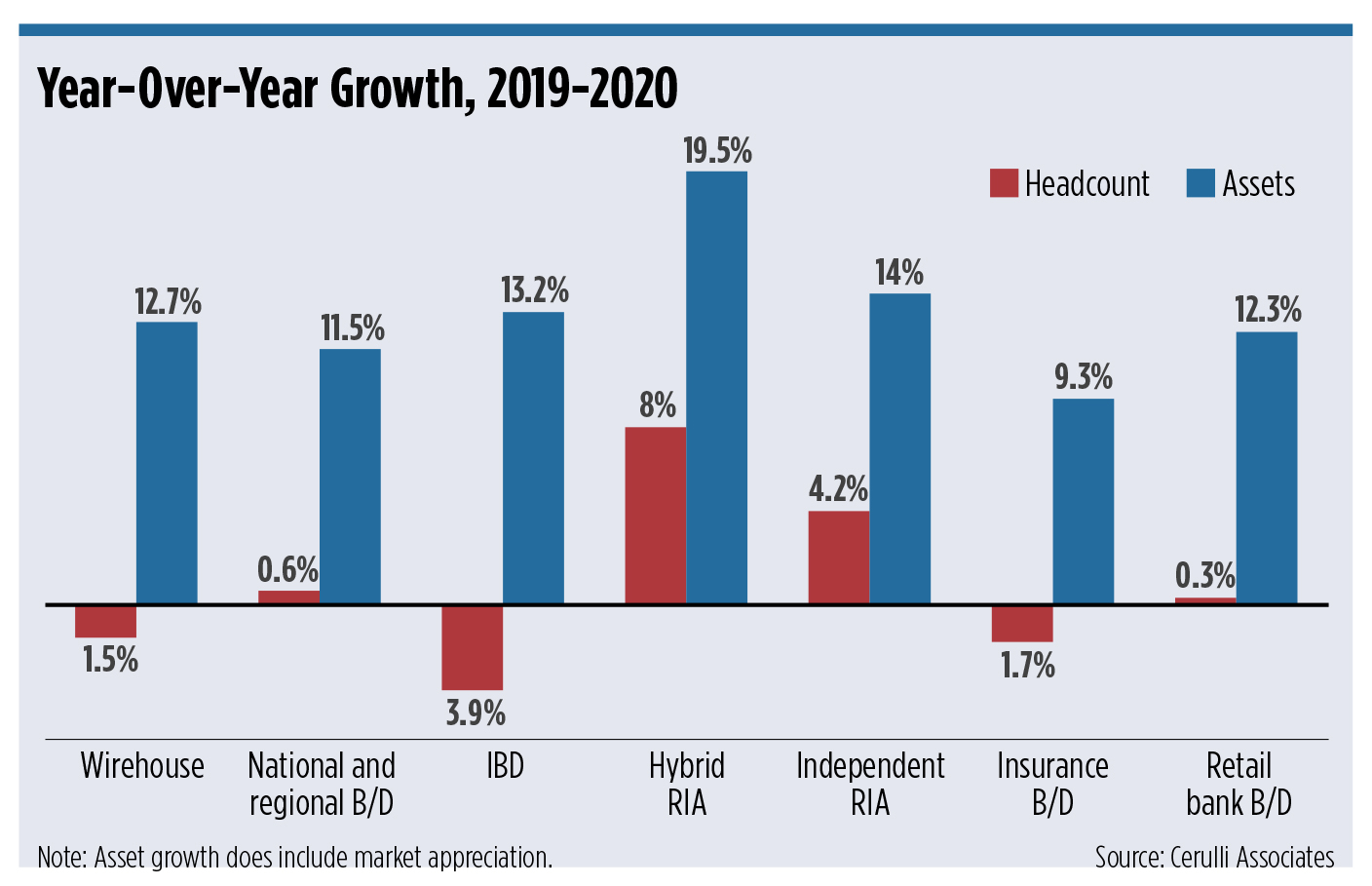 “As the most productive channel, wirehouses have designed internal resources, fully integrated workstations, and teams that include multiple specialists spanning global capabilities,” the Cerulli report said.

“Outside of a few niche B/Ds, banks, and highly specialized RIAs and multi-family offices, this scale can be mimicked but rarely matched,” said Shtyrkov in a statement.

The wirehouses have used their scale to remove hurdles to productivity; advisors identified the biggest challenges as new client acquisition, compliance and managing technology, Cerulli said. As a result, the wirehouse channel boasts more mega teams—defined as those with $500 million or more in AUM—than any other channel, accounting for 41% of the industry’s mega teams. That compares with about 20% for the independent RIA channel.

Overall, the wirehouse channel has about 15% of the total advisor head count and 34% of the assets, yet Cerulli projects those firms will have about 13.5% of head count and just under 28% of assets by 2025.

The hybrid RIA channel was the fastest-growing channel in 2020, with head count increasing by 8% and assets by 19.5%, including market appreciation. Cerulli projects the hybrid and pure RIA channels will account for nearly 31% of industry assets by 2025.