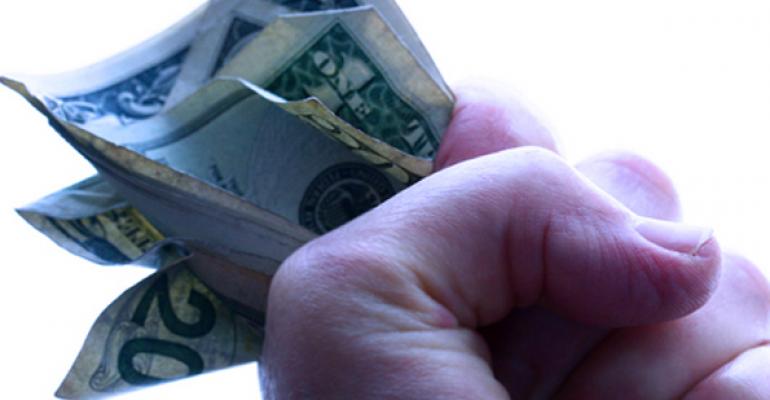 Should I Stay or Should I Go?

When deciding whether to stay at, or leave, thier firm, money makes the mare go, but management conflicts and technology are also factors that fuel an advisor's decision.

Only a fraction of advisors polled in WealthManagement.com’s recent Broker Report Card suggest they will likely leave the national brokerage firms where they work in the next two years.

But among those who suggested they would make a move, the most consistently cited factors affecting their decision revolve around money, management and technology.

In the survey’s open-ended response fields, advisors were asked why they would, or would not, choose to move. Several respondents suggested they were tied to their firm because of existing contracts. In fact, the word ‘contract’ was cited dozens of times among advisors.

“They’re just assuming that if they’re under contract, they’re not moving,” says Ryan Shanks, CEO and founder of Finetooth Consulting. Despite independent firms being more willing these days to pay off advisors’ existing deals, many advisors aren’t even looking until their package expires.

Among five of the six national brokerage firms surveyed, more than a third of advisors (and in some cases almost two-thirds) say their firm has offered retention bonuses. Leading the pack is Wells Fargo, where 61 percent of advisors say they have been offered deals, followed closely by 59 percent at Morgan Stanley, 44 percent at UBS, 41 percent of Raymond James and 38 percent at Merrill. Only Edward Jones seems to avoid the practice, with only 1 percent of their advisors saying the firm offered a deal.

A firm generally only gives retention bonuses to advisors when there is a reason, says Rick Rummage, founder and CEO of The Rummage Group. “Retention bonuses do a really good job in delaying the inevitable for a portion of the advisors who want to leave,” he says. “Keeping [unhappy] advisors at a firm is like herding cats.”

Advisors who are looking to make a move repeatedly cited senior management conflicts and limited resources as the motivating factors. “There is no support from senior management. They don’t care about us,” wrote one advisor about his or her firm.” Another advisor compared his firm’s reputation to “Dr. Evil,” complaining it wasn’t doing enough to repair the reputational damage suffered from the financial crisis.

Over at Wells Fargo, the recent change in leadership from Danny Ludeman to Mary Mack does have some worried. “Danny Ludeman is my hero. Although he is leaving, if Mary Mack can keep the firm the same, I am a fan,” wrote one advisor. But others are not so sure. “Certain questions remain unanswered in regards to the direction of my role with the firm,” another wrote.  Of course only time will tell if these fears will quiet as the transition continues.

Technology was another hot button topic among advisors. Merrill’s $100 million investment on the technology front, which includes consolidating its five money management programs into one platform, isn’t going unnoticed by advisors. “Best firm on the Street based on resources, investment in technology,” said one Merrill advisor.

Others got a harsher review on the technology front: "The full service brokerage model is a dinosaur. Advisors with knowledge and experience can access the data, research and information that they need without paying 60-65 percent in overhead. The retail brokerage model will die as the good ole boys (who are bad at technology) die or get priced out of the business,” said one Raymond James advisor.

Of course, comments in surveys are not representative of all brokers at a firm, and often can come from advisors with axes to grind. Still, the open-ended responses provide a small glimpse into what some advisors find irksome, and demonstrate it can be the small details that have the biggest impact. At Morgan Stanley, for instance, one advisor cited the "continual integration problems with systems. It takes me three times as long to do what I formerly was able to do before the acquiring firm took over." A UBS advisor said the firm's “technology is out-of-date; e.g. office phones are 13-years-old and were (already) used when they were installed—continually break down.” Of course, there is a positive side for the firm: Without a phone, how will recruiters get in touch?