Where Have All the Annual Reports Gone?

When I started my career as a financial journalist in the 1980s, glossy annual reports littered every surface of the office. Rare was the day when the mail didn’t include the delivery of one or two annual reports. The office even had an intern whose main job was to file the hundreds of these reports received every year.

And then, gradually, annual reports stopped arriving. The Securities and Exchange Commission still requires that every publicly traded company release an annual report in addition to the 10-K filings. But today, the vast majority of annual reports are in digital form, buried deep in the investor relations pages of corporate websites. 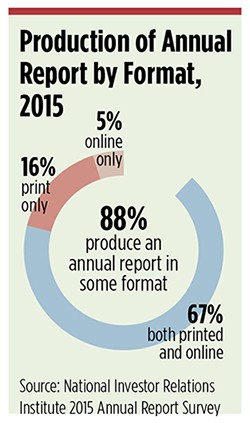 “While annual reports that exist in purely print form are disappearing, the important information about leadership and strategy still needs to be communicated, and a good place for that is online,” says Bethany Andell, president of Savage Brands, a Houston-based branding agency with a practice in annual report design and production. “The online version of a report facilitates the absorption of this content by investors and other relevant audiences, such as job candidates. In addition, via online format you can add interactive tools and videos that make for a good user experience and positive impression of the information.”

Most advisors and professional investors agree with Michael F. Greco, a managing partner and co-founder of GCI Financial Group in Summit, N.J., that they have little use for annual reports. “I concluded years ago that annual reports are more sales and branding tools than sources of actionable investing research,” Greco says. “Annual reports rarely represent unbiased, data-driven reporting on the company. I rarely even look at them anymore.”

Yet there are a few advisors who still regard annual reports as low-hanging fruit from which discerning readers can extract meaningful value readily available nowhere else.

“I usually read at least one annual report every day,” says Holmes Osborne, principal of Osborne Global Investors in Santa Monica, Calif. As part of the two hours per day that he spends doing research, Osborne regards the content of annual reports, along with the 10-K, as a valuable means of insight into the company and worthy of his time.

He starts with the income statement, balance sheet, and cash flow statement. But he then reads the CEO statement for clues about the company’s intentions regarding retained cash. Does the company  intend to make acquisitions, pay dividends, buy back shares, pay down debt, or let the cash accumulate?

“These are the decisions that truly affect the stock price,” Osborne says. He also wants to know who the main shareholders are and whether there are any unconventional voting rights. Major lawsuits show up, as well. Sometimes Osborne asks for printed annual reports that he reads at Starbucks. Other times, he reads them on the Web, in PDF format. 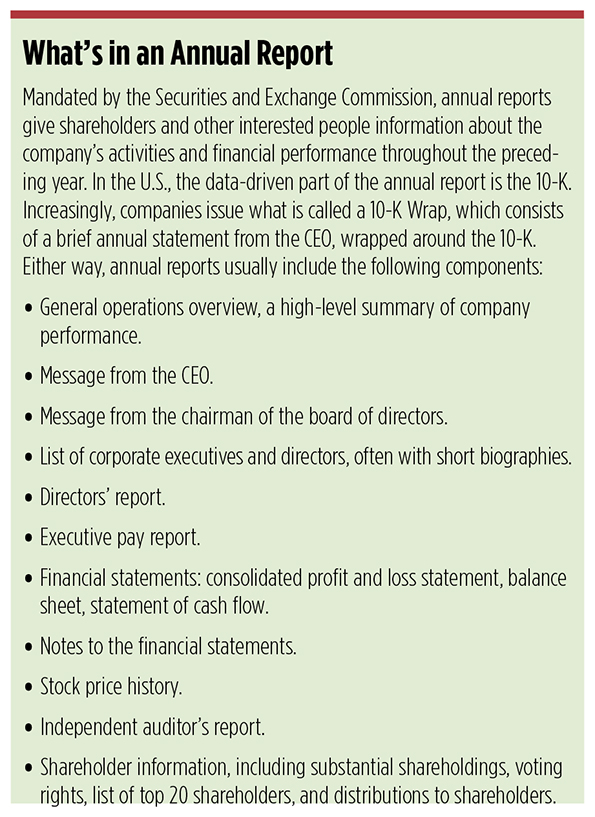 When I started my career, most companies produced a slick annual report and a separate 10-K. Today, many publicly traded companies combine the two by wrapping a very brief narrative (the annual report) around the 10-K. The median length of these narratives was four to six pages in 2015, down from seven to 10 pages in 2008, according to NIRI. The 10-K Wrap is the most popular type of shareholder communication, the survey found, with use of an online 10-K Wrap increasing by 39 percent since 2008.

One company that has embraced the 10-K wrap is Apache Corporation (NYSE: APA). Based in Houston, the energy company still prepares a printed annual report, but is deliberately moving all content to the Web. “The annual report is a very direct message from management,” says Castlen Kennedy, vice president for public affairs. “It’s designed to give any investor, retail or institutional, an understanding of the strategic goals and strategies of Apache and how top executives plan to achieve them.” 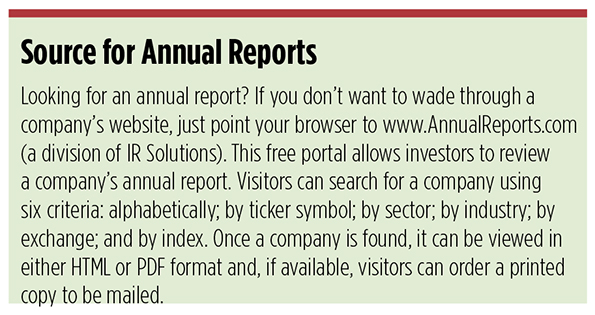 While only 5 percent of U.S. companies have gone all digital, according to NIRI, the shift away from print reporting will only increase in coming years. For the near-term future, most companies will maintain a combination of print and digital. For the increasing number of companies that produce a CSR or sustainability report, another trend is to coordinate all the reports.

All publicly traded companies are keen to be able to present a coordinated set of facts and statements in a context set by the company. Stakeholders look to the annual report as one venue to get the company’s perspective on performance and competitive positioning. To that end, there are few vehicles better suited than the annual report.