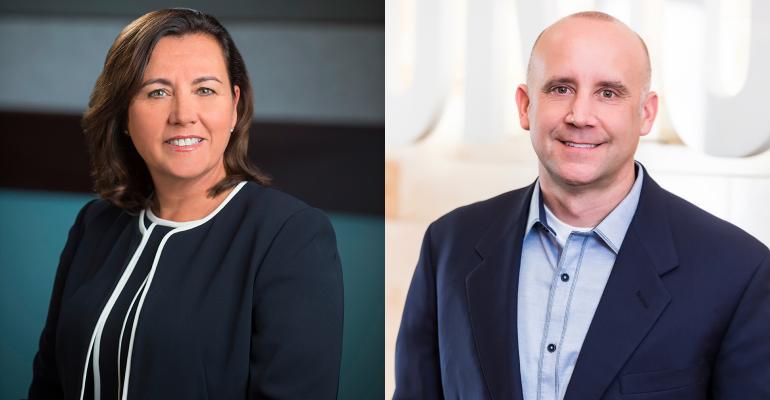 Technology, TAMPs and expansion are all at play, as TA Associates reinvests and Genstar Capital offers its Midas touch.

Orion Advisor Solutions and Brinker Capital are merging in a multipart deal that was announced Monday.

Several parties are investing in the combined firm. This includes Orion’s majority owner, private equity firm TA Associates, as well as perennial wealth management private equity investor Genstar Capital. Both will make fresh investments in the combined firm. Joining them as investors will be Brinker Capital’s founder, Charles Widger, and the firm’s CEO, Noreen Beaman, together with Orion’s CEO, Eric Clarke. While specific terms of the deal were not disclosed, both the merger and investments are expected to close in the third quarter, according to Clarke.

The overall business will be called Orion Advisor Solutions, with the firm's proprietary asset management business being rebranded as Brinker Capital Investments, said Clarke. Beaman will lead that part of the business.

Rumors spread quickly about Orion likely being on the block following a report in January that TA Associates was asking for $1.875 billion for Orion. In response, Clarke publicly denied that the firm was “up for sale soon.”

But "up for sale" apparently has different meanings for different people. Clarke revealed that Tony Salewski, managing director of Genstar, was critical in cementing the deal between Brinker and Orion, an idea broached to Clarke at about the same time he was denying talk of sales.

Salewski had been bringing M&A opportunities before Orion for six years, said Clarke. But this time was different.

"Our strengths are very different; yet highly complementary," Clarke said. "We always evaluate strategic opportunities for our business. In January of this year, Tony [Salewski] came to us with this idea to combine our businesses together and we aggressively started to look into [it]."

Brinker's Beaman confirmed that Salewski was behind the origin of the idea.

Clarke knew of Salewski's contributions to AssetMark and the growth that the firm saw under his and Genstar's guidance. He also attributed growth at Cetera and Mercer to contributions made by Salewski and his colleagues.

Brinker was already looking for opportunities to tie its business to another by January, added Beaman. Her firm started working with Salewski in November 2019.

Salewski and Sid Ramakrishnan, principal of Genstar, will be joining the combined firm’s board. Prior to 2017, when he rejoined Genstar, Ramakrishnan led corporate strategy for AssetMark, where he served as chief of staff to the CEO. AssetMark went public in 2019 and earlier this year it closed an acquisition of fellow TAMP OBS Financial for $20 million, a move marking entrance into the bank trust channel.

The merger will allow both firms to grow, complement and “cross-pollinate” one another, said Alois Pirker, research director for Aite Group's wealth management division. Each firm brings something important to the table: Orion represents technological strength with its APIs and has market share in the RIA space, while Brinker is an important player in the insurance and broker/dealer space, as well as providing access to the high-net-worth market, he said.

Assuming a revenue multiple of two, and using Envestnet’s 2017 acquisition of FolioDynamix for $195 million, Pirker said the Orion-Brinker tie-up could be valued at $250 million.

A spokesperson for Orion said Pirker's valuation was "way off base" but declined to provide a figure, citing the private nature of the deal.

Advisors currently using Orion shouldn’t be concerned about receiving less service following the merger, added Pirker. “Orion is the stronger entity in this,” he said. “The RIA space is such an attractive market that I don’t think they’re going to start neglecting RIAs.”

Orion’s data layer, the “glue between the front-end processing and the back-end accounting” and other processes, could be “a major uplift” for Brinker. While Envestnet will want to pay attention to the deal, he said, it "is not going to be sweating bullets."

AssetMark, however, “will start to see a new competitor coming in with new capabilities.”

Neil Bathon, managing partner at FUSE Research Network said the deal proves that "scale is a critical determinant of future success." While the combined entity will more readily compete "head-to-head" with firms like Envestnet, AssetMark and SEI, "one also has to be alert to the developments at Pershing, Fidelity, Vanguard and Charles Schwab," he said.

"It appears to me that the combination of the two firms eliminates scale as a concern," said Bathon.

"This combination seems to check all kinds of boxes related to sustaining/building the growth both firms had in place," he said. Building up scale now is critical, because "higher switching costs will eventually be a barrier to adoption" and today's deal means "a legit chance for continued organic growth in the future."

Advisors familiar with either Brinker or Orion should see continued service levels similar to what they're used to receiving, he added.

"The evolution of financial advisors is such that the service, support, products, tools, applications and solutions will become standardized across channels," said Bathon. "Orion and Brinker bring 'best practices' from their focus areas that will make the combined offering stronger."

An IPO in the Offing?

While near term, Brinker and Orion's leadership teams are focused on integration and growth, an IPO has not been ruled out, said Clarke. Envestnet, SEI and AssetMark are all publicly traded.

"It's not on our horizon right now," Clarke said, "but we're certainly open to exploring opportunities."

"Right now we're all hands on-deck and really learning from each other," he said, reiterating the advantages of long-term strategic decision-making that private ownership enables. "This is a really big transaction that we've got to get right."