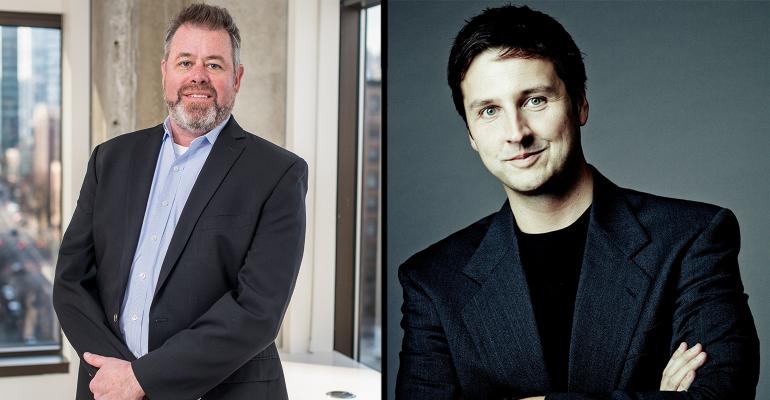 The combined firms will represent a powerhouse in the application of natural language processing and machine learning across multiple industries, with initial focus on financial services.

While terms of the deal were not disclosed, both firms share many customers within the various verticals they serve, including financial services.

Smarsh has grown into a major provider of digital communications content capture, archiving, supervision and e-discovery within the brokerage and RIA industries. Digital Reasoning has become a leader in advanced artificial intelligence, specifically in the areas of natural language processing and machine learning and in the building of analytics for both areas and across or within niches of many industries.

“Bringing the AI and machine learning a lot closer to the data makes a lot of sense,” Smarsh CEO Brian Cramer said.

Rather than “frankensteining” its own artificial intelligence–based analytics solutions through either partnering with or acquiring multiple niche AI providers or earlier-stage developers, Cramer said it made more sense to team up with Digital Reasoning.

”If you are a software company you have to be an AI company,” said Tim Estes, founder and co-CEO of Digital Reasoning, noting that the distinctions between the two were rapidly fading away among technology firms of significant size.

Future growth and scalability are key factors in the agreement for the two firms to merge.

“In the areas we serve you don’t find a lot of companies with the scale or credibility of delivery, that the two of us combined can provide,” said Estes, noting Smarsh manages over 3 billion messages daily across email, social media, mobile voice and text messaging, instant messaging as well as collaboration, web, and other voice channels (the company added full support for Zoom in July).

Cramer made the point that nothing can replace years of domain experience when it comes to being able to train a machine learning system.

“It is so domain specific and important to applying AI especially when you are talking about professions like trading, advisory, etc. with such distinct lexicons, the only way to make AI and machine learning effective is by training it, without coming in with that experience it just won’t work,” he said.

Both Estes and Cramer said the combined firm will continue to work with their many customers outside the financial services space, but that for 2021, they see the greatest growth and potential scale within that industry and it is where the company will place a lot of its immediate focus.

This is the second acquisition for Smarsh in 2020, following its deal to buy cybersecurity perimeter defense provider Entreda in May.

Smarsh has been a major company within the financial communications compliance space for over a decade, having acquired several firms over that period, including other leading vendors in the social media and compliance fields. In addition to its many wealth management customers, the firm works with all the top 10 banks in the United States and many others around the world.

Digital Reasoning’s customers include many of the largest Tier 1 investment banks worldwide (among these are Goldman Sachs and UBS). Four of the top five U.K. retail banks and two of the top five banks in Australia are also customers.