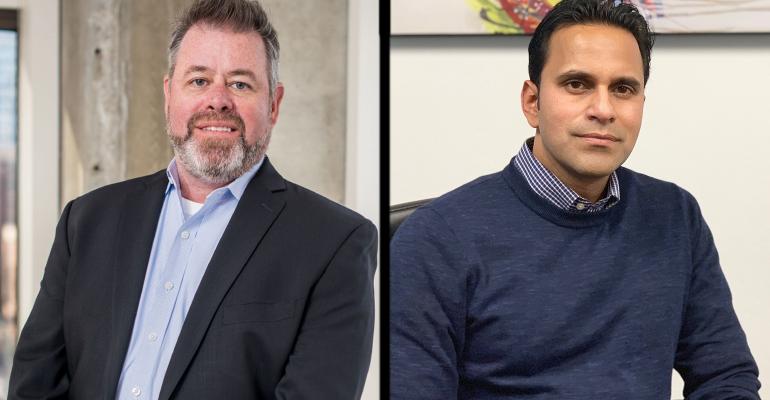 The deal will bring information security and cybersecurity expertise to a leader in communications compliance technology.

The unprecedented consolidation in the advisory tech world continues.

While terms of the deal were not disclosed, the acquisition of cybersecurity provider Entreda by compliance tech vendor Smarsh is a fairly logical new marriage in the sector. Both firms have large name recognition among advisors, whether broker/dealers or RIAs.

In simplest terms, the deal is about creating a provider that can protect advisors and their clients from the dangers of both regulatory and compliance risk, as well as security and cybersecurity risk.

Entreda, which specializes in integrated cybersecurity risk and compliance management, will remain an independent subsidiary of Smarsh operating under its own brand, with leadership remaining under co-founder and CEO Sid Yenamandra.

“We looked at various opportunities to continue doing what we are doing and Smarsh has the resources, the brand, the scale, the cultural fit we were looking for,” said Yenamandra, whose firm works with more than 300 RIAs and broker-dealers with no significant overlap among Smarsh's client base of 6,500 firms.

“When you get down to it though, it is much more about how we are both focused on the needs of broker/dealers and RIAs, the parallels of regulatory compliance and information security and cybersecurity—it adds up to there being a lot of innovation opportunity between us,” Smarsh CEO Brian Cramer said.

It also helps that the two CEOs have known each other for four years.

In terms of initial steps, Cramer said customers and prospects of both firms were likely to begin seeing product bundles from the combined firm(s).

“Weeks or months, not quarters,” he said.

Cramer said the pandemic had exposed unmet needs among smaller advisory firms in the industry.

“We have seen a big demand for collaboration tools throughout the crisis, and we expect that to continue,” Cramer said, “and that trend actually exposes firms to increased risk when it comes to both information security and cybersecurity.”

Smarsh, for example, can already collect its advisor’s traffic on 80 different communication sites, according to Cramer.

“Everything from [Microsoft] Teams, to Slack, and Zoom among them but a big driver for us is how our advisors are being forced to also use the communications portions of other platforms like Facebook and LinkedIn as well as the growth in mobile device usage,” he said.

Endpoint security—securing the actual devices advisors are using to communicate and their connections to sensitive customer data—is where Entreda comes in, with its technology able to monitor the types of security or lack of it in terms of antivirus and anti-malware, as well as connection security and encryption and other factors and remediate it if necessary.

The offerings of Entreda and Smarsh are also both featured within the Preferred Pricing Program from the Financial Industry Regulatory Authority.

Smarsh has been a major company within the financial communications compliance space for over a decade, having acquired several firms over that period, including other leading vendors in the social media and compliance space. Its offerings include the capture, archiving and monitoring of advisor communications (email, social media, mobile/text messaging, instant messaging and collaboration, websites and voice communications). In addition to its many wealth management customers, the firm works with all the top 10 banks in the U.S. and many others around the world.