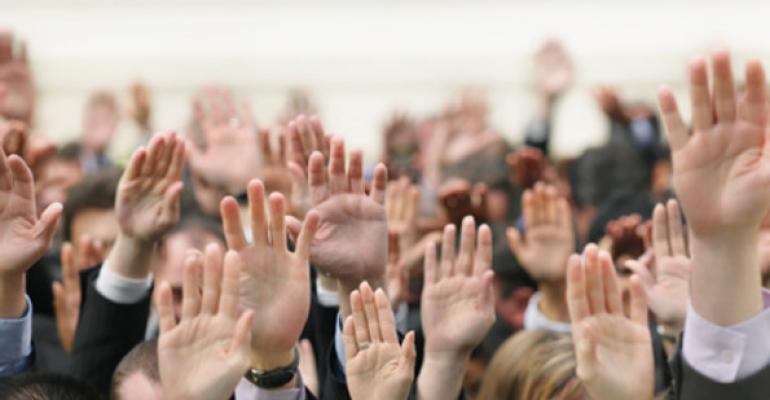 Should You Crowdfund with Clients?

Think E-Trade revolutionized online financials? Welcome to crowdfunding — the ability to for anyone to invest in nearly any kind of option or enterprise over the Internet at any time. Should your clients be involved?

Think E-Trade revolutionized online financials? Welcome to crowdfunding — the ability for anyone to invest in nearly any kind of option or entreprise over the Internet at any time.

“Crowdfunding is essentially a very old ancient concept,” says Jason Best, co-founder of Crowdfund Capital Advisors. “What is new is the ability to publicly solicit via social media. It’s going to a very big change.”

Nearly anyone who spends time on the Internet is familiar with Kickstarter — the online site that offers rewards to crowds of users who kick down (usually) small sums of capital to help launch a new satellite, self-cleaning shirt or an all-natural licorice company. The firm is expected to tip $1 billion in funds raised sometime in 2014.

Crowdfunding, however, is different. There’s no promise of a key chain, vintage postcard or a rainbow array of sweets once the project is funded and completed. Here the reward is un-promised — an investment made in a small business or start-up that may pay a return and more likely will not. After all, 50 percent of small businesses fail in the first five years, according to the U.S. Small Business Administration. To date, investors have long had the opportunity to invest in a friend’s new bar, a sister’s catering business or an uncle’s new bike shop, but not through general solicitations.

But Title III of the 2012 JOBS Act should open the doors to allow companies to solicit investments from literally anyone — accredited or not. It’s now in a 90-day comment period expected to close in January 2014. Online firms are lining up, getting ready for what they believe is bound to turn investing on its ears. There’s even talk of launching an accreditation for reps through the nascent National Crowdfunding Association, says its executive director David Marlett. Yet, even some of crowdfunding’s biggest cheerleaders are asking: Is this the right investment vehicle for everyone?

“We don’t shy away that this is a high risk investment and that most start-ups fail,” says Best, who co-authored some of the ideas used in the JOBS Act. “But it really is the next extension of the social web, Web 3.0, and where the Web meets capital formation.”

Shawn McLaughlin couldn’t agree more. As the co-founder, CEO and president of McLaughlin Ryder Investments in Alexandria, Va., the opportunity to raise capital for small business owners who are clients, plus creating new investment possibilities for others, has too much potential to ignore. He’s even invested in a crowdfunded project himself, he says. And so when the option to push a button and invest capital online with anyone is green lit, he’s going to be right there with his clients looking at the possibilities.

“Our view is this is like any area of investment,” says McLaughlin. “It will be important to look at the sources. There are certainly going to be risks in this area.”

For starters, rules and regulations will monitor those seeking to raise capital from anyone. This has some questioning whether the effort is worth courting the non-accredited investor as their smaller net worth may not be capital enough to pursue.

“There are people arguing, and they’re probably right, that accredited investors hold more of the wealth than unaccredited investors,” says Alon Goren, CEO and co-founder of the Santa Monica, Calif.-based Invested.In, which builds crowdfunding platforms for companies. “Going after those folk may not be the right move for every business. It will all have to depend on the specific niche markets.”

McLaughlin agrees, but is still excited about crowdfunding options, particularly around investments for a client’s own community, where they may feel more passionate to invest. He knows, though, that explaining the pitfalls and losses to his own clients will be crucial. Sure, it may be fun to click and send funds towards a new gluten-free pancake house in the neighborhood. But for reps, any investment, crowdfunded or not, still requires due diligence by both clients and their rep.

“There will good deals and bad deals,” says McLaughlin. “And people will need to be careful.”