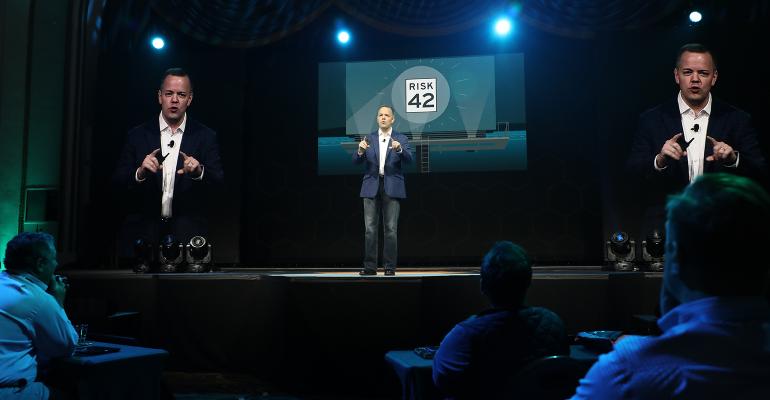 A long-simmering confrontation in the advisor technology space is spilling into public view.

The marketing campaign, launched from the Riskalyze-controlled website Unhiddenlevers.com, has been in planning for roughly six weeks, according to Klein, and includes a white paper, messaging for “industry influencers” and a video criticizing a 2020 coronavirus pandemic-related webinar series hosted by HiddenLevers co-founders Raj Udeshi and Praveen Ghanta, in which one of the risk scenarios outlined was called the “Kung Flu.” 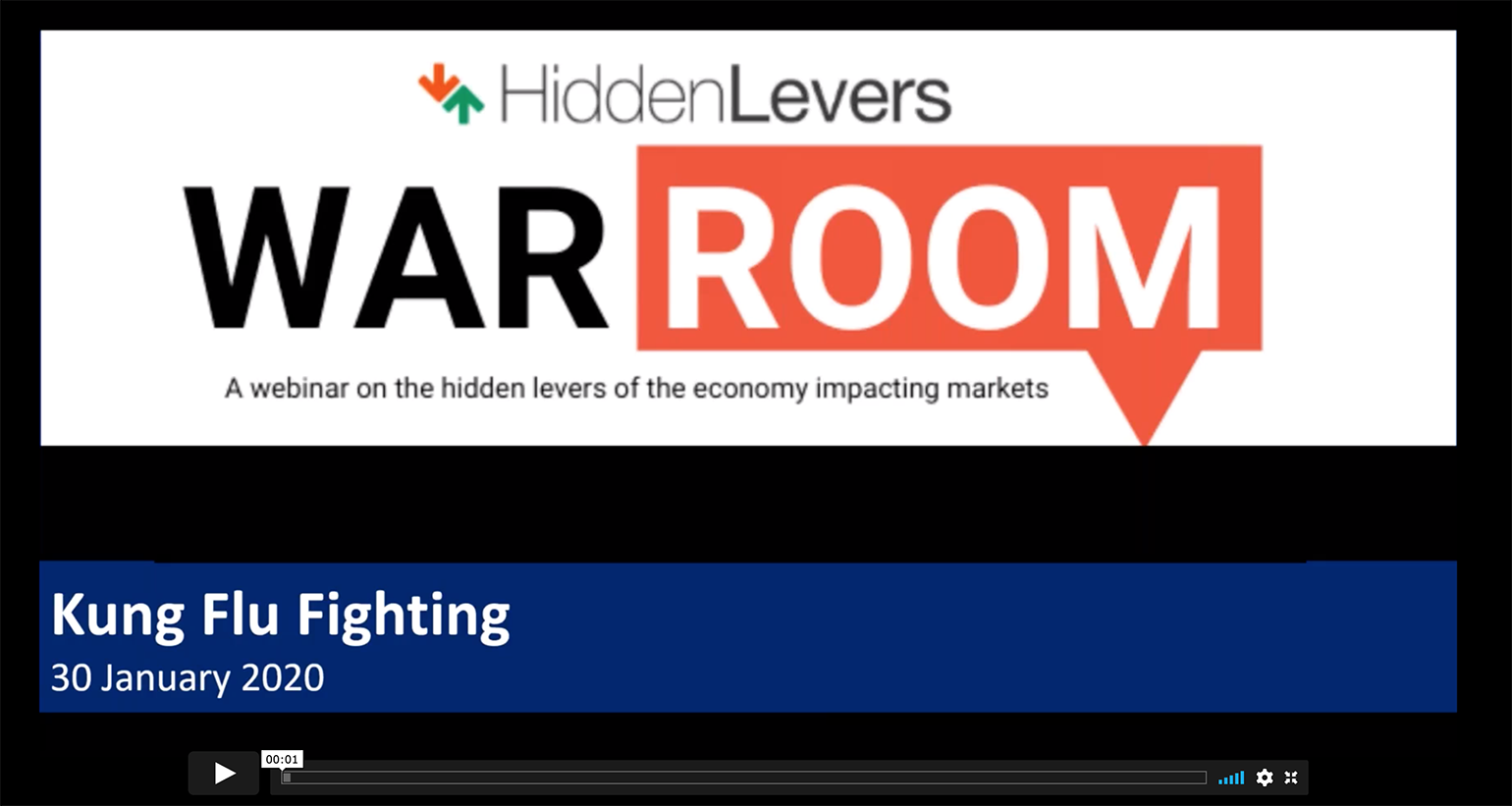 In his campaign, Klein accuses HiddenLevers and RiXtrema of employing “predictive guesswork” that has proved to be “wildly inaccurate.” To back the assertion, Riskalyze analyzed several positions taken by the firms alongside portfolios that he says highlight their errors.

Meanwhile, Riskalyze is positioning its methodology as the gold standard. The firm provided advisors with “a volatility support kit” in the midst of the 2020 market downturn, said Klein, “producing a ton of helpful content to help advisors leverage the analytics, to get clients, to remain calm and stick to their plan.”

Indeed, Klein and his firm use “fearless investing” as a motto peppered throughout company collateral, social media and in the branding of the firm’s annual conference.

When asked about the timing of his campaign—HiddenLevers has been running hypothetical scenario stress-testing of portfolios for over a decade—Klein said he had held off launching it until he could see the year-over-year outcome of the pandemic-catalyzed 2020 market plunge.

The aggressive approach Riskalyze is taking could have a wide-ranging impact on the independent advice industry. That's because the wealth management technology landscape tends to produce “frenemies,” firms that work side-by-side not because they want to, but because business pressures dictate decorum.

This campaign is different.

Orion Advisor Services, the parent company of HiddenLevers, has deep integrations with many of the same platforms that use Riskalyze. All three firms are integrated with, or used by, a broad variety of wealth management firms, custodians, CRM providers and other vendors.

One of the first indications of a skirmish came in March, when HiddenLevers released a statement accompanying its acquisition by Orion, in which it criticized “a single-number risk analysis approach.” The remark was widely interpreted as targeting Riskalyze. Soon Klein was plotting a response.

By April 15 Riskalyze had registered the Unhiddenlevers.com domain and Klein had assigned five members of his risk and communications team to coordinate a campaign targeting HiddenLevers and RiXtrema—on behalf, he says, of all fiduciaries.

“We really believe that we can't stay silent and allow flawed methodology to put our profession at risk of violating its fiduciary responsibilities,” said Klein. “What has really driven us to speak up in a clearer way today is just how incredibly bad that methodology performed with the 2020 pandemic,” he added, referencing the risk analytics provided by competitors. 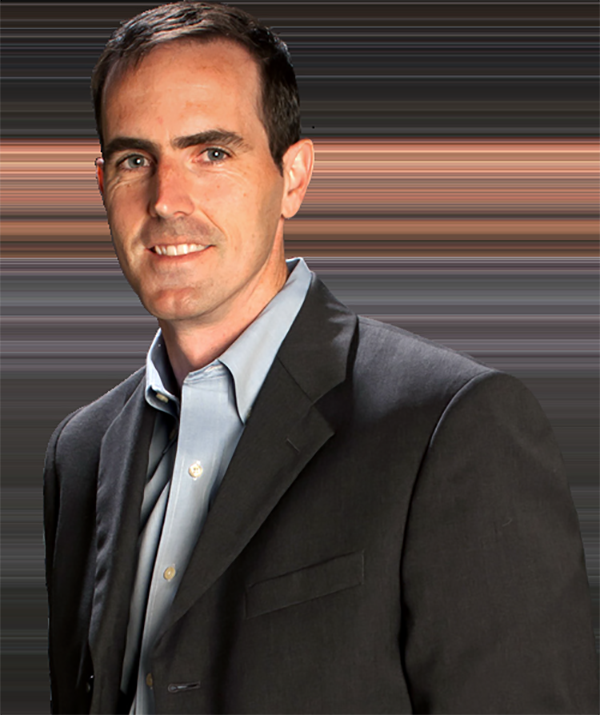 RiXtrema, which offers risk metrics to institutional managers and top quant shops, according to its CEO, Yon Perullo, called Riskalyze’s criticisms “dangerous,” noting that the firm has an abundance of data to support its analysis.

“Our scientific credentials speak for themselves,” said Perullo, citing an early version of the firm’s methodology published in the Journal of Risk Model Validation in 2010. “Whenever we publish a new scenario, we explain our thought process behind the factor stresses in that scenario,” he said. “Advisors can accept, reject, or alter those assumptions to create their own scenarios.”

The firm’s Portfolio Crash Testing PRO feature was originally designed for quant firms, he said, and later revamped for advisors. Advisors are able to use information provided by the tool to make trading decisions, he added. 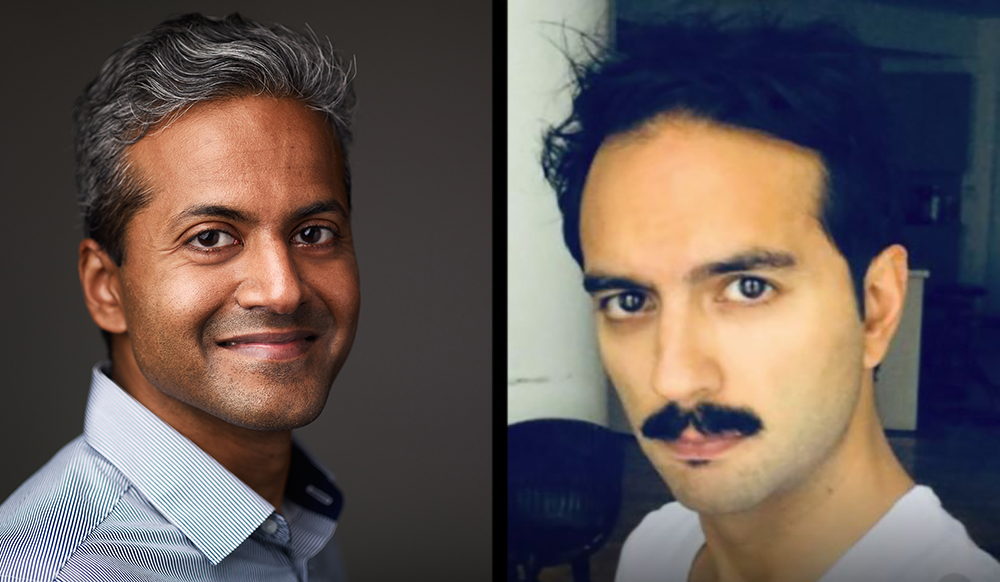 HiddenLevers, meanwhile, is a “client experience platform,” according to its CMO and co-founder, Raj Udeshi. “The scenarios give a backdrop to a macro narrative,” he said, describing the role of HiddenLevers’ risk analysis in an advisor’s practice.

“We use macro risk parity to create scenarios with an upside, base case and downside outcome…giving black swans and other sensationalist future outcomes the context needed to keep advisors and their clients level-headed,” he said.

The firm doesn’t recommend investments, said Udeshi, but HiddenLevers can be used to vet strategies and do model construction. “Actual trading decisions are the advisors’ own,” he added.

Addressing the scenario entitled “Kung Flu,” (published in December 2019), Udeshi said he regrets the phrase. “It quickly became apparent the term was being used as a racist dog whistle in a national political context. No advisors commented on the term,” he said. “We realized our error and changed the name of the scenario.” Anti-Asian hate crimes have spiked across the U.S. in 2021.

For his part, Klein doesn’t want to see HiddenLevers’ or RiXtrema’s methodologies used by advisors.

“Over and over and over again, they make these predictions and they're completely wrong,” he said. “It is dangerous for this kind of methodology to be put in front of clients and drive exactly the wrong investor behavior that destroys long-term financial outcomes.”

But that hasn’t stopped Riskalyze from integrating with HiddenLevers’ parent firm, Orion, even though Orion and HiddenLevers “see eye to eye on a lot of things,” according to remarks made by Udeshi in an interview following Orion’s acquisition of HiddenLevers.

“I find it interesting that Raj [Udeshi] said that,” said Klein, “because I heavily doubt that Orion sees ‘eye to eye’ with predictive guesswork methodology that was this bad and inaccurate.”

By weaponizing “fiduciary responsibilities” in its fight against competitors, Riskalyze’s campaign may also put advisors and firms in a bind if it begins asking them to pick sides. Carson Group, for example, has a partnership with both HiddenLevers and Riskalyze.

“Both of them provide very valuable things out there to the world,” said Jamie Hopkins, managing director of Carson Coaching and director of retirement research at Carson Group. “Both of them actually did a great job last year with the content and materials they put out during the pandemic.”

Goals-based planning needs to balance the risk of a portfolio with the risk of not meeting a goal, he said. In that decision-making process, advisors should be weighing a variety of factors, in addition to risk analysis.

“I honestly think they really shone well in a crisis moment. Both of them were very valuable tools when it came to client emotions,” he said, adding that he coaches advisors to use risk analysis as one data point when it comes to making trading decisions.

“It’s always fun to see where the companies are going,” he added.