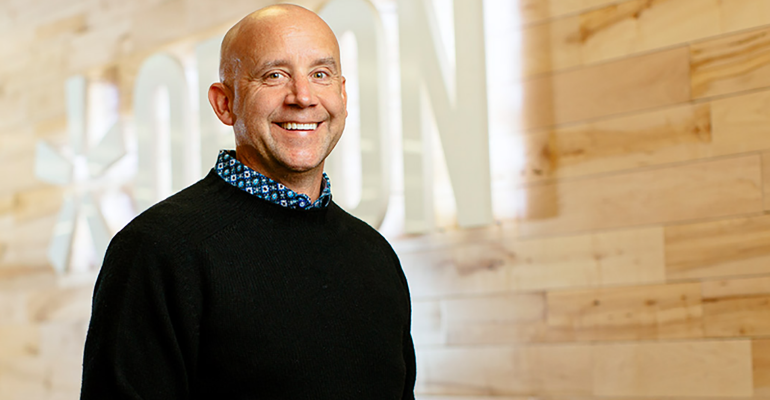 From portfolio stress tests to RIA business intelligence, the merger will help Orion compete with Envestnet.

After a long stretch of steady, organic platform development and customer growth, the plucky little Decatur, Ga.–headquartered HiddenLevers has won over thousands of individual advisors and made several key partnerships and customer wins (most notably Carson Group and Focus Financial Partners).

Now the firm and its technology will be embedded into key areas of the well-known Orion tech stack, enabling that firm to compete all the more effectively with the likes of industry behemoth Envestnet and others.

While terms of the deal were not disclosed and new titles are yet to be finalized, Orion CEO Eric Clarke said both founders would be joining the ranks as senior executives in his firm. Orion will also be bringing on board the smaller firm’s entire staff.

HiddenLevers will largely maintain its brand with the new name being Orion HiddenLevers and several core pieces of its technology soon to be embedded into several of the larger firm’s platforms. This includes making the HiddenLevers investment proposal functionality available within the Orion Communities marketplace and building scenario stress tests into the proposal generation system of Orion’s existing turnkey asset management platforms, Orion Portfolio Solutions and the recently acquired Brinker Capital.

“Those will be some of the first things we do,” Clarke said, adding that the stress-testing capabilities and the approach taken in building them by the HiddenLevers team had found a perfect home at Orion.

“When you look at what we are trying to solve for in general, to proactively have client conversations about future client volatility events you are preparing them for, no one prepares the client better than these guys and what they have built,” he said.

Clarke said his firm views its business as a core toolset in the advisor-client journey and that merging in HiddenLevers “will help us with the four pillars” in that process: prospecting, planning, investing and achieving the client's goals.

Clarke said that the acquired tech will find its way into many areas of Orion’s stack—from portfolio models to trading—and analyzing the risks involved in each.

Ghanta, HiddenLevers’ CEO, said he knew at some point his firm would need to join a larger company.

“At this stage in our development we had to ask ourselves ‘how do we make sure we are able to continue to scale and continue to make investments in technology?’ and Orion definitely makes sense as a long-term home for HiddenLevers,” he said.

“We see eye to eye on a lot of things, including the RIA as the ascendant winner in the advice space,” said HiddenLevers co-founder Udeshi.

“In terms of the choices we had, it is grow or die, and we both seem to be doing that. We look at them [Orion] as our big brother,” he said.

Alois Pirker, research director at Aite Group’s wealth management division, who had also been briefed on the announcement, said the acquisition offered Orion other important advantages.

“It will give Orion a rock solid capability set,” he said, noting that in addition to well-known and valuable stress-testing and proposal-generation features and risk analytics capabilities HiddenLevers provided for examining external factors, the lesser known but potentially bigger business value was looking at a firm’s internal metrics.

“Focus Financial is using it in a very unique way, pulling in all the data on all the RIAs they own or partially own and then are able to ask themselves ‘where’s the risk?’” he said. Empowering the 2,200 advisory firms, many of them multi-billion-dollar RIAs, on the Orion platform with the same risk analytics and business intelligence will be a powerful draw, he said.

Orion does plan to embed HiddenLevers’ technology within both its business intelligence and compliance tools, giving firms the ability to stress test every account in a firm’s book of business as well as provide firmwide views into revenue, risk, IPS drift and advisor performance.

In its prepared statement, the firm took a swipe at well-known risk analysis provider Riskalyze, without naming the firm or specifically calling out its trademarked “risk number”: “HiddenLevers goes beyond a single-number risk analysis approach and instead, builds applications that consider a broad palette of potential economic events—essential for protecting the fiduciary sensibility of Orion customers.”

Ron Carson, CEO and founder of the Carson Group, expressed his excitement over the deal in a written statement.

“HiddenLevers and Orion have long been important partners to our ecosystem and I'm excited for what this acquisition means to help advisors provide more compelling value and simplify their experience, while pursuing a more integrated, holistic experience for their clients,” Carson said.