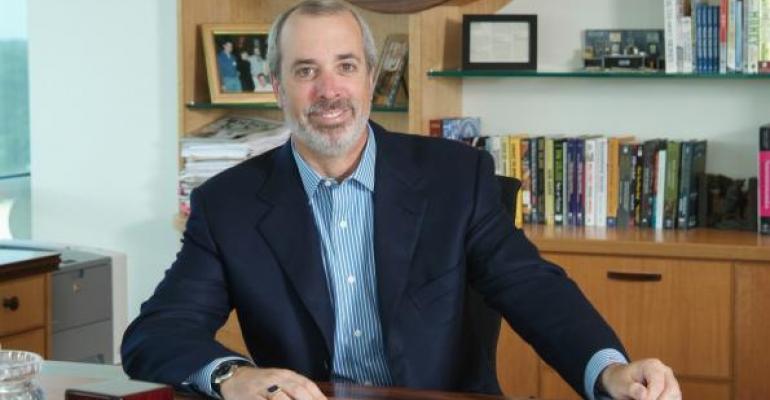 Ric Edelman Says The Future Is Coming Faster Than You Think

Advisors must fundamentally rethink their business over the next 10 years, or risk becoming extinct.

Of all science fiction movies, Ric Edelman says the most accurate depiction of the future is in 1999’s "The Matrix."

And that future is coming a lot sooner than we think, says the founder of Edelman Financial Services, one of the largest independent advisory firms with $17 billion in assets under management. For example, the idea of a flying car still seems like something out of The Jetsons, but a company in Dubai plans to launch a taxi service of driverless, self-flying cars in July.

“People are unaware of how fast life is going to be changing,” Edelman says, and it will impact every aspect of life. Financial services and wealth management is no exception.

BlackRock announced in March that it intends to lay off human stock-pickers in favor of artificial intelligence; Bridgewater Associates, the largest hedge fund in the world, is automating the management philosophy of its founder, Ray Dalio. The myriad robo advisors on the market today already automate much of the asset management process, and Edelman says the next piece is to add in financial planning using AI.

The scope of change is vast and it’s going to require advisors to fundamentally rethink their business.

“[We find that] most of the advice advisors have been giving clients is antiquated, obsolete and invalid for the lives their clients are actually going to live in the next 20 years,” Edelman said.

For example, most advisors operate under the assumption that clients will retire in their 60s and die in their 80s and 90s. But when living to 110 becomes normal, advisors are going to need a new model.

Clients will also need to work longer, which presents a new issue as AI and robotics continue to displace workers. It’s going to become critical for older people to have the means to go back to school and get retrained for a new career path.

“We have to teach our clients to anticipate this — to come up with the money to be able to pay for the new education and maintain your lifestyle while you’re not working so you can emerge in a new career and remain viable in the marketplace,” Edelman said. “So career counseling, career planning, [and] lifelong learning are going to be key services advisors provide in the future.”

The challenge, according to Edelman, is that the “overwhelming majority” of financial advisors aren’t just uninformed about the changes coming to the industry, but completely oblivious. He says he asks advisors at conferences what they think of blockchain, the distributed ledger technology that underpins digital currency like bitcoin. PwC’s recent global fintech report estimates that three-quarters of financial services firms will go live with blockchain by 2020, but most advisors still don’t know what the word means.

“We’re talking about an innovation that one technologist … said — in his opinion — is the most important innovation since the wheel,” Edelman recently told WealthManagement.com. “It’s a financial innovation and they’ve never even heard of it. So how can they be giving their clients effective advice if they are as clueless as their clients? It’s the blind leading the blind.”

It’s not just advisors; the public at large is unaware of the disruption coming. Treasury Secretary Steven Mnuchin said he was “not worried at all” about automation replacing jobs.

So Edelman has made it his mission to educate the public and financial professionals alike about the effects of exponentially accelerating technology, or “expo tech,” will have on financing and wealth. Working with Peter Diamandis and Ray Kurzweil of Singularity University, Edelman says he’s, “trying to bridge Wall Street and Silicon Valley.” He also has a new book, The Truth About Your Future: The Money Guide You Need Now, Later, and Much Later.

If advisors are unable to answer these questions, or just unwilling to make changes, Edelman is convinced they would go the way of the dinosaur over the next 10 years.

“The technological wave is going to overwhelm them,” Edelman said. “Recognize that you must embrace technology; you must invest in technology. And if you’re not going to do that, you must join others who have.”