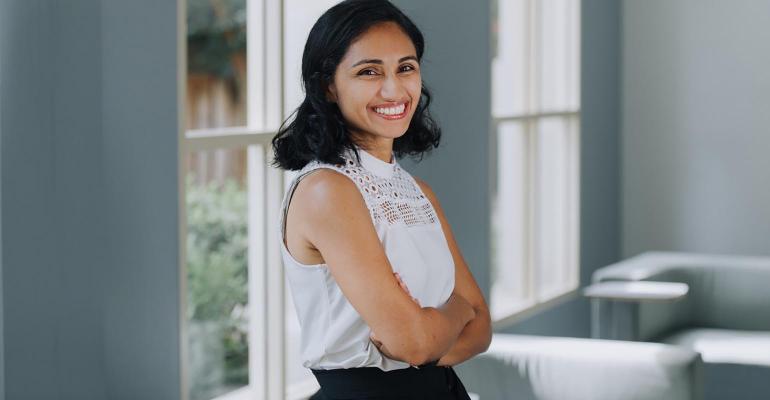 Sindhu Joseph continues to attract top-tier board members and investors to her artificial intelligence startup CogniCor.

The research scientist with a doctoral degree turned co-founder and CEO announced that her AI-powered business automation startup had landed Ramaswamy Nagappan, chief information officer for BNY Mellon Pershing, as an investor in the company. In addition, it was announced that fintech entrepreneur Toan Huynh was joining its advisory board.

In a nutshell, CogniCor is building AI-based technology, algorithms, really, that can seamlessly fill in for what was traditionally the role of support staff, providing end clients and advisors with answers and guidance to both common, as well as uncommon, questions.

Chatbots are not new, but chatbots—errrr, digital assistants—tied to sophisticated knowledge graphs (think of these as databases on steroids and often ones focusing on a single related group of things, like say all the forms and questions related to them that an advisor would have for a custodian) are a hot area across industries.

“If you want to order from Amazon or order from Uber, we want to bring that kind of instant experience to financial services and wealth management,” said Joseph.

“If you think about some of these very simple processes, for example, withdrawing from your IRA, or changing a beneficiary—we want to provide that kind of ease of use to automated technology, allowing you to have a natural interaction with the system, simply being able to ask for what you want in regular language,” she said of CogniCor’s ongoing work.

Her firm launched its first three digital assistants, one each specific to Forms, Navigation, and Smart Call routing, in April 2021. In December, CogniCor launched a knowledge graph to help provide digital assistants the context and background information necessary to support RIAs and IBDs and expedite the learning process for a given advisory firm’s operations.

Known to most in the advisory tech world as Ram, Nagappan made a personal investment in CogniCor through a simple agreement for future equity (SAFE), the details of which were not disclosed.

"The firm's ability to leverage reusable knowledge graphs and develop specific use cases for this technology can address broken experiences across the financial services industry," Nagappan said in a statement.

While he currently serves as CIO for Pershing, Nagappan has held many other roles over the past several decades, including as managing director and CTO for iNautix Technologies, a managing director for DLJ Direct, and as a serial entrepreneur and investor in the New York City area.

Perhaps less well known in advisory tech circles, Huynh has served as an investor and advisor for early-stage startups that include fintechs and insurtechs, and was the founder and CEO of GlobalOne/Cloud Sherpas, which was acquired by Accenture in 2015.

CogniCor, founded in 2018, was selected for and participated in Morgan Stanley’s Summer 2021 Multicultural Innovation Lab Cohort.