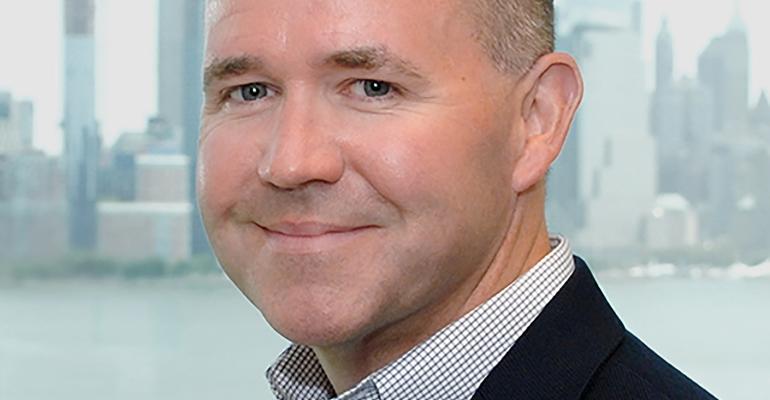 Fintech veteran Alex Sauickie, a former colleague of the late John Michel when the two were at Merrill Lynch, will be leading CircleBlack.

Digital wealth management platform CircleBlack announced that fintech veteran Alex Sauickie has been named president and CEO of the firm, effective Sept. 1. Previously, Sauickie was president and COO at Scivantage, where he was responsible for enterprisewide operations and oversaw the sale of the firm to Refinitiv. Sauickie also worked with John Michel at Merrill Lynch, where he helped Michel develop what is now called Merrill Edge. Michel’s sudden death in July led to the search that saw Sauickie named as CEO.

CircleBlack provides advisors with a platform that has built-in portfolio management, performance reporting, trading and rebalancing, simple billing and integrations with popular CRM and financial planning vendors. It also provides a client app with versions for both iOS and Android.

Fresh off the announcement of his appointment, WealthManagement.com spoke with Sauickie to learn about his plans for CircleBlack, which has $80 billion on its platform and services 86 RIAs, and reflect on the impact Michel had on the wealth management industry.

WealthManagement.com: Your appointment was effective Sept. 1, but the news is being announced a couple of weeks later. Was there housekeeping that you had to attend to before making the announcement public? What accounts for the two weeks between the appointment and the announcement?

Alex Sauickie: Given some of the things that have gone on with the company, I wanted to get in and get introduced to the people within the company first. It’s a little bit of a sensitive situation.

Really getting to know all the people internally and getting to have one-on-ones with everybody to understand what's working and what needs improvement is really where I wanted to spend the first couple of weeks. The team is great. They’re very committed to the company and continuing to move the company forward.

The last couple of weeks have also been spent getting introduced to our clients and really having an opportunity to talk to them.

WM: What do you mean by “Given some of the things that have gone on with the company?” Are you describing John Michel’s passing?

AS: John was always a gentleman and somebody very committed to the company. He had a very close relationship with everybody internally. You really want to be sensitive to that coming in.

As pure coincidence, I knew John and I worked with him early in my career at Merrill Lynch. He and I worked on a really important project that grew into what is now known as Merrill Edge.

It was John's idea. I was hired to execute on it. We built something great back in the late 90s that I thought was pretty visionary. It's grown into a pretty big part of Merrill Lynch's business today.

WM: Did he sit down and interview you for that role?

AS: No. He was on the product and marketing side of Merrill Lynch. I was on the operations and finance side.

He came up with the idea of building a home office type of environment to manage accounts, where Merrill brought in what they considered their smaller households to support them more efficiently.

I was actually hired to execute on that vision, which was to hire a bunch of advisors to staff (at the time) 24/7 support for the first time. This was back in the time where the direct businesses of the world were just getting started.

It was really John’s idea and he and I worked together to execute on that. It grew into a heck of a business for Merrill Lynch.

WM: What are the subtleties and dynamics of taking over for a company that's had a CEO pass suddenly and unexpectedly?

AS: It’s important is to make sure the team internally knows that somebody is coming in who does know the space. Somebody that understands the division that was laid out prior by John and what he had done before.

And also reassure our clients that, while unfortunate, the company is still in good hands and will continue to deliver what John started. That again is kind of what I've been doing over the last two weeks.

The response has been overwhelmingly positive, both internally, and probably even more externally with our clients.

WM: How do you move forward from where you are now?

AS: Other than being sensitive and addressing the fact that I'm coming in at a time after John's passing, the rest of it is similar to what I've done before. Most of my career has been spent in early-stage companies that are poised for tremendous growth, as I believe CircleBlack is.

It's about understanding where the company is now and what the growth challenges are. Some of that is from experience. I’ve done it a couple of times now. It’s really preparing the company for growth as we move forward with our clients.

WM: I’d like to transition into your vision. Your recent focus has been centered on growth by targeting enterprise clients. How is that going to translate at CircleBlack?

AS: For most of my career, I've supported RIAs, as well as small, medium and large-sized broker/dealers and banks. That lends itself incredibly well for where CircleBlack is now and where I think we're going to take the company going forward.

We're already poised and in a really good spot to support RIAs, which is exciting because the trend continues where more and more advisors are going independent.

AS: There's certainly a need to expand on our mobile offering. We do have a mobile offering for our investor product, but the breadth of that could expand.

We also expect to expand and increase our mobile offering at the advisor level. Historically, the firm has felt there hasn't been as much of a demand for that. But seeing the trend and where the industry is going—and what both advisors and investors are going to expect—is a deep level of functionality within a mobile offering.

We all use our phones for pretty much everything else. There's no reason to believe that that won't be the case here.

WM: When you say, “a deep level of functionality,” you mean something beyond checking an account value?

AS: We will let the clients drive that quite a bit, but we certainly want to offer more than just your balance.

When I started at Merrill Lynch, I probably took 200 calls a day that were clients asking about a balance, before this type of technology came into play. So I appreciate it, but at the same time, both advisors and investors want to be able to provide a lot more information than that.

WM: Looking out further, what is to be expected at CircleBlack?

AS: We want to focus on expanding the breadth and quality of data, making sure that we have the underlying data that our clients need and that it’s high quality. It's one thing to get data, but it's got to be accurate. We're really focused on expanding that breadth of data.

As we continue to grow, there'll be data elements and types of data that we're going to want to expand on.

We also want to continue to be quick to deploy and easy to use. RIAs, while we have a support team in place, we know they don't want to call us.

We also want to make sure that they know that having a product like CircleBlack is a competitive advantage. It's something that allows advisors to do what they want to do, which is to grow and attract new assets.

There are things we can do even better that will help clients. One area is deep integrations with third-party products. Our integration with Salesforce (CRM software) can be deeper and I expect it will be. We want to be a functionality that can be on an advisor's desktop, but we’re also sensitive to the fact that they may consider one tool the core tool that they use, like Redtail (CRM software). We'd rather ensure that we're available to them through that tool, rather than not.

Then, the other side of it, with other clients. More and more, we're going to scale in a way that supports small and medium and even large broker/dealers as we move forward. We'll get into much more enterprise opportunities beyond just RIAs.

WM: Thank you. I’d like to circle back to the unique situation that you're in. You worked with John early in your career. Is there a sentiment of doing right by John?

AS: It's amazing to me how small this world of financial services and the fintech world of ours is. It is pure luck and coincidence.

It's not lost on me that I'm in a position to execute on John Michel’s vision again. That's what I was tasked to do back in the 90s, when he came up with what is now called Merrill Edge. He had a vision for a product that would help advisors and investors then. I think it's easy to say that he had the same vision with today's technologies.

Here we are, 20-plus years later, and I'm in a position to execute on John's vision, again. It's something I'm honored to do. It's something that I take seriously. I’m proud to do it.

This interview has been edited for clarity and concision.