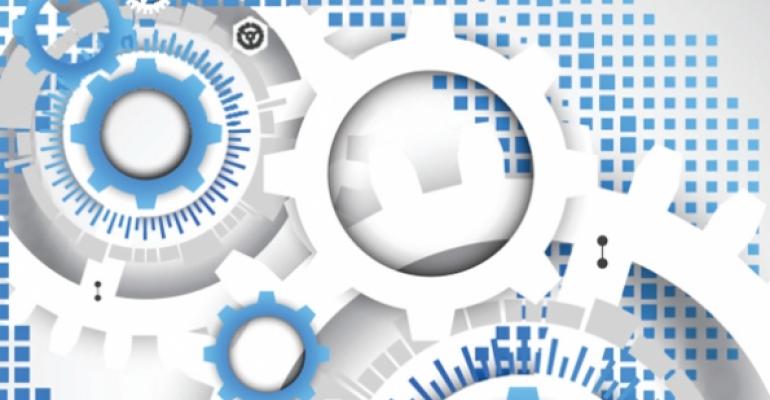 Focus entered a strategic business relationship with HiddenLevers to build new tech for the RIA consolidator, which is now available to some partner firms

RIA consolidator firm Focus Financial Partners has partnered with HiddenLevers, a company built around cloud-based portfolio stress testing, to create a business intelligence platform for Focus and its partner firms, according to a company announcement. Focus Financial began publicly trading last year and earlier this year announced a deal with an RIA tallying $1.3 billion in revenue, a deal that will contribute to an expected banner year in deal volume.

HiddenLevers co-founder Raj Udeshi said in an interview that key to building out a business intelligence platform used by many different RIA firms, each with its own custodial relationships and possibly using different portfolio and account management platforms, is integrations through APIs.

"The APIs we will work with will be with the marquee platforms including BlackDiamond [now part of SS&C], Addepar, Advent [also now owned by SS&C, which includes the Axys and APX platforms], Tamarac [part of Envestnet] and Orion," said Udeshi.

Focus founder and CEO Rudy Adolf made the point, in his firm's prepared statement, that HiddenLevers was a natural choice for the aggregator.

“Technology is an important enabler of our partner firms’ business models and provides them with tangible networking benefits. Given our scale, we directly influence how solutions are developed so that they are tailored to Focus needs,” said Adolf. “HiddenLevers is the right business intelligence platform for fiduciaries, because they think like fiduciaries,” he added.

WealthManagement.com reached out to Focus for additional comment but the firm declined to comment beyond what is in the press release.

An Industry Lacking in RIA-Level BI

Among advisory technology experts, Michael Kitces, co-founder of the XY Planning Network, has long advocated for more and better business intelligence among RIA firms.
"The irony of the advisor space is that we do all these Benchmarking studies, but most advisors still have no tools or dashboard from which they can easily pull the data for the benchmarking studies in the first place," Kitces wrote in an email response.

"At best, they pull some raw data about their business from various systems, and then have to manipulate them in spreadsheets to generate the actual 'business intelligence' data points that would go into a benchmarking study," he added, noting that this in turn means such firms certainly don’t have the ability to proactively track and manage their own key business intelligence data points.

He went on to point out that this lack of real time tracking mechanisms for business intelligence key performance indicators means that firms cannot adequately perform what he said are the next step in prudent business management: to evaluate the potential consequences of a business shock, which, for the popular AUM model is the inevitable bear market (or other market-related events).

"So I’m particularly fascinated by what Hidden Levers is building, not only because they’re building some of the business intelligence tools for KPI tracking that firms (especially large firms) need, but that with their roots of investment stress testing tools, they can go the next step and help firms actually stress-test their revenues and profits in various risky market scenarios," Kitces noted.

Will Trout, head of wealth and asset management at research and advisory firm Celent, said that business intelligence presents a big opportunity.

"By marrying risk analytics with revenue analytics for the roll up, HiddenLevers is introducing a solution into what is very much white space," Trout wrote in an email. "It’s also a very fragmented space and capturing aggregators like Focus is a great way to solve the scale problem; and the cloud, software as a service model is flexible enough to serve this market from a pricing and usage perspective," he added.

When it comes to competitors in the space, Trout said he sees big CRM providers that would include Salesforce, Microsoft and Redtail as those that are likely in the best position to play catch-up with at least some of what HIddenLevers is doing. He noted that while these firms, with their advanced analytics technologies can get much of the way toward being able to build out business intelligence for advisory firms from a more practical business standpoint he doubts any have gotten far enough in integrating the portfolio risk piece that HiddenLevers has.

HiddenLevers: From Stress Testing To Filling In The Gaps

HiddenLevers first came to the attention of financial advisors when it was still in beta back in March of 2011. At that time, the startup provided interactive portfolio stress testing, macro scenario modeling, a macro scenario hedging screener, macro trend investment research and The War Room (an entertaining and informative monthly interactive webinar examining Macro Scenario outcomes).

"We are good at filling big gaps and not just doing the same things that a lot of other firms do, and with this there has been some significant customization with this buildout," Udeshi said, adding that with business intelligence, data has to be pulled from a lot of different applicaitons and different types of firms will have different requirements. He also noted that there is no exclusivity with Focus in this partnership, such that other firms will be able to partner with them for the platform too down the road.

Fast forward from that start in 2011 and a focus on stress testing and HiddenLevers has added risk profile comparison and proposal generation tools, model construction, and enterprise risk and revenue monitoring, among other things, to its offerings. The company has numerous integrations and industry partners from TD Ameritrade Institutional to Envestnet and Orion Advisor Services. In addition to financial advisors, the company works with asset managers, compliance teams and corporate treasuries.  Udeshi said that the firm has grown to a team of 20, half of them developers and is headquartered outside Atlanta, in Decatur GA; it now has more than $440 billion in client assets under analysis on its platform.