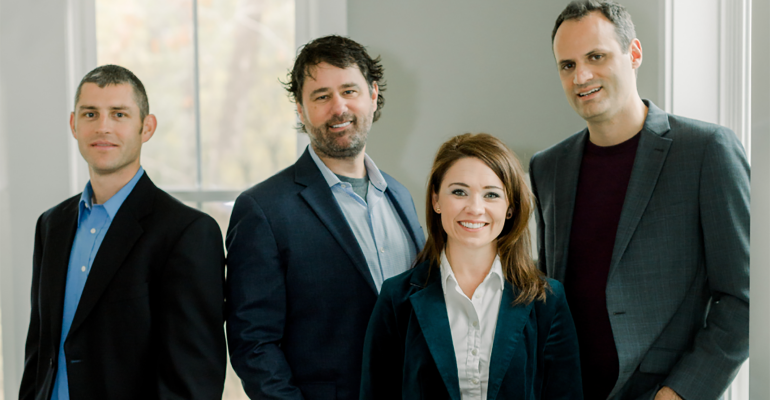 With a team of three other co-founders, Jud Mackrill is launching an 'integration as a service' company, called Milemarker, to help advisors better understand the data within their firm.

Jud Mackrill has left his role as chief marketing officer at Carson Group to start his own wealthtech “integration as a service” company, called Milemarker.

In an exclusive to WealthManagement.com, he said the new firm, which will be self-funded to start, aims to provide advisor clients with data-focused technical and consultative support, working to turn data into usable information and smooth its flow between the different layers of advisors’ tech stacks. One use case is to provide advisors with their own custom internal application programming interface, which they can use across their business.

To help advisors understand Milemarker’s offering, Mackrill turned to Salesforce as an example. The CRM provider, he said, not only provides software, but also provides consultants to implement the tech. But a major difference is that Mackrill’s new firm is expressly focused on advisors.

“We believe that you can have more ownership over your data,” he said. That ownership allows advisors to not only have “more modern tools to solve micro problems” but also to “control your own front-end experience.” Mackrill envisions Milemarker facilitating the buildout of firm-level proprietary technology and data centralization.

Mackrill, who is CEO of the firm, will be building the new firm with three co-founders: Kim Mackrill, his wife and CMO, Paul Kent Graeve as CTO and Mark Smith. Both Mackrills and Graeve are investors in the firm. Smith "works in development and leadership of the company," said Jud Mackrill.

Milemarker represents an entrepreneurial opportunity for the former Carson Group CMO. For Graeve, the new venture provides a stage for applying three years of software development to the world of advisor technology, according to Mackrill.

“Our core technology allows [advisors] to rapidly connect to the data you have, today,” said Mackrill. “In a matter of weeks [you] have your own API, with which you can work to better integrate your systems and build your own user interfaces [and] business intelligence.”

Graeve founded data.simple in 2016, before turning his full attention to Milemarker this month. Before founding his own software development firm, he was principal at Vinelight, a company that analyzed the effectiveness of fire departments.

Milemarker is the most recent company that Jud and Kim have built together. The duo launched marketing firm Mineral Interactive in 2015, after Jud left his role as CMO at Orion Advisor Services. Mineral Interactive was acquired by Carson Group in 2018, the same year it won XYPN’s fintech competition.

The new endeavor is just the most recent firm to tackle the problem of friction within advisors’ tech tool kit. In 2019, tech entrepreneur Oleg Tishkevich launched Invent.us, which sought to help advisors “solve their complex systems architecture problems.”

“We’re definitely playing after the same audience,” said Mackrill. “We’re going to have a lot in common with them. He and I spoke a couple of weeks ago and we think there’s a lot of opportunity to even work together.”

“Every company who's invested in any form of technology probably needs to have better data centralization and to have ongoing management of that,” he added. “There's plenty of opportunities for what we have to offer.”

That’s because each sale represents a potential tech consolidation opportunity. “Those companies aren't really becoming more efficient and operationally more integrated,” he explained. “They're getting further away from that.”

With vendor-provided APIs now commonplace in wealth management technology, advisors should be able to capitalize on the same benefits vendors have enjoyed, said Mackrill. The launch of Milemarker is an entrepreneurial approach to solving that problem.