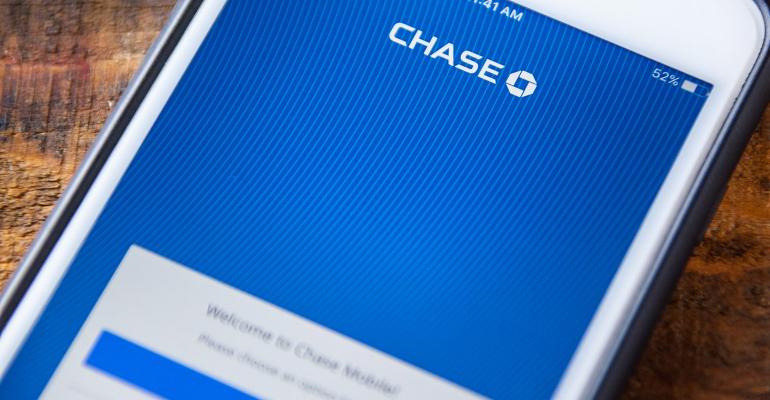 You Invest Portfolios, which launched in July of this year, will require a minimum of $500 after a previous minimum of $2,500.

JPMorgan Chase customers with a minimum of $500 in their checking account can now enroll in You Invest Portfolios, an automated advice platform, or so-called robo advisor, that gives customers access to managed investment portfolios, the bank announced this week.

Previously, customers accessing the robo advisor (which launched in July of this year) needed to have a minimum of $2,500 in their checking account to attain a managed portfolio. The announcement came several days after TD Ameritrade lowered the account minimum for its own robo offering from $5,000 to $500 (though clients accessing that platform need to set up recurring deposits into the account before reaching a $5,000 balance).

According to David Goldstone, the head of research for Backend Benchmarking, the moves by JPMorgan Chase and TD Ameritrade are indications that institutions with robos are seeking ways to increase their profitability by expanding the scale of their consumer base through increased accessibility (he also pointed to Vanguard’s pilot program on a digital advice product reducing the minimum investment for managed product to $3,000 from $50,000).

JPMorgan Chase launched You Invest Trade in August 2018, offering free and discounted trades to customers, in an attempt to compete with discount brokerages and no-fee trading platforms like Robinhood. While there was no explicit account minimum listed, customers of Chase Private Clients (who are required to have a minimum average daily balance of $250,000) received an unlimited number of free trades. This week, JPMorgan Chase also announced that Chase Premier Plus customers could also access unlimited commission-free accounts on the You Invest platform (Premier Plus customers need a minimum average daily balance of $15,000).

While each reduction has its own individual causes, they’re also indicative of a wider trend, with institutions seeking numerous avenues to broaden their prospective client base, according to Dennis Gallant, a senior analyst with Aite Group.

“There’s a growing advice gap; you’ve had an up-market for two or three decades, and it’s continued to up-market from a wealth management perspective,” he said. “I think technology and the infrastructure now allows firms to service smaller net-worth investors.”

Gallant said JPMorgan Chase could be in a particularly advantageous position, as their integrated product solutions mean that there are many different ways to "enter" as a client. Firms increasingly want to be “one-stop shops” for all customers, and part of that would entail ensuring their potential customer base is as wide as possible.

“Now, the firms can start building a continuum of services and advice that brings everything together holistically,” he said. “It’s not surprising, and I’ll expect to see continued pressure on price.”

Expanding the accessibility of the offering could particularly impact younger customers. A recent Harris Poll conducted for TD Ameritrade found that 37% of millennials indicated they would have started investing earlier if account minimums had been reduced. It is a quandary affecting many players in the wealth management space; at the Securities and Financial Markets Association Annual Meeting in Washington, D.C., earlier this week, Lisa Kidd Hunt, an executive vice president of international services at Charles Schwab, underlined the importance of technology in attaining (and retaining) younger clients.

“Are all of them engaging us for advice? Not right now,” she said. “But we expect that they will, as their lives become more complex and their needs become more intertwined.”