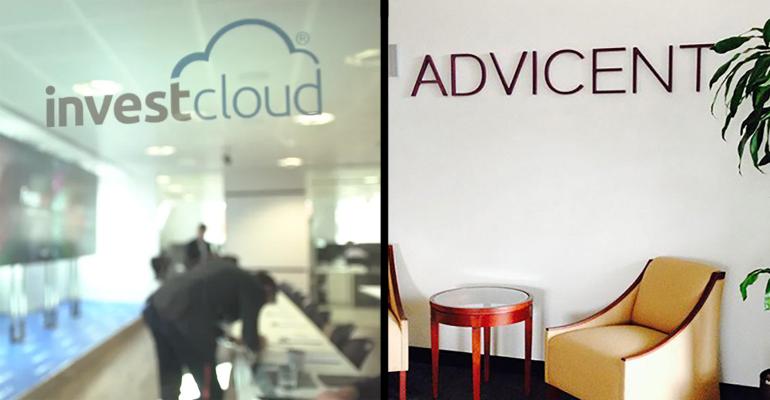 InvestCloud is building a modular version of NaviPlan's financial planning technology, following its acquisition of Advicent earlier this year.

It’s been nearly three months since wealth technology platform InvestCloud acquired financial planning software developer Advicent, and its NaviPlan tool, for an undisclosed amount. In an exclusive interview with WealthManagement.com, the Los Angeles–based wealthtech firm revealed it would be modularizing NaviPlan’s capabilities, essentially placing the tool alongside other InvestCloud “apps” and making it easier for advisors to purchase access to the cashflow planning engine. At the same time, InvestCloud has no plans to discontinue support for existing NaviPlan clients or to shake up Advicent’s leadership.

Now that it has completed its acquisition, InvestCloud is in the midst of placing NaviPlan’s capabilities inside its InvestCloud Digital Warehouse, where it will become an app called “Np” that will be available on desktop and mobile. The Np app will “complement InvestCloud’s existing and flexible goal-based planning, holistic planning and total net worth apps,” said Mark Trousdale, chief marketing officer at the firm.

InvestCloud is marketing NaviPlan to its existing clients as a new solution, added Trousdale, but said that he also expects existing NaviPlan customers will find technology and products of interest with the new introduction to InvestCloud. NaviPlan is used by over 140,000 financial professionals across nearly 3,000 firms worldwide. In addition to operating as a familiar name in North America, it owns Figlo, which has industry cache in Europe.

NaviPlan’s planning technology will also be incorporated into the InvestCloud wealth management platform, according to Trousdale. As an integrated product, the NaviPlan app will reside along with more than 300 other apps to provide advisors with a variety of capabilities that they can mix and match.

The new app will be an important distribution point for InvestCloud’s asset management and financial products, as well. “By virtue of having integrated NaviPlan into our digital warehouse, it means that manufacturers—asset managers—who are publishing products into our financial supermarket can get those distributed through a digital app,” said Trousdale. “Equally, folks on the wealth side of the distribution side of things will be able to reach across and have access to more financial products than they would have had InvestCloud not bought Advicent.”

In that way, InvestCloud’s stated approach is similar, but not identical, to Envestnet, following the latter’s purchase of MoneyGuidePro’s parent firm, PIEtech, for about $500 million in 2019.

But planning tools can go only so far in that direction, said William Trout, director of wealth management at Javelin Strategy & Research. “Product has always been the means to fulfilling the objectives stated in the plan. I don’t see financial planning software being broadly repurposed for product delivery purposes, however. If anything, the integration legwork involved places too much of a burden on lightly staffed and relatively thinly resourced planning platforms.”

Although InvestCloud has the firepower to “pump up distribution,” he observed, it is more likely to “layer on advice to [its] operational/digital and investment management capabilities, which are already quite robust.” Even before it purchased Advicent, InvestCloud owned planning technology, namely RetireUp and AdviceAmerica that it bought in its Tegra118 purchase. Combining that technology with NaviPlan gives InvestCloud “client-advice capabilities that are truly cradle to grave.”

"[I'm] impressed to see how InvestCloud has muscled its way to the top of a consolidating platform pile," he added.

InvestCloud is intent on doing away with “point solutions,” said Trousdale. Financial planning needs to cover “the full spectrum of wealth,” from business planning to retail clients to ultra-high-net-worth, he said.

With the firm’s annual conference scheduled for October, InvestCloud will provide updates on its Np app and the status of its NaviPlan around that time, said Trousdale.