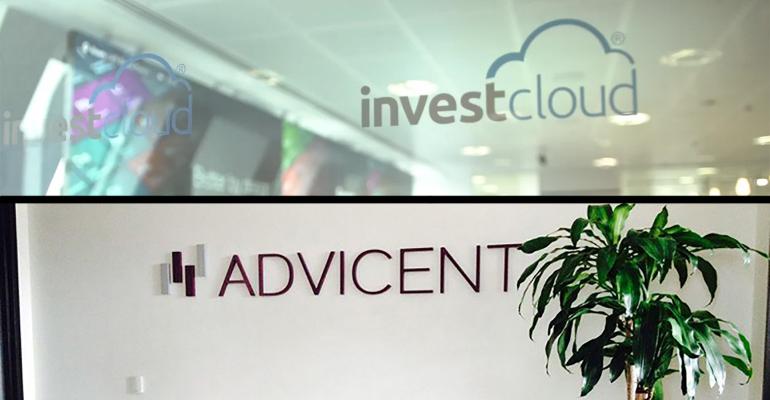 Wealthtech unicorn InvestCloud is acquiring financial planning software developer Advicent, including its NaviPlan platform, according to sources briefed on the deal. The transaction provides InvestCloud with advisor-focused inroads in the North American marketplace, complementing the European-focused planning capabilities of Finantix and providing additional firepower for Tegra118's limited financial planning capabilities.

Terms of the deal were not disclosed. Advicent was purchased by Vista Equity Partners in 2011, when Emerging Information Systems was rebranded as Advicent. Advicent is headquartered in Milwaukee.

A company spokesperson confirmed the announcement, which will see InvestCloud buying software used by over 140,000 financial professionals across nearly 3,000 firms worldwide. NaviPlan has both goals-based and cash flow-based planning capabilities. John Wise, co-founder and CEO of InvestCloud, was particularly impressed by Advicent's "advanced retirement income scenarios and estate/trust planning focusing on the very difficult planning aspects of tax and cash flow," he said in a statement.

"InvestCloud is functionally strong and also extremely well known for design of intuitive user experiences," said Angela Pecoraro, CEO of Advicent, in a statement. "As digital plays a more and more critical role in the advisor experience, InvestCloud’s platform will enable our clients to reduce complexities, increase flexibility and be a game-changing power for client-to-advisor collaboration by applying behavioral science to improve client outcomes.”

“It is a decisive move,” said Alois Pirker, research director at Aite Group. After being briefed on the deal, he sees two “powerhouses of wealthtech,” InvestCloud and Envestnet, which have precipitated a “wealthtech roll-up.”

Advisors will benefit from seeing more investment in NaviPlan under new ownership, as well as not having to worry about transitioning to a new financial planning software provider, said Pirker.

For InvestCloud, deals like its partnership with JP Morgan, where it powers J.P. Morgan Self-Directed Investing (formerly called You Invest), become even more notable. Now financial planning capabilities can be added to the mix—and the planning capabilities are already oriented towards human advisors.

InvestCloud also gets a number of major logos and an alternative to the “tired” planning technology it owns within Tegra118, said William Trout, director of wealth management at Javelin Strategy & Research. Although not briefed on the acquisition, Trout pointed out that “a real financial planning tool was always the missing link” for InvestCloud. Finantix works well in a European marketplace and Tegra118 has a decumulation tool called RetireUp and a goals-based tool called AdviceAmerica, he said, but they lacked the industry cache and reputation that NaviPlan has built in North America.

Although it was integrated into Fiserv, AdviceAmerica has been treading water for years, after Fiserv acquired it in 2010. Fiserv then sold Fiserv Investment Services to Motive Partners last year, when it was rebranded as Tegra118. InvestCloud's parent company, Motive Partners, restructured the acquisition earlier this year, bringing it under the InvestCloud brand.

Meanwhile, Advicent also comes with its own European financial planning footprint. It owns Figlo (founded in the Netherlands), having acquired it in 2014..

With this acquisition, Trout said he sees InvestCloud competing with State Street, which owns Charles River Systems, and Vestmark. “This is sort of the puzzle piece that gives InvestCloud a complete set of advisor-facing tools,” he said.

The deal also signals the turning of the page on a generation of incumbent, stand-alone financial planning software developers in the class of eMoney Advisor and MoneyGuidePro, added Trout. To be sure, there is still room and creativity in the startup scene. Firms like Right Capital, and Canada-based Conquest Planning (a startup launched by NaviPlan’s founder, Dr. Mark Evans) are gaining in popularity, but InvestCloud has now rolled up one of the last standing members of the old guard of financial planning firms.