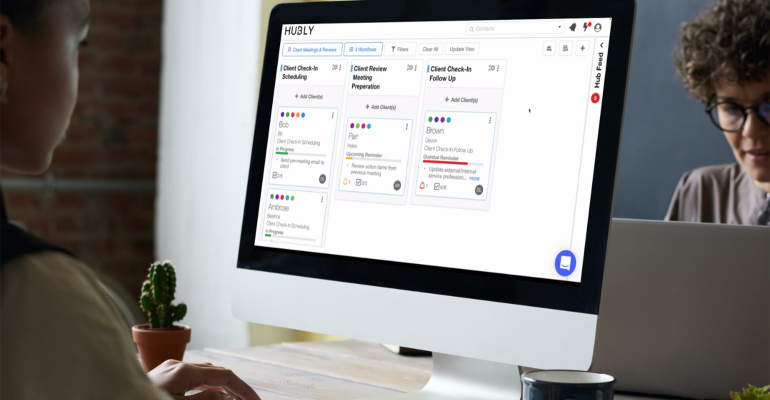 For those advisors already using the popular Redtail or Wealthbox customer relationship management platforms, Hubly, a workflow management tool that has bidirectional integrations with both, just announced a new feature likely to be of great interest.

If unfamiliar with Hubly, the software as a service launched two years ago, and simply put “activates” the client data in either of those two CRMs and helps an advisor and their staff create, automate and/or divvy up client-related tasks appropriately (and repeatably).

In addition, the service, which can be thought of as an overlay to the two CRMs above, has an interface that acts as a visual digital dashboard displaying a firm's tasks and can be customized to emphasize what is most important to a particular user (advisor versus client service team member, etc.).

The new feature makes use of a team member’s role, workload and the specific clients that team member serves as pulled from an advisory firm’s CRM system and then assigns upcoming tasks automatically.

In other words, the Hubly technology takes over what in the past has often been a manual process of task assignment by importing and analyzing client service team member roles from the CRM so those tasks can flow automatically to the right team member in the future with either that or other clients and prospects. 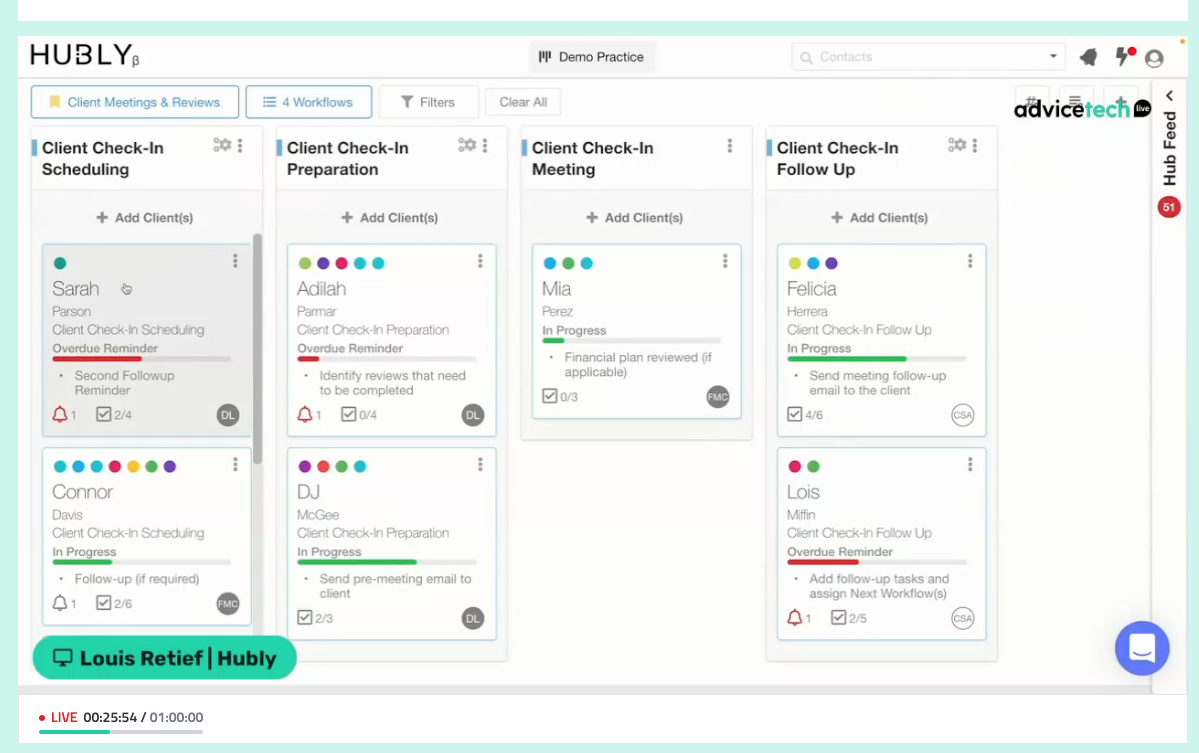 Tasks can be customized as well, and roles created for specialized activities or for continuity of service when a team member is away or leaves the firm.

And firms can also set up the feature to “intelligently load balance” between employees who have shared roles based on each team member's capacity.

Those firms just starting out will not have to begin from scratch on their own as Hubly has more than 60 workflow templates prebuilt for the two CRMs.

Hubly also integrates with Zapier, which itself is a popular repository of workflow integrations to a lot of common office productivity applications, from email to calendars to MailChimp.

While there is no direct competitor to exactly what Hubly is doing, there are others working on the problem of improving advisor efficiency through automation from varying levels in the tech stack and that take different approaches.

For example, workflow automation platform Benjamin has API-based integrations with Salesforce, Microsoft Dynamics, Redtail and Junxure in the CRM sector; Orion and SS&C Black Diamond in the portfolio reporting sector; and DocuSign for e-signatures in the Microsoft Outlook and Google Docs suites. Entry level pricing for Benjamin starts at $5,000 annually with final cost based on the number of households a firm is looking to serve.

Then there is Pulse360, which is more on the client communications automation front, from helping automate an advisor’s meeting notes summaries (whether typed or handwritten on an iPad), to tagging and filtering of notes, to automated task triggering from within the notes, to client emails. Pulse360 has integrations with Redtail and Wealthbox, as well as Salesforce, Riskalyze and PreciseFP. It has various packages that start at $44 per month with an annual contract.

And more toward the enterprise end of the spectrum, larger RIAs and advisors at independent broker/dealers are likely to begin hearing about CogniCor, which builds task-specific artificial-intelligence-based digital assistants and has its own platform for deploying and managing them called CIRA.