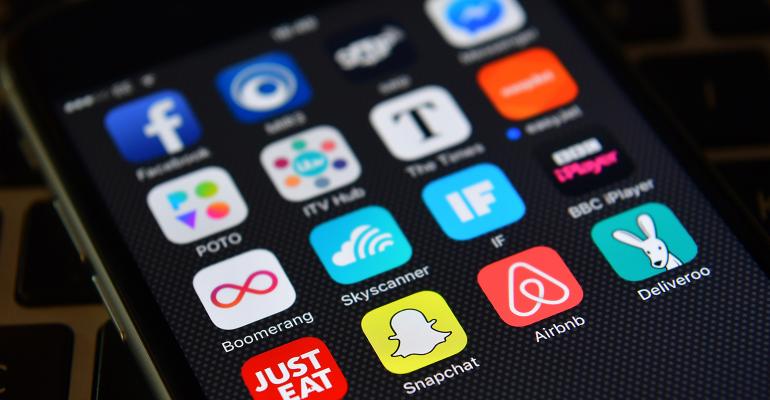 FMG Suite got the jump on at least one competitor, but marketing automation and customization may ultimately prove to be bigger differentiators.

Advisors and their assistants using FMG Suite will now be able to more easily run marketing campaigns from their phones. FMG Suite has launched a new iOS and Android mobile app that allows users to locate and share content from the FMG Suite Content Library, pushing out mobile notifications to their clients about the latest news, according to an announcement made Tuesday. With its launch, FMG Suite is among the first marketing tech firms to launch a mobile app designed specifically for advisors and their marketing campaigns.

The app has many of the same functions FMG Suite users are already familiar with. Advisors using the app can choose the audience for their content, as well as schedule and review when it will be delivered. Advisors are able to select which social media profiles they publish to, as well.

“We see engagement rates of [more than] 40% when our users share timely content,” he said in a statement. “Now we're making it even easier for financial professionals to share that information quickly."

With the launch of its app, FMG Suite is also moving ahead of some of its competitors.

Marketing tech firm Snappy Kraken is working on a mobile app but doesn’t expect it to be completed until sometime next year, according to a company spokesperson. Broadridge doesn’t have a mobile app, but Kevin Darlington, general manager of Broadridge Advisor Solutions, said its “core digital marketing applications are responsively designed to enable easy use from mobile devices,” even as it focuses on automation so that advisors don’t need to log in to an app to deliver marketing content to clients.

Vestorly doesn't have a mobile app but said its web app is compatible with mobile devices.

Meanwhile, Hearsay Systems deployed a mobile app for iOS and Android in 2015 that allowed advisors to publish content from the Hearsay Social Content Library to social networks, as well as create original posts to share, view scheduled posts and email or text clients. Marketing firm Seismic has its mobile app and the LiveSocial app, a rebranding of Grapevine6, founded in 2013 and acquired by Seismic in 2020. LiveSocial gives advisors access to the app's content library, seeded with content from the advisor’s own marketing team and third-party content from more than 11,000 sources, according to the firm.

FMG Suite is currently working on its own automation strategies and plans to include a feature called Curator, which will automate content delivery to some extent, said Dave Christensen, FMG Suite chief product and technology officer.

Automation will make marketing easier to use for advisors like Mitchell Nelson, president and founder of Monmouth Financial Services, in Morganville, N.J. A beta participant in the FMG Suite app development, he said he has his own social media assistant and uses the app “sparingly.” He said he wasn’t using a particular app to manage his marketing before FMG Suite launched its own but finds the app to be useful.

Nelson isn’t the only observer who is taking a measured approach to the app deployment. While he is impressed by the dedication and innovation taking place at FMG Suite, app deployment isn’t as important as personalized marketing material and choosing the right forum for deploying it, said Jud Mackrill, CEO and co-founder of integration-as-a-service company Milemarker and former CMO at Carson Group.

He has yet to use the app, but said “canned content, blessed by compliance, that you can get out there is generally the lowest common denominator. I want to personalize it and have it be my own unique view on everything.”

Nevertheless, deploying a mobile app is a step in the direction of communicating with clients where they really consume information: text messages.

“The natural extension of this should be compliantly text messaging clients,” he added. “It’s important to choose your communication forum. What we are ultimately selling is trust and guidance.”