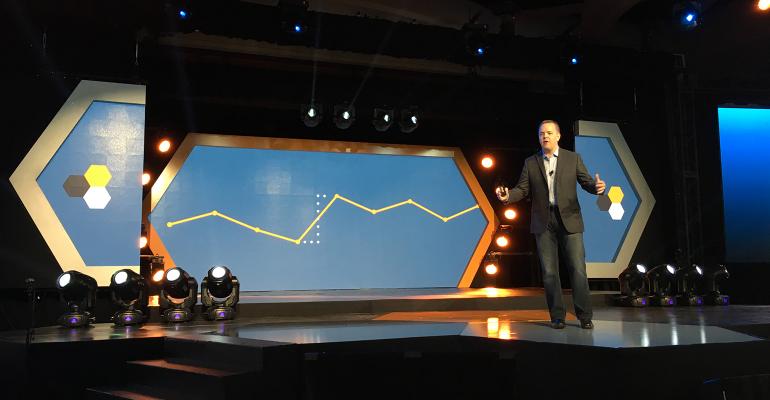 Riskalyze introduces its first new metric since the Risk Number, called GPA, which seeks to give advisors a framework to discuss investment returns in relation to risk profiles.

Riskalyze is adding its first new metric since its Risk Number was introduced to advisors five years ago. Called GPA, the quantitative metric is designed to provide advisors and their clients with a way to measure the efficiency of return per unit of risk, ranging from 1.0 to 4.9. Alongside the new metric, Riskalyze also introduced a feature called Multiple Opinions, which allows an advisor to intake and consider the risk profiles of different individuals, a mobile app and an improved client profile with side-by-side portfolio viewing.

The additions and improvements were unveiled at the firm’s Fearless Investing Summit in San Antonio, Texas. The GPA metric, which has been in the works for 4 years, can be applied at different levels, including funds, accounts and portfolios, said Riskalyze CEO Aaron Klein. The tool gives advisors a way to differentiate portfolios that might have the same risk score but different efficiencies of return.

The new metric is designed to be used in conjunction with the firm’s traditional risk metric. “We see it as a bit of a journey,” said Klein. “GPA is not about alignment, it’s a conversation point to help clients understand the decisions made by the financial advisor. The Risk Number is about alignment.” He said the new metric should give advisors a data point for showing why the advisor is choosing one fund over the other or even why the advisor’s outlook on the future justifies a lower GPA today, in exchange for a better returns down the road.

Choosing not to build the GPA metric into the Risk Number was about simplicity for advisors, said Klein. The company also plans to work with asset managers to showcase the work that asset managers have done to provide higher returns per unit of risk, he noted.

While GPA was arguably the crown announcement, advisors like Patrick Fross, VP and advisor at Fross & Fross Wealth Management in The Villages, Fla., seemed most excited about the Multiple Opinions feature. Designed to alleviate the tension created by different risk profiles between spouses, or even investing committees for nonprofits, the new feature allows advisors to launch separate risk questionnaires and discuss how to handle different risk profiles. Solving for the differences is left to the advisor and clients.

“The risk number was getting a little stale,” Fross said, noting it’s still useful for prospecting new clients, but had become a mainstay for existing clients. He was “intrigued” by the new GPA metric and was already envisioning new ways to incorporate the metric.

In addition to GPA and Multiple Opinions, more than 600 attendees at the conference received immediate access to the mobile app. The app doesn’t try to recreate the desktop experience, instead it focuses on tasks that might occur more in a mobile environment, like responding to new leads, accessing key client data such as risk questionnaires and client check-ins and approving Autopilot trades to be executed from the back office then or at a later time. The free app will be available for iOS and Android users before the end of the year and into the beginning of 2019, respectively.

Other major upgrades included a client profile that supports side-by-side portfolio comparisons, a redesigned edge-to-edge user experience, including better search functionality, and Premier users will note that events can now be added to Retirement Maps. The events are API-enabled, so they can be pulled into outside financial planning tools.

The new GPA metric, Multiple Opinions, and the new client profile are available for opt-in today. The event-adding feature for Premier users will be available in December.