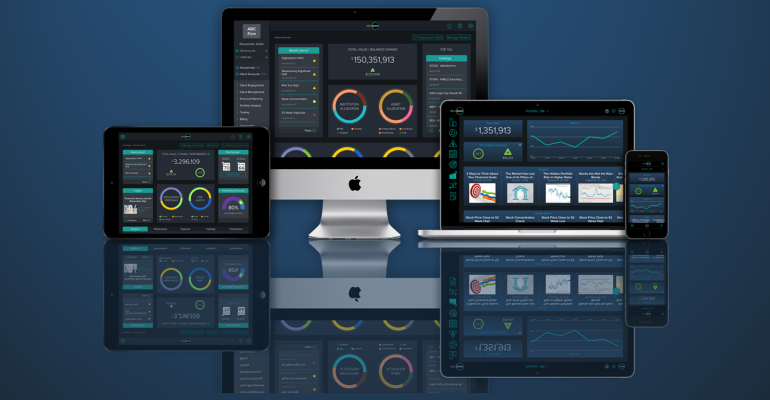 The digital wealth management platform improved its user interface in a 'major update,' according to the firm.

CircleBlack, the portfolio management and performance reporting tech firm, has updated the software's user interface and improved its connectivity with other applications with an eye toward making the technology easier for enterprise wealth management organizations to use, according to an announcement from the firm.

The firm said it is eliminating "legacy programmatic overhead," to make the tools on the platform faster and easier to integrate with future partners or other applications.

The firm highlighted a new configurable dashboard and workflows that can be customized according to job functions. Users "wanted the ability to view more data on one screen, and the option to customize more features—so that's what we gave them,” said Sarah Rasmuss, chief product officer, in a statement. “It's faster, more logical, more relevant and highly efficient."

CircleBlack has $80 billion on its platform and services 86 RIAs, according to CEO Alex Sauickie. He has been at the helm for less than a year after taking over for the late John Michel. Sauickie said the firm is an "early-stage" company "poised for tremendous growth," despite its start nearly a decade ago as BloombergBlack.

Late last year the firm identified mobile application development as a top need, according to Sauickie.

But as CircleBlack started on its development timeline, it decided on a back-end programming update that expanded into front-end enhancements and the user interface remodel, said Rasmuss. Following the improvements, the system now scores 22% better than the average retail digital experience across all sites, including consumer ones like Amazon and Google, according to an internal user experience survey.

Enterprises using the firm will be able to take widgets and discrete CircleBlack features and embed them in their own platforms and user interfaces, she added.

Moving forward, advisors should expect more "next best step" functions—a feature that will indicate to an advisor where opportunities are to provide follow-through advice. Sauickie outlined plans for "deep integrations" with third-parties last year and the firm is making good on that commitment, with planned integrations to include tie-ups with StratiFi, RIA in a Box, eMoney and Practifi.