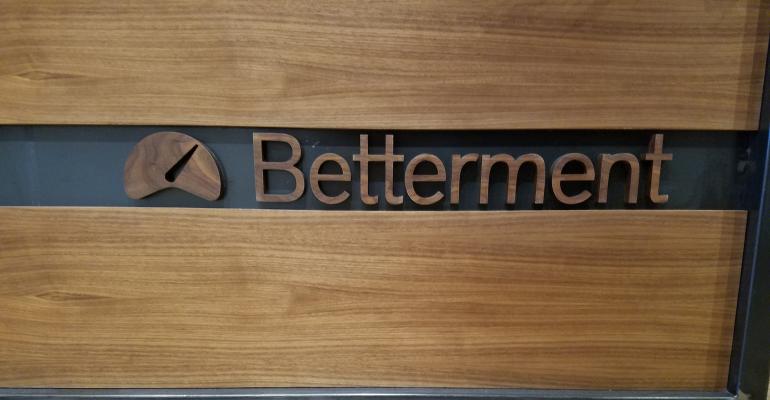 Betterment is looking west. In regulatory paperwork filed last week, the New York City-based automated advice platform, or so-called robo advisor, said it has opened a new office in downtown Denver. The filing also mentioned the firm's Philadelphia location, which opened about a year ago. The firm does not have plans to move its headquarters out of New York.

The decision to expand is a highly visible bet on growth for a firm that launched into the wealth management world just a decade ago and has evolved its strategy over the years. With the opening of a Philadelphia workspace, Betterment CEO Jon Stein planted a flag near Vanguard, the firm founded by Stein’s “personal idol,” Jack Bogle. However, geographical proximity to that financial services firm or others didn’t factor into the decision, said company spokeswoman Arielle Sobel. Rather it was a location that offered convenient access to the firm’s headquarters, while still providing a distinct location.

Denver is emerging as a city with a “large pool of tech talent,” added Sobel. With an office in Colorado, Betterment will be geographically closer to both Silicon Valley and finance and technology centers in Texas. (Charles Schwab, for example, has plans to move its headquarters from San Francisco to a Dallas-Ft. Worth suburb.) A large portion of Betterment’s customer base is in California, so the Denver office will offer improved customer service coverage for that group.

Informally, Betterment employees at the new offices will have opportunities to brush shoulders with other fintech workers, particularly in Denver. Betterment will be opening its office near fintech firms Personal Capital, which already has a footprint in the Mile High City, and Robinhood, which expanded there last year.

San Francisco-based Personal Capital said it has nearly 30,000 square feet of downtown office space in Denver, after a July 2019 expansion, while Robinhood expects to eventually employ nearly 800 people in the city, according to a report by The Denver Post. The mobile-friendly brokerage firm opened its new campus in October, following approval of a $9 million incentive package by the Colorado Economic Development Commission, for the benefit of the Menlo Park, Calif.-based startup.

Betterment declined to comment on whether it received any tax incentives to make the move to Denver. The firm will be starting with 12 employees at the new location, opened last month, said Sobel. Philadelphia is home to 25 Betterment employees.