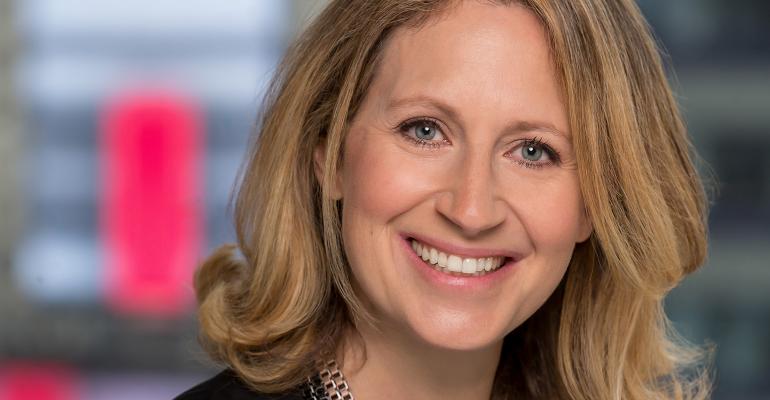 Betterment will be recalibrating and prioritizing its business to better serve advisors and more directly address the retirement plan marketplace, according to Sarah Levy, the firm’s CEO. In one of her first interviews specifically addressing the nonretail business lines at the firm, Levy acknowledged that in the past, Betterment had prioritized the retail segment at the expense of advisors and the firm’s 401(k) business. She also signaled that Betterment’s foray into cash management had largely reached maturation, and that future developments would focus more on investing, rather than the cash account products that saw the automated advice plarform, or so-called robo advisor, taking on a more bank-like bent.

Levy joined Betterment from Viacom, where she spent two decades working with brands including BET, MTV and Comedy Central. Media professionals live and die based on their audience connections and Levy said she wants to bring that same focus to financial services. She said she recognized a need for Betterment to do a better job connecting with all its customers, not just the retail clients who have historically enjoyed the most attention.

The advisor and retirement plan businesses “were sort of secondary businesses when I arrived,” said Levy. “I’m moving them up to the front of the queue.”

“I see it as our job to uniquely meet the needs of each of those customer segments. Each one has different needs and each one has a different platform,” she said.

Among some advisors, Levy will be fighting an uphill battle. In the past, advisors have been so unimpressed with the rate of innovation in the advisor segment at Betterment that they have left the platform for other wealth management vendors. Historically, it was a fair criticism, she said, but change has been underway since last summer. “Twelve months from now, I don't expect to hear that criticism from anyone,” she said.

The firm is hiring staff to focus on the advisor and retirement plan businesses, she said, and is “mid-deployment” on two “transformative catalysts”: automated custom portfolio creation and a to-be-announced back-office solution.

Levy also wants to bring more cohesion between the financial advisor segment and the 401(k) business. The segments should be mutually reinforcing, she said.

Both businesses saw bumper growth last year. The retirement plan business had a 493% increase in plans opened from 2019 to 2020, which now totals more than 700 plans. Advisors also increased deposits by 96% during the first quarter this year, according to figures provided by the firm.

For the approximately 2,000 advisors using Betterment, selling retirement plans has proven lucrative and has attracted new advisors to the platform.

But there’s a future plan to lead with the retirement business as a way to attract new advisors to Betterment, she said, without going into details.

“The advisor channel is a trillion dollars, just within the millennial generation. Then there’s another nearing-$1 trillion in digitally advised assets, and that is projected to grow anywhere from 20% to 30% per year,” she said. “These are big markets where $30 billion in assets still has so much headroom.”

Out With Cash, in With Crypto

Under Levy’s oversight, cash management won’t take on the outsize importance it has enjoyed over the past two years, she said. The efforts produced viable products and reinforced features in the firm’s investing wheelhouse, she said, but Betterment won’t be taking bigger leaps in the banking sector in the near future.

“I don't think it was a distraction; but I think it was a choice,” she said. “Investing is our superpower. Solidifying the lead in investing, where we're clearly the leader to the ‘challenger’ playing field—for me that's the priority.”

But turning away from a two-year odyssey into cash management doesn’t mean Betterment has lost its appetite for financial service moon shots.

As it ties off major projects related to cash management, it is entering the research phase for holding—and advising on—cryptocurrency. Levy said she thinks crypto will have a place in portfolios and is researching how (or if) the firm will handle it in the future.

“We will be thoughtful about how we consider making that a part of an advice solution,” she said. “We're really very much in the early innings as we think about that for investors.”

In fact, investors might soon hold their crypto assets in their Betterment accounts. “I wouldn’t rule it out,” she said.

It’s just one more change for a firm that’s undergone a number of them in the past 12 months.