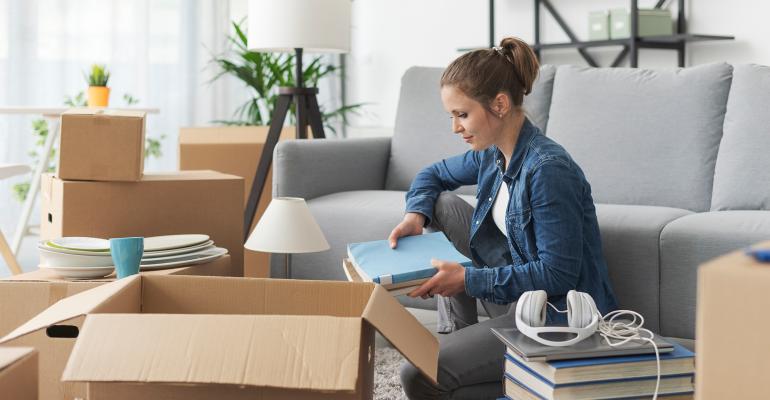 Despite repricing taking place in the sector, overall fundamentals remain healthy with leasing for the 2022-23 academic year at healthy levels.

More students are signing leases to live in student housing properties than ever before as the student housing sector has fully moved past any pandemic-led disruptions. But investors—including both buyers and sellers—are hesitant to make deals. Rising interest rates and debt costs are scrambling the financial projections of potential buyers, cutting into how much they are willing to pay for student housing properties. But most sellers are not yet willing to cut their prices, leading to a slowdown in deal activity.

Rising rents could help make up some of the difference. And at least a few buyers and sellers are already beginning to negotiate more seriously based on very strong pre-leasing data, according to market observers.

“A lot of investor groups went on pause. We are seeing groups un-pause quicker than anticipated,” says Jaclyn Fitts, executive vice president and co-lead of the CBRE National Student Housing team. “Groups that a month ago told me they are on the sideline are already coming back.”

The summer months have always been slow for student housing dealmakers, as buyers and sellers wait to see how many student housing beds lease in time for the start of the academic year. The rise in interest rates has made that slowdown downright glacial, according to dealmakers like Fitts.

Interest rates are way up

Investors in student housing now have to accept much higher interest rates when they take out a fixed-rate, permanent loan.

Typical interest rates for permanent student housing loans were about 5.25 percent in the last week on July 2022, which was before the Fed hiked rates by another 75 basis points this week. “This time last year we were underwriting about 3.65 percent interest rates,” says Jamie Swick, senior associate for the National Student Housing Group at Colliers International.

Higher interest rates have a huge effect how big a loan student housing properties can support—and how much money an investor can afford to pay.

Sellers have not immediately adjusted their expectations. “Sellers are still pushing for prices that would likely result in negative leveraged returns for buyers—those types of deals work for very little of the equity in our space,” says Swick.

Cap rates are eventually likely to rise. But they typically don’t rise (or fall) in lockstep with long-term interest rates. “I don’t believe it is directly correlated,” says Fitts.

The average, trailing 12-month cap rates for sales of student housing properties was still under 5 percent in May 2022, close to the lowest those cap rates had ever been, according to MSCI Real Assets, based in New York City.

It may be months before buyers and seller negotiate and close enough deals for the effect of higher interest rates to show up in the data.

Many potential sellers are waiting to put properties on the market until it’s clear what new cap rates buyers and sellers will accept as interest rates rises.

“I have recommended to groups that have come to me this summer thinking of selling to hold off,” says Fitts. “Transaction volume will slow down done in the second half of 2022.”

“We will probably see a decrease in transactions until we see where rent rates land in the fourth quarter of 2022 and we start to show what rent growth is achievable in the first quarter of 2023,” says Swick.

“National pre-lease and rent growth are both tracking at all time high levels,” says Carl Whitaker, director of research and analysis at RealPage, Inc. “It’s likely the 2022 academic year will start with record figures on both of those fronts.”

As of June 2022, 86.2 percent of beds were pre-leased for the fall 2022 academic year in the core 175 universities tracked by RealPage Market Analytics. That's the highest ever recorded for June by RealPage. It's also higher than the pre-leasing rate was in July in several recent years.

Effective asking rents are also up 5.8 percent compared to the year before on average. That's more than triple the average rate of rent growth over the last several years.

Rents for student housing beds may rise even higher. “You will probably see bigger rent bumps in the coming year,” says Fitts.

Many student housing operators had been cautious as they raised rents before the 2021-2022 academic year. “Everyone was a little more reserved on their renewal rates,” says Fitts. “There was some uncertainty in the market.”