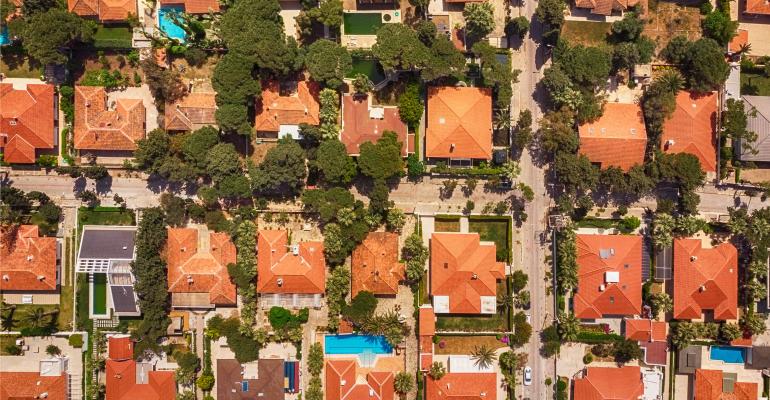 In the three months through November, single-family home purchases showed the strongest pace in 12 years.

(Bloomberg)—Sales of new U.S. homes increased in November, capping the best three months for demand since 2007 and reflecting sustained momentum in a residential real estate market that’s helping to underpin the economy.

Single-family home sales rose 1.3% to a 719,000 annualized pace from a downwardly revised October, government data showed Monday. In the three months through November, purchases averaged a 720,000 pace, the strongest in 12 years. An index of U.S. homebuilder stocks pared losses following the report.

· Increased demand for new homes is being fueled by historically cheap borrowing costs, the lowest jobless rate since the 1960s and stronger income growth. The strength in housing should continue to fuel gains in residential construction, a direct input into the government’s calculation of gross domestic product.

· At the same time, low supplies continue to put upward pressure on prices, offsetting some of the boost in affordability from low interest rates and wage gains. The median sales price of a new home increased 7.2% from a year earlier to $330,800 in November.

· Data last week showed sales of previously owned homes, which make up the vast majority of the market, declined in November as lean inventory continued to restrain an industry with otherwise solid growth. New-home sales are considered a timelier barometer than those of previously- owned homes, which are calculated when contracts close.

· Purchases of new homes rose in two of four U.S. regions, led by a 52.4% surge in the Northeast and a 7.5% gain in the West, which recorded its highest sales level in two years.

· The supply of homes at the current sales rate dropped to 5.4 months from 5.5 months in November. The number of new homes for sale held at 323,000.

· The number of properties sold for which construction hadn’t yet started increased, while the number of partially built dwellings climbed to the highest level since July 2016. The figures indicate a robust pipeline for homebuilders.

· Changes in the seasonally adjusted data are volatile and have a wide margin of error. There’s a 90% chance that the monthly percentage change was between a 9.7% decline and a 12.3% increase, according to the U.S. Census Bureau. The report is published jointly by Census and the Department of Housing and Urban Development.

--With assistance from Jordan Yadoo.

To contact the reporter on this story: Vince Golle in Washington at [email protected]

To contact the editor responsible for this story: Scott Lanman at [email protected],