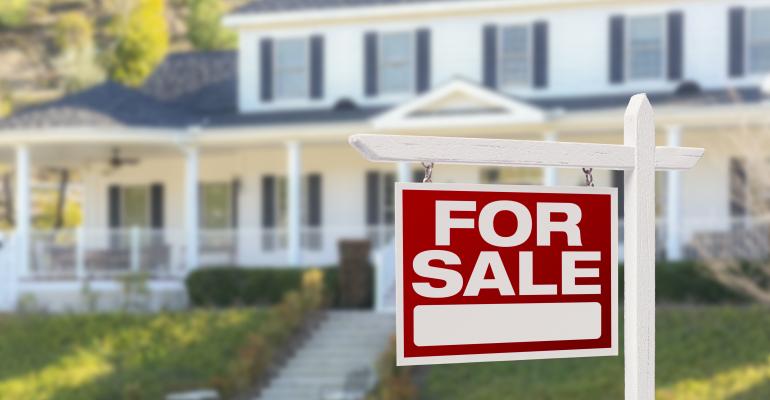 Sales of existing homes reached a three-month high in May.

(Bloomberg)—Sales of previously owned U.S. homes rebounded in May to a three-month high as all regions gained amid lower interest rates and a labor market that remains strong.

The gain is a welcome sign for a housing market that’s struggled to regain its footing after a weak 2018. Low mortgage rates and a robust labor market are helping affordability for first-time buyers, bolstering Federal Reserve Chairman Jerome Powell’s view that American consumers are in good shape. Still, the pace of home sales has weakened from a stronger pace earlier in the expansion.

Recent housing data have offered a mixed picture on the market, with housing starts falling from an April reading that was stronger than initially reported. Homebuilder sentiment deteriorated in June for the first time this year while permits gained, signaling a more robust pipeline of properties.

“The purchasing power to buy a home has been bolstered by falling mortgage rates, and buyers are responding,” NAR Chief Economist Lawrence Yun said in a statement.

Economists surveyed by Bloomberg had projected sales would rise to 5.3 million. April’s reading was revised up to 5.21 million from 5.19 million.

Home purchases advanced across all four regions, led by a 4.7% rise in the Northeast. First time buyers accounted for 32% of sales nationally, unchanged from the prior month.

It would take 4.3 months to sell all the homes on the market at the current transaction pace, compared with 4.2 months in April; anything below five months of supply is a sign of a tight market. The number of homes on the market increased to 1.92 million, the most since July.

Existing-home sales account for about 90% of transactions and are calculated when a contract closes. New home sales, which make up the remainder, are counted when contracts are signed. Government data on May new home sales, due Tuesday, will complete the picture of how real estate fared in the month.

--With assistance from Jordan Yadoo.