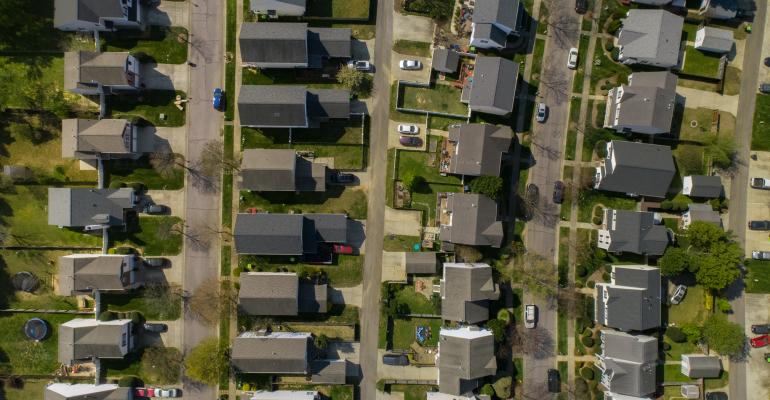 Tricon Residential is teaming up with the Teacher Retirement System of Texas, Pacific Life Insurance and a third institution for an SFR joint venture.

(Bloomberg)—Tricon Residential Inc. is forming a $5 billion joint venture to buy more than 18,000 rental houses over the next three years, as institutional landlords gather capital to deploy in the hot U.S. housing market.

Toronto-based Tricon is teaming with the Teacher Retirement System of Texas, Pacific Life Insurance Co. and a third institution to commit $1.4 billion in initial equity. The joint venture will use the funds and debt to buy homes, focusing on properties that cost roughly $250,000 and U.S. markets where Tricon already operates, though it may also expand into a small number of new markets.

The joint venture represents one of largest efforts to raise money for single-family rentals, a business that’s getting increasingly competitive as institutional investors flock to an asset class once dominated by small investors. It also comes in the middle of a housing boom sparked by the Covid-19 pandemic that has pushed prices out of reach for many would-be homebuyers.

Tricon, the smallest of three publicly traded companies in the space, has been among the most active fundraisers. In May, it announced a separate joint venture that will seek to buy $1.5 billion worth of purpose-built rental houses. Last year, it raised $300 million in preferred equity from investors led by Blackstone Group Inc.

Berman said Tricon aims to double its holdings to 50,000 rental houses within the next three years. That would allow it to gain scale and offer quality housing to a larger population of renters, he said. And while heavy demand for single-family homes has pushed prices higher, rent growth has helped offset those increases.

“We’re playing in a market that’s extremely hot,” Berman said. “Inventory has never been lower, but there are still lots of homes trading. We are having to pay higher prices, but we are also able to get higher rents.”