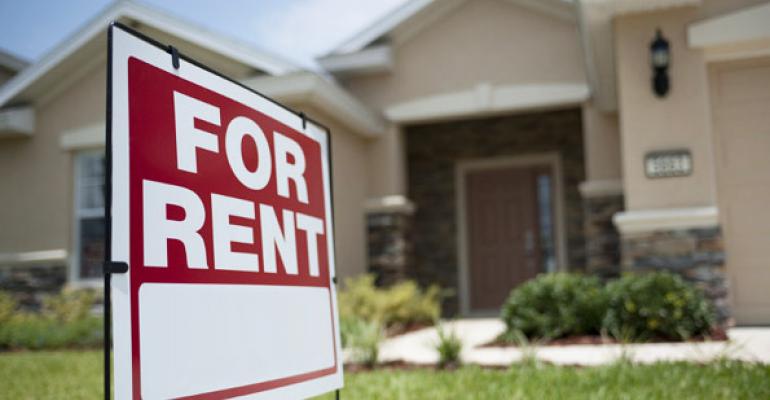 Investors in single-family rental (SFR) homes are increasingly buying assets from mom-and-pop operators who own just one or two properties.

“The middle of the market is growing at the expense of the mom-and-pop sector,” says Daren Blomquist, senior vice president of property data firm ATTOM Data Solutions. “The handful of 800-pound gorillas in the industry who own tens of thousands of properties are not acquiring a lot more, other than through mergers and acquisitions.”

As investors consolidate their portfolios, agency lenders are there to help. Fannie Mae and Freddie Mac have both announced programs that provide long-term financing at competitive interest rates to help investors refinance and acquire SFR properties—in some cases potentially building up portfolios large enough to attract the interest of the largest companies, like Invitation Homes or American Homes 4 Rent.

“It feels very much like the apartment industry did in the early 1990s,” says Anthony Cinquini, managing director in the Los Angeles office of Berkadia, a Berkshire Hathaway and Leucadia National company. Berkadia now offers financing for SFR assets through Freddie Mac, with fixed interest rates and loan terms as long as 10 years.

The total number of non-owner-occupied single-family homes grew by just 2 percent between February and November 2017, according to Attom data. “Prices are continuing to increase rapidly in many of the markets that are attractive to single-family rental investors, making those markets less attractive for new acquisitions,” says Blomquist.

At the same time, some smaller investors are graduating to become owners of mini-portfolios, with three to 10 properties. “Folks who dipped their toes in the market in 2015 or early 2016 and bought one or two single-family rentals are now buying more,” says Blomquist.

Larger investors are also expanding. The number of investors who owned more than 100 houses grew by more than 36 percent between February and November 2017. “Single-family operators who already owned 100 or more properties are buying even more and are moving up into the 250-plus and 500-plus and even 1,000-plus categories,” says Blomquist.

Fannie and Freddie fuel the fire

Fannie Mae and Freddie Mac now offer financing that is helping to make this consolidation possible.

At the beginning of 2017, single-family rental giant Invitation Homes received a 10-year loan for $1 billion from Fannie Mae and Wells Fargo. Since then, both agencies have launched lending programs that allow the owners of smaller portfolios to find financing with competitive, fixed interest rates and loan terms as long as 10 years. For example, through Freddie Mac’s program, Berkadia offers five-year, seven-year and 10-year loans with either fixed or floating interest rates.

Before these programs, many SFR investors relied on bank loans with shorter loan terms. The interest rates on these loans often floated at around 5 percent compared to the much lower fixed-interest rates available to owners of multifamily buildings.

The new programs from Fannie Mae and Freddie Mac will probably have the most impact on investors who own from a few dozen to 100 rental houses, said Cinquini. The larger companies like Invitation Homes, though they will also benefit, have many other ways to raise money and, in some cases, can even issue their own bonds.

“It should help lower mortgage rates for single-family rental operators, helping them to increase their rate of return on current rentals without having to raise the rent, and also opening up more potential rental acquisition opportunities that may not have penciled out previously with higher mortgage rates,” says Blomquist.