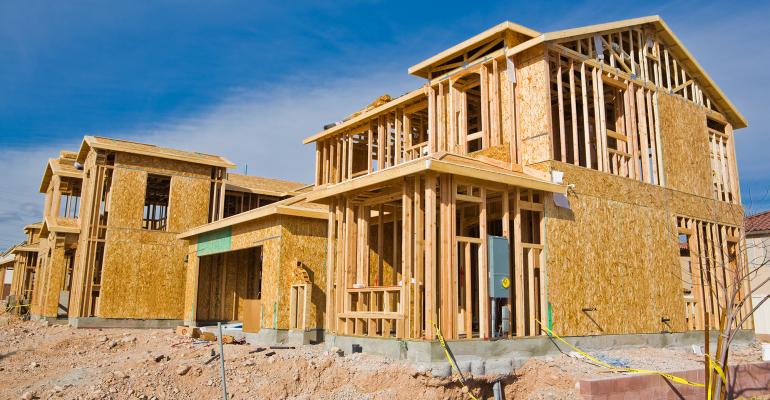 Close to 5 percent of all the single-family houses that developers started to build in 2022 are planned to be operated as rental houses.

Developers will start construction on tens of thousands of new rental houses in 2022.

The biggest companies that own and operate single-family rental (SFR) housing—like the REITs Invitation Homes, Tricon and American Homes 4 Rent—are all creating thousands of new, build-to-rent houses. These homes are rising in subdivisions planned from the start to operate as rentals, with shared amenities for the renters like swimming pools and pet parks.

These same companies often still buy individual, existing houses to renovate and operate as rental homes—even though home prices are rising as fast or faster than development costs like prices of construction materials and wages of construction workers. Strong demand is filling rental houses of all types—both build-to-rent and existing houses—and the rising rents are attracting investors to all types of single-family rental houses.

Related: Does Institutional Ownership of SFRs Help or Hurt the Housing Sector?

Close to 5 percent of all the single-family houses that developers started to build in 2022 are planned to be operated as rental houses, according to data from the U.S. Census. That’s up close to 2 percentage points from 10 years ago.

“The activity in build-to-rent has definitely increased over the past three years,” says Don Walker, managing principal and chief financial officer for John Burns Real Estate Consulting. “There has been a lot of interest in single-family rentals and build-to-rent in particular.”

Developers are becoming more and more active. About 6 percent of the lots and land purchased by homebuilders in the fourth quarter of 2021 were bought by build-to-rent companies, according to John Burns.

However, build-to-rent is still a relatively small part of the housing market. Developers are likely to start construction on 1.8 million housing units in 2022 in the U.S., according to a forecast by John Burns. Just 4 percent of those—or 50,000 to 72,000 units—are likely to be single-family houses built to be rented. “In comparison, we are looking at 500,000 multifamily starts,” says Walker.

Demand strong for both new rental houses and existing houses renovated to rent. Overall, 94.9 percent of single-family rental houses were occupied in the fourth quarter of 2022, according to data from the U.S. Census. “That’s the highest occupancy rate in 25 years,” says Walker. The occupancy rate has been inching higher for years, up from a low of around 95 percent in 2006.

“The housing shortage, as well as long-term systemic demographic drivers, are expected to continue to push demand and rents higher estimated at 4 percent to 8 percent in 2022 alone,” says Josh Hoffman, president of Bluerock Value Exchange.

Demand is rising for professionally-managed rental houses—both new and old. “The thesis is getting proven out in a major way,” says O'Brien.

“Renters do appreciate professional property management services,” says Walker. “When they rent from a larger group that has the resources… when you have a plumbing leak they can fix it.”

So far, it’s not clear which type of SFR house typically earns higher rents. “BTR communities that offer amenity options similar to vertical apartments such community pools, clubhouses playgrounds, and maintenance-free options will appeal to certain renters whereas existing homes in established neighborhoods converted to rentals may offer benefits of more space and less impact from neighbors which will appeal to other renters,” says Bluerock’s Hoffman.

Leading SFR companies like Invitation have created technologies that make it possible to operate large portfolios of scattered-site, rental houses. However, these companies are having to expand beyond their niches. “It is now harder to find scattered-single family houses for renters,” says Walker. “That is one of the reasons that investors are looking towards build-to-rent.”

Invitation announced a partnership in 2021 to created new, single-family rental houses with Pulte Homes, even as the company continues to buy existing home.

Investors continue to pour money into SFR properties–built-to-rent in particular.

“I don’t think it has plateaued,” says Walker. “There has been a lot of capital raised over the past few years for Build-to-Rent. It is going to take a little while for it to be employed.”